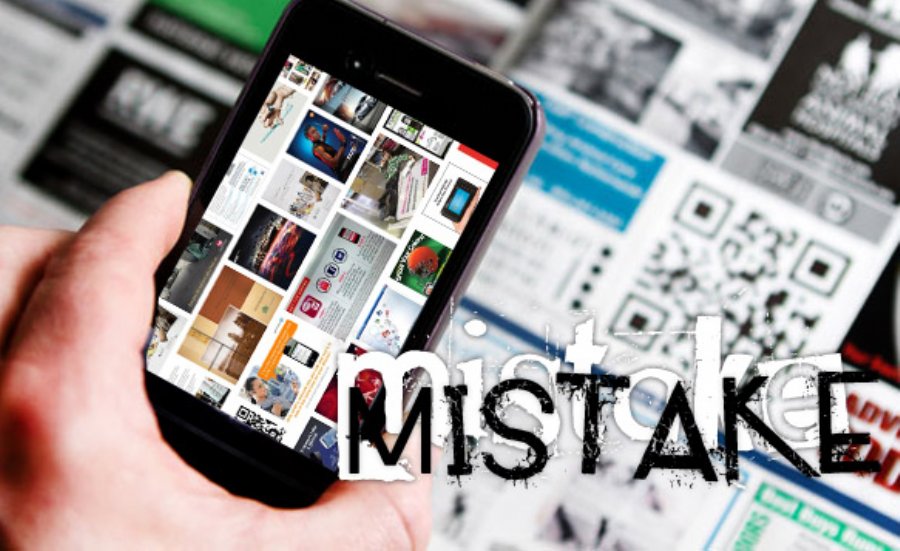 There are so many options for app developers to consider when using adds to monetize their app traffic. Unfortunately there are also a few things that need to be considered before picking an ad network to use that are often overlooked.

Mistake#1:  Not segmenting your inventory effectively

When it comes to inventory segmentation for advertising, developers usually do not categorize their inventory well. It’s absolutely imperative to understand which inventory you want to use to show house ads vs. inventory that you wish to monetize through an ad network or an ad exchange. For instance, to your premium users, you could show promotional house ads to sell virtual goods instead of showing an ad-network ad. You will realize that by effectively understanding the sections/ placements of your app where your ads perform well, you will be able to generate higher eCPMs.

Data is of key importance for any ad monetization platform/ ad networks. User
insights are useful not just to developers who wish to optimize their app experience for users, they are also critical to ad networks and exchanges to enhance relevance of ads shown to these users. Ad networks rely heavily on publishers to pass as much as data as they can. Some of the valuable signals that you should pass to the network include user identification signals, anonymous user data (demographic information), geographical data (latitude/longitude )and appropriate categorization of placements. It’s intuitive, really – more data sent to monetization platform implies better
chance of receiving high yield campaigns.

Most developers believe that more ad exposure means more money. However, exposure at the wrong instance could leave your users annoyed. For instance, be careful to not show ads until the app loads properly. Also, being sensitive to a user’s mood inside the game can help you choose intelligently between showing an ad and selling a virtual good.For example, you could choose to up-sell a virtual good when the user loses inside a particular level and offer him options to win the level. On the other hand, if a user has won the level you can show him full screen Interstitials ad. Why? Well, because the user is more likely to be engaged after he’s won a level and therefore be more likely to interact with ads.

Be sure to also continuously tune your refresh rate for each slot in the application. Try and shoot for a higher CTR for each slot so you can get more out of your inventory.

Most developers spend a lot of time thinking about user-experience while building their application but tend not to spend enough time choosing appropriate ad sizes based on the form factor of a device.One trend we see is that developers tend to test only one ad size before launch. Our recommendation has always been to test multiple ad slots, as each ad slot is likely to receive ads of different formats. Be sure to test various formats– Banners, Expandable, Video ads to ensure your app doesn’t have any problems.

Another point to note is that while interstitials are supported by all ad networks, most developers treat banners as interstitials. Just to iterate the difference here, in an interstitial ad it’s the developer’s responsibility to handle the loading of an ad appropriately. What does that mean? First you request for an ad, wait for it to load and show the ad only when it’s loaded.

User-privacy is absolutely sacrosanct. When you are working with multiple ad networks, please check what their privacy policies are and how they use the shared data. Also ensure you are always encrypting user identifiers before sending them to any server.As a developer, you have the moral responsibility to explicitly solicit user permission for any type of data you use or send to ad networks. For instance, Apple’s policy prohibits the usage of latitude/ longitude data for use cases outside your app, such as sending the data for monetization. Be sure to also ensure that there are easy to access opt-out mechanisms in place and that the monetization partners you work with adhere to users’ choices.

As a developer, I am sure you are already thinking differently about app development for tablets. An iPad with its two-hand gaming experience and the iPad Mini with its single-hand gaming experience could mean design differences, differences in user-experience and the like. But when it comes to advertising are you taking a different approach? If you are using the same ad sizes, the same ad formats for tablets and phones, you could be losing out on revenue opportunities that bigger devices have the potential to bring.You should try using new innovative ad formats that ad networks are launching/have launched exclusively for tablets. These tablet-specific formats yield higher revenues and make the entire development worth the extra effort.

Update At InMobi, we work with thousands of developers across the globe and one question that we frequently receive from them is around how to make more money from ads. In this blog post, I would like to address that question, but in a slightly different way – I would like to share with you some of the common but deadly mistakes that developers looking to monetize their apps using ads should avoid. Most often we have noticed that avoiding these alone can result in increase in revenues, sometimes up to 100%!