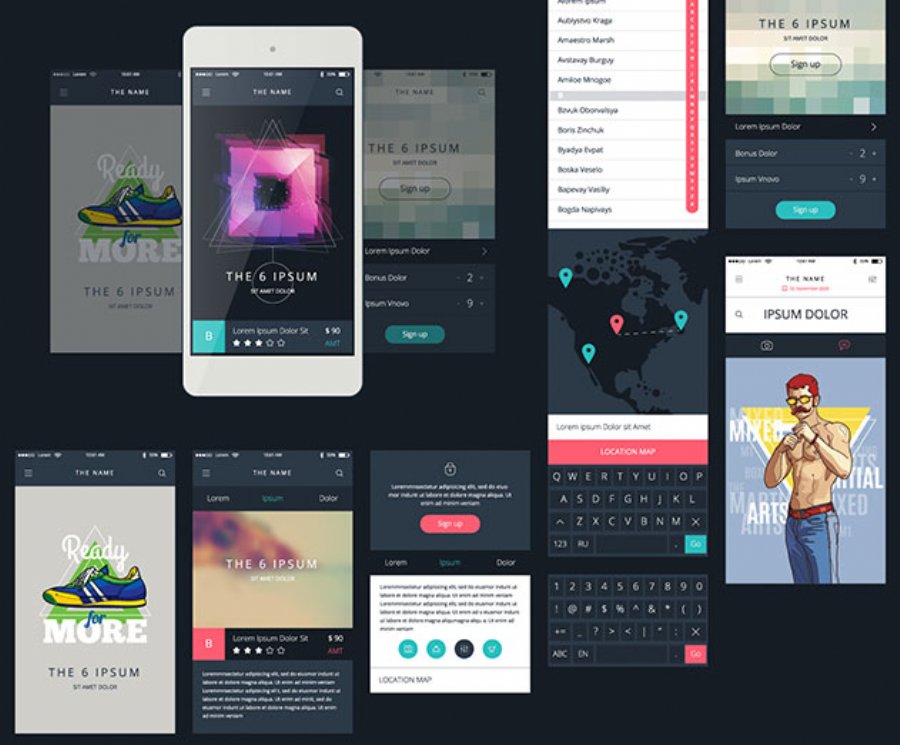 Should you invest in a mobile app or a website, one mans perspective on choosing websites over mobile apps, as an investment to your business.

Since the dawn of the first iPhone, Apple has been shaping the mobile narrative to suit its interests. Apple is able to maintain its dominance over the mobile market by brainwashing much of the technology industry into thinking that businesses need to spend hundreds of thousands of dollars creating and maintaining mobile apps to reach their target audiences. In fact, up to 42 percent of SMBs have built a mobile app, and that number is expected to grow to 67 percent by the end of the year.

This narrative has certainly paid off for Apple: its revenue from just the App Store in 2017 is already over $4.9 billion. That's 40 percent higher than Apple's net income in 2007 (a "meager" $3.5B). But the fact of the matter is that many businesses are wasting their money investing in native applications. Apps aren't advantageous for most developers, or even for a majority of consumers.

On average, it takes eight months and $270,000 to develop a native app. And due to the difficulties associated with device/OS fragmentation, many enterprises spend millions of dollars on each wave of app updates they release. The possibility for such businesses to make any of that money back is minute, at best. It was revealed last year that of all App Store publishers in the U.S. with paid apps or in-app purchases, just 1 percent of those who monetize their apps accounted for 94 percent of the store's revenue.

The remaining 6 percent - approximately $85.8 million - was divided among the other 61,677 publishers. That averages out to $1,391 per publisher - not a whole lot of revenue. And now thousands of these businesses and developers are watching their hard work turn obsolete as Apple drops support for 32-bit apps with iOS 11, amounting to roughly 8 percent of all apps on the App Store.

At the same time, consumers already have all the apps they want or need. They're not looking for new ones, which is why app downloads in the U.S. are slowing down, having declined more than 20 percent year-over-year. The average consumer downloads only a handful of apps a year, almost all of which are free, and 42 percent of all app time spent on smartphones occurs on the users' single-most used app (typically big brands like Facebook, Google, YouTube, Pandora, etc.).

So what should businesses do, rather than invest in apps? Simple - put that money toward their mobile websites.

Mobile apps were originally developed as a fix for the connectivity problems and poor quality that initial smartphones had roughly a decade ago, like 3G mobile networks and early mobile browsers. But the technology for mobile browsing has come a long way in the last decade, thanks largely to the cloud.

Cloud-based browsers offer impressively quick browsing by outsourcing all of the website processing to data centers, which enables the phone to simply be a display of the content running on remote servers. This makes mobile browsing up to five times faster, with 80 percent less data usage, compared to native apps - a nod to hundreds of millions of smartphone users who aren't on an unlimited data plan.

Leveraging the technology of the cloud for mobile browsing also offers a number of flexibility and security benefits. Consumers using such browsers don't need to worry about constantly downloading the latest updates to their phones and developers can focus on maintaining their websites instead, which saves time, money and network bandwidth. Since all of the processing happens on remote servers, users are safer from cyberattacks. Through the cloud, all website traffic can be handled and filtered through unique, encrypted connections.

New web standards and frameworks have also made mobile websites better, faster and easier to use. Not only have companies been spending the last few years tweaking and optimizing their websites for the mobile experience, but open-source projects like Progressive Web Apps and Accelerated Mobile Pages have led to a new standard for mobile websites. Such systems enable lightning-fast load times on an array of unique browsers and devices without fear of distortion or altered functionality due to differences in size and specs, making addressing fragmentation easier than ever.

All of these advances, as well as many companies following Google and supporting integration between their desktop and mobile ecosystems, are contributing to incredible growth in mobile browser usage among smartphone users. Consumers worldwide are even starting to access the web from mobile devices more than they are from desktops or notebooks (51 percent on mobile vs. 49 percent on desktops and notebooks in November 2016). It is due to shifts like this that companies, including The Washington Post and Patagonia, have decided to focus on their mobile websites rather than native applications.

Businesses need to have a clear view of what approach makes the most sense for them, based on a realistic understanding of their target market's behavior and usage patterns. For many, that means it is time to look past the mobile app brainwashing and start focusing on the mobile web instead. This content is made possible by a guest author, or sponsor; it is not written by and does not necessarily reflect the views of App Developer Magazine's editorial staff.