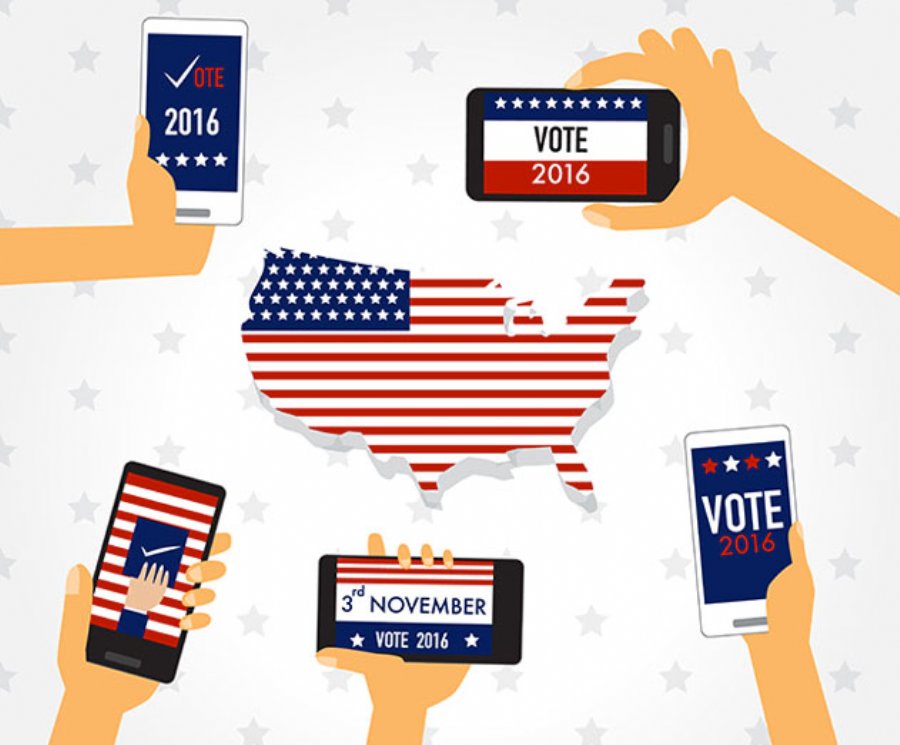 
11,908
According to a poll, 64 percent of Americans own a smartphone, and a convincing 97% of them use text messaging. In fact, text messaging is the most frequently used feature of smartphones, and remains very popular among younger audiences.
Presidential candidates are targeting a broad demographic to ensure they don’t lose edge over their rivals in any aspect. Elections are no longer only about eloquent speeches or political histories, it is more important now than ever to create awareness and attract supporters through all possible channels.
Combining Mobile with Other Channels
The current list of Presidential hopefuls are each leveraging mobile technology as a way to connect and engage with their supporters and volunteers. Through a mixture of SMS and broad-based digital strategies, each candidate is relying on mobile to increase their chances of winning. As the Obama campaign showed in the 2012 election cycle, mobile messaging can be key in engaging voters.
The 2016 field of candidates has taken note and is finding new ways to connect with supporters in real time.  Examples range from using speeches and signage to drive mobile interaction (Sanders and Cruz), to creating notifications for political events to pack arenas (Clinton), to broadcasting positions on issues (all campaigns).
The Road to a Mobile Presidency
Many of the candidates during the current Republican and Democratic primary seasons have leveraged successful mobile marketing campaigns, with a significant focus on engagement, data collection and notification alerts.
For example, the Trump campaign has used SMS to collect zip code information on those who text in. A handful have taken advantage of the use of live streaming events and responsive SMS keyword campaigns (Sanders, Cruz). And multiple candidates have used the medium to prompt small donors to give.
While these strategies have been successful at reaching a large number of the population currently using a smartphone, it’s been particularly effective in targeting and mobilizing support and enthusiasm from younger generations who are constantly on their mobile device throughout the day.
Mobile Marketing and Beyond
In addition to text, as part of a larger digital marketing platform, many of the candidates have embraced broader digital strategies that integrate into their mobile initiatives. As an example, mobile responsiveness is even more effective when it is combined with online and email marketing outreach. Industry observers point to stats that show mobile response rates rise when engagement opportunities are present and encouraged through an email message.
This integration has also worked well with social media campaigns (Sanders, Cruz) that are also effective at capturing the attention of younger voters (Snapchat), as well as middle-age and baby boomers (Facebook).
In addition to email marketing, it has been important for candidates to leverage SEO-optimized websites that are designed with responsiveness in mind for laptop, tablet or smartphone experiences, as well as targeted SEM/AdWords campaigns (Clinton, Trump).
Who’s Winning the Mobile Vote?
Similar to what was observed in the last Presidential election four years ago, Democrats are getting ahead in SMS campaigns, and social and mobile strategies. Conversely, Republicans have been effective at leveraging SMS campaigns integrated into broader digital marketing strategies such as web and email. The Sanders campaign appears to be making the broadest use of text as a tool for their campaign, which aligns with their grass roots focus on funding and engagement.
It may still be too early to tell if mobile has tilted the table one way or the other, but each so far has realized an opportunity to increase their ability to engage, collect voter data and implement notification strategies to supporters.
What Does The Future Hold?
Future Presidential campaigns will flex even more mobile muscle. Candidates looking to engage, notify and collect data on voters will leverage mobile in many of the same ways that businesses now do, which means proximity marketing will be leveraged not only as a way to identify and connect with supporters, but to mobilize and engage with them at events and polling centers.
Lastly, candidates will also analyze user data like never before, understanding their reactions and feedback as a way to shape and polish their positions on issues.
Its clear that political campaigns have clearly learned that text delivers a highly personalized and intimate means of driving voter action, and are leveraging it for their advantage.

Read more: http://www.3cinteractive.com/This content is made possible by a guest author, or sponsor; it is not written by and does not necessarily reflect the views of App Developer Magazine's editorial staff.