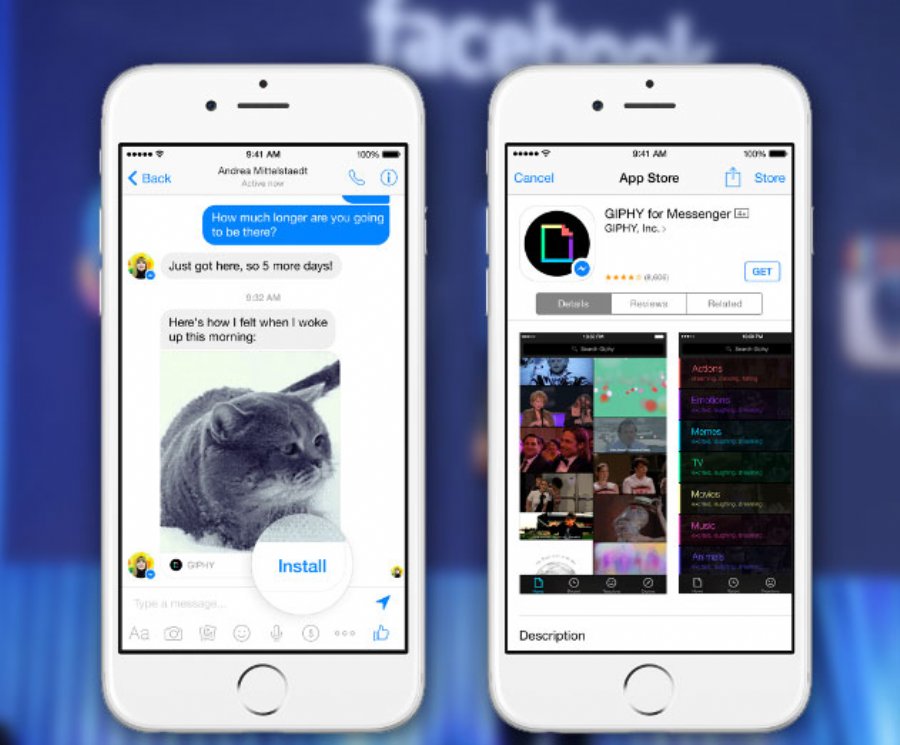 
18,874
At the kickoff of its F8 developer conference, Facebook announced a broad number of products and tools to help developers build, grow, and monetize mobile apps.
In attendance were more than 2,500 developers. Facebook announced that its developer community has doubled in size, and there are now hundreds of thousands of developers working with Facebook around the world with more than 70% outside the United States.
Here is a rundown on the new releases:
Build Your App
- Stability & Bug Dashboard: Facebook has committed to fixing 90% of bugs within 30 days and will show a chart of its progress on their bug dashboard. In addition, for bugs which affect core parts of the platform like Login and Social Plugins, developers will now see an estimate of when they can expect their bugs to get fixed.
- Graph API v2.3: API v2.3 marks the fourth versioned API release, with a new Debug Mode offering more visibility and additional data on each API call, updated functionality for managing videos and Pages, and new features that give people more control over their information.
- New SDKs for iOS and Android: Facebook has completely rebuilt its iOS and Android SDKs for version 4.0. The simplified programming models for Login and Sharing make it easier to automatically handle errors, and reduce the size of an app using the SDKs.
- Parse for IoT: Connect apps to hardware devices and build for the Internet of Things with new SDKs for the Arduino Yún microcontroller board and Embedded C.
- Parse Enhanced Sessions: A more secure way to manage session logins for each device.
- Parse + React: Parse is launching a library to bring its data platform to applications built with the React front end framework. This makes it easier for developers to build complex and dynamic apps with Parse.
- Parse Cloud Code Webhooks: Write code in whatever language you want. As long as you have a server running it, your Cloud Code can integrate with it.
- Parse Explorer: A new debugging tool for production issues in your Parse app.
- Ads API v2.3: Ads API v2.3 is now open for all developers to use.
- Enhanced Video API: Updates to the Video API provide more control and customization of videos on Facebook.
Grow Your App
- Messenger Platform: A new way for apps to integrate with Messenger so people can better express themselves with GIFs, photos, videos, audio clips and more. For developers, this means more opportunities for growth and engagement.
- Facebook Analytics for Apps: A single place to understand your app's audience and measure how people use your app. This enables you to see the effectiveness of your ads, create better experiences for people in your app, and better understand the people who use your app through anonymized, aggregated insights.
- Social Plugins: Refreshed designs and better mobile experiences that will help people engage with content off Facebook. The Embedded Video Player is an entirely new social plugin that lets publishers embed native Facebook videos on their sites in a full-bleed video player, and lets people watch and interact with Facebook videos from anywhere on the web. With the new Comments plugin, people can have unified conversations about interesting content they see across the web.
- App Invites: Grow your app organically by letting people send customized invites directly to their friends.
- Mobile App Ads enhancements: Facebook’s app ads helper tool has been updated to better help with app configuration.
Monetize Your App
- LiveRail: Mobile app publishers can now use LiveRail’s monetization platform to manage their video and display ads business. Additionally, LiveRail is enabling publishers to use Facebook’s approach for delivering the right ad to the right audience.
-  In-game Gifting: A new feature that lets players gift items to friends who are also playing the game.