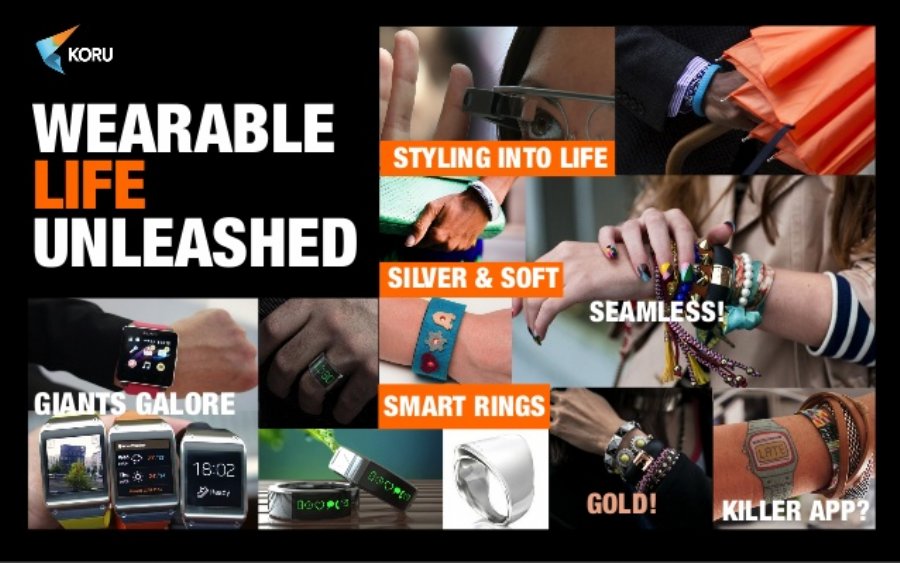 
3,294
Is 2014 going to be the year of the smart watch? The consumer market is an iffy one and who knows what market will see traction and explode on the scene (who would have thought old school earphones would become mainstream again?).
Koru Labs, which provides software for smart wearables, has issued its predictions for smart wearables for 2014 and their outlook is a fractionalized market between two extremes. The report suggests that fashion will drive low priced smart watches, deemed “cheap fun wearables,” which emphasize style over function. On the other end of the scale are offerings that feature the “gee whiz factor” which will emphasize high end tech including possible curved glass offerings from top companies.
Driving the low end market is a movement that Koru calls “Health and Happiness” which mixes fun and utility ultimately creating a market for smart watches similar to what Swatch did for the fashion watch segment.
Far on the other end of the market will be high end, high priced smart watches hitting a “sweet spot” as this market will offer extremely high margins for the manufacturers who claims this ground.