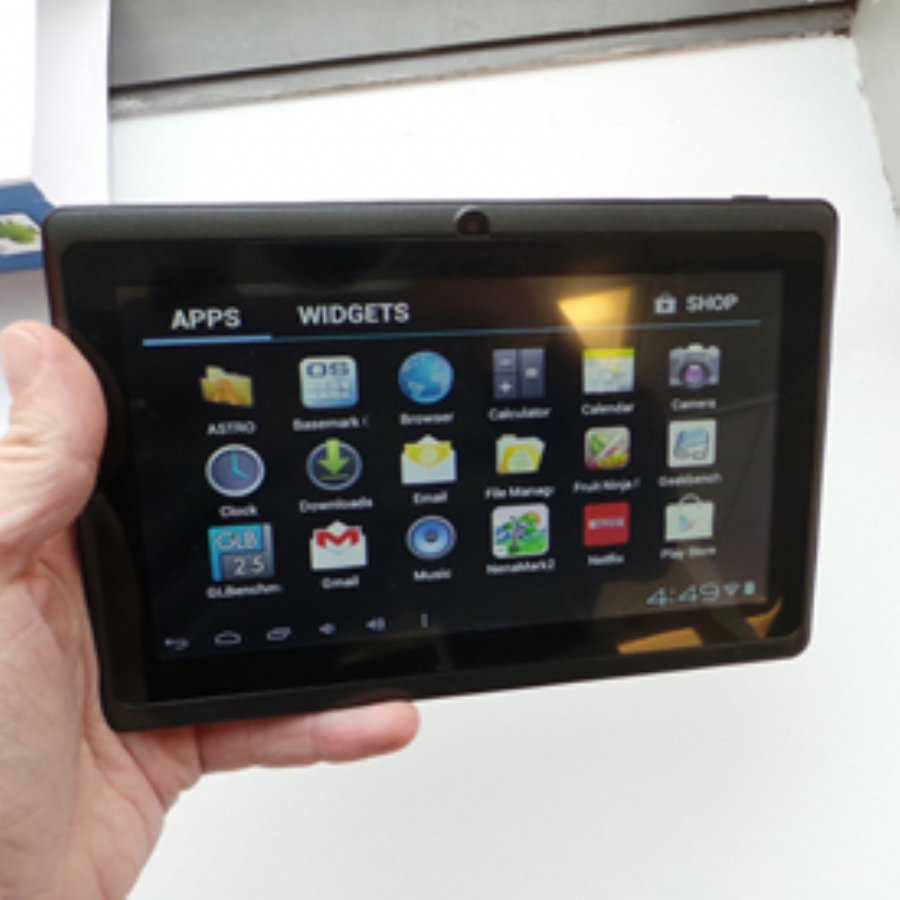 $20 Indian Android Tablet Have a look

A $20 Android tablet? This thing has to be complete junk! And how about a $2 / mo unlimited data plan? Sound way to good to be true? Maybe not, the results from this $20 tablet might really surprise you.

The Ubislate 7ci, also known as the Aakash2, is the latest gadget from Datawind, a Canadian company that's spent seven years trying to find the ideal market for some really neat data-optimization technology. On devices like the PocketSurfer andPocketSurfer 2, Datawind showed that it can display desktop Web pages quickly with low-cost devices on super-low-bandwidth networks like 2G GPRS. But it never gained major market traction in the Western world, especially as 3G and 4G networks have spread.

India may be the place that really needs Datawind's expertise. Datawind's enthusiastic founder, Suneet Singh Tuli, just inked a deal with the Indian government to subsidize his $40.41 tablet by half for up to 220 million Indian students. That means Indian teachers and kids will get a Web-capable device for $20 up front.

The Indian government is psyched about e-learning in part because of the very uneven quality of Indian education. Especially in rural areas, Indian teachers often aren't well-trained, and access to ebooks and video learning over the Internet could dramatically improve the quality of education and help stamp out illiteracy.

Hands On With the $20 Indian Android Tablet

VIEW ALL PHOTOS IN GALLERY

The $20 tablet requires Wi-Fi, though, so it'll start out on university and high school campuses that already have Wi-Fi, Tuli said. Those kinds of places also have power to charge the tablets' sealed-in batteries.

The cellular version of the tablet is even more intriguing to me. Tuli made a deal with an Indian carrier, Aircel, for an unlimited-data GPRS plan at R98 ($2) per month. That experience would be pretty awful except for Datawind's special Ubisoft browser, which as I've seen before, can actually show decent Web pages with load times of about five seconds on GPRS. (That's about a tenth of the time it would take with a normal browser.) Our PocketSurfer 2 review has some hands-on details of the technology and explains how it works.

Technology breaks through when it costs less than 20 percent of average monthly income, Tuli said. The cellular version of the Ubislate costs $6 more, but using Tuli's math, this tablet is still affordable to people who make around $3,000 a year. It even works as a phone.

Tuli also said a completely free data plan could be in the cards. Once you're down to $2 per month, it's possible to subsidize that cost with advertising and sponsorship deals, he said. Datawind already pulled off that trick in the U.K., where it bundles some free Internet access with its Ubisurfer and Pocketsurfer devices.

This isn't an off-the-shelf Chinese Android tablet, although it's indistinguishable from some of the models you'd find in a shopping mall in Shenzhen. According to Tuli, the processor is Chinese, the touch screen is made in India and the tablet is finally assembled and programmed in India.

The Ubislate 7ci is a dull slate gray, about the size of the original Amazon Kindle Fire$199.00 at Amazon. It has a plastic screen and a gray plastic back. Turn it on, and the low-quality 800-by-480 LCD lights up. This thing doesn't have a viewing angle as much as a viewing point, and the touch screen takes some noticeable pressure to activate.

There's a VGA camera right above the screen on the front, and a microSD card slot (labeled "TF slot" for TransFlash, an old name for MicroSD) adorns the back. The tablet has about 2.6GB of free internal memory divided into two partitions. Wi-Fi 2.4Ghz networking is on board, but no Bluetooth; the cellular model will have GPS.

The Ubislate runs stock Android 4.0.4 with the basic apps, adding Google Play, Gmail, and a proprietary media player. The Ubisoft browser didn't come on my unit, but it'll be on the models sold in India. Singh said to consider this a fully open-source tablet, hackable by any Indian who wants to develop software for it.

I ran our benchmarks on the tablet, and the good news is, the benchmarks run. The bad news is that as expected, they run slowly. The Ubislate 7ci has a 1Ghz AllWinner Cortex-A8 processor, so functions like an entry-level smartphone. Scrolling can be laggy and sometimes screen transitions are slow. The browser was also really slow, even over Wi-Fi. Most notably, though, all the usual apps run: the Web browser, email, games. In other words, if it's this or no Internet, this will get you on the Internet.

Why This Might Make a Difference
Yes, other companies are making very cheap tablets. Our comment boards get periodically spammed by partisans of a Chinese firm called Ainol, whose Novo 7 Basic we looked at earlier this year. Datawind's advantage is even lower prices and much better marketing. Companies like Ainol often don't have anyone on staff who speak fluent English, and their executive teams rarely leave China. Their non-Chinese websites are rife with grammatical and spelling errors. They're good at marketing within their large home country, but awful outside it.

Datawind, on the other hand, has Tuli, a fast-talking, wide-smiling Sikh who, with his traditional turban and beard, comes off as the charismatic guru of cheap tablets. I met him outside a ceremony supporting his tablet at the United Nations. He's a deal-maker, a glad-hander, and he spreads enthusiasm.

Will the $40 tablet come to the U.S.? Maybe, but Tuli isn't making it a priority. I agree that he shouldn't. We're doing just fine with our $199 tablets, and setting up tech support and repair channels for U.S. devices is expensive.

But in my mind, India is more than a good enough market for this inexpensive tech. The world's biggest democracy has shown great promise, but it's been held back by education and infrastructure problems. If Tuli can help unlock the potential of Indian kids, it'll be good for the whole world.