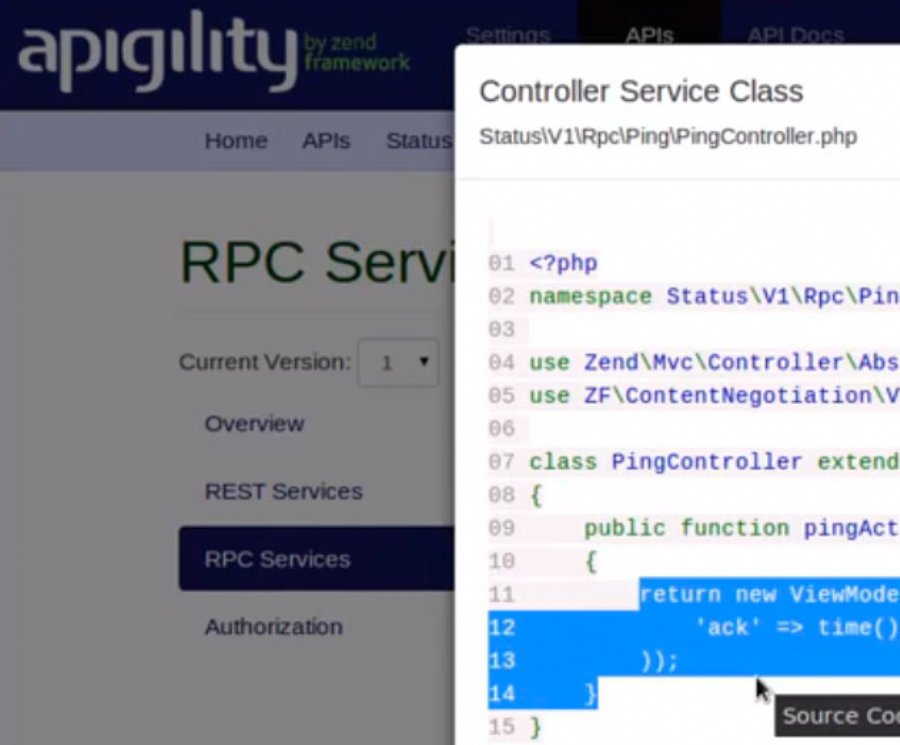 
1,866
Zend has announced the general availability of Apigility 1.0, a simple, standard interface for building and maintaining APIs. Apigility eliminates the challenges traditionally associated with designing and implementing APIs, while simplifying support for advanced API traits such as versioning, validation, error handling, documentation and more.
As the company points out, an API-based architecture is integral to future-proofing applications, allowing the same APIs to be used across multiple form factors and mobile device types, and reused in different applications throughout a company’s technology ecosystem. With the right set of APIs, companies can support Web and mobile apps whose data and services are provided by multiple back-end systems and more easily provide service to multiple front-end devices and form factors.
Developers can use Apigility to build APIs that enable mobile apps, developer communities, and any other consumer-controlled access to applications. Apigility automates some of the API-creation process, also enabling developers to add, update or remove their APIs as requirements change. Developers can also tailor APIs to specifications needed to address business requirements. Apigility allows any PHP-based business logic to be API enabled regardless of how it’s written and what framework it uses, if any.
Apigility 1.0 includes the following features:
Create APIs with RPC and REST services – Developers can create new APIs with both RPC and REST services, providing a full spectrum of web services.
API authentication – Authorization and authentication can be added to APIs, allowing credentials to be assigned to specific users.
API documentation – Developers can document their API, providing a reference to end-user consumers.
Error handling - When an error occurs on the server side, Apigility immediately reports the response involved and the nature of the problem to the API consumer. This reporting enables programmers to parse and understand what happened.
Validation – Apigility provides tools for ensuring that all data coming into an API is valid. If not, Apigility sends a single response, in a predictable format, reporting all errors. API consumers know up front when they did something wrong.
Content negotiation - Apigility will verify whether each client is capable of viewing an application, and whether data submitted to an API is of an acceptable content type. If not, Apigility sends back a response indicating that the API can’t provide a representation, or cannot understand the data.
Versioning - Apigility supports multiple versions of the same API and enables developers to easily support both old and up-to-date clients at the same time, fully automating version negotiation. The user interface allows developers to manage all versions of the API from one centralized place, and provision new versions as needed.