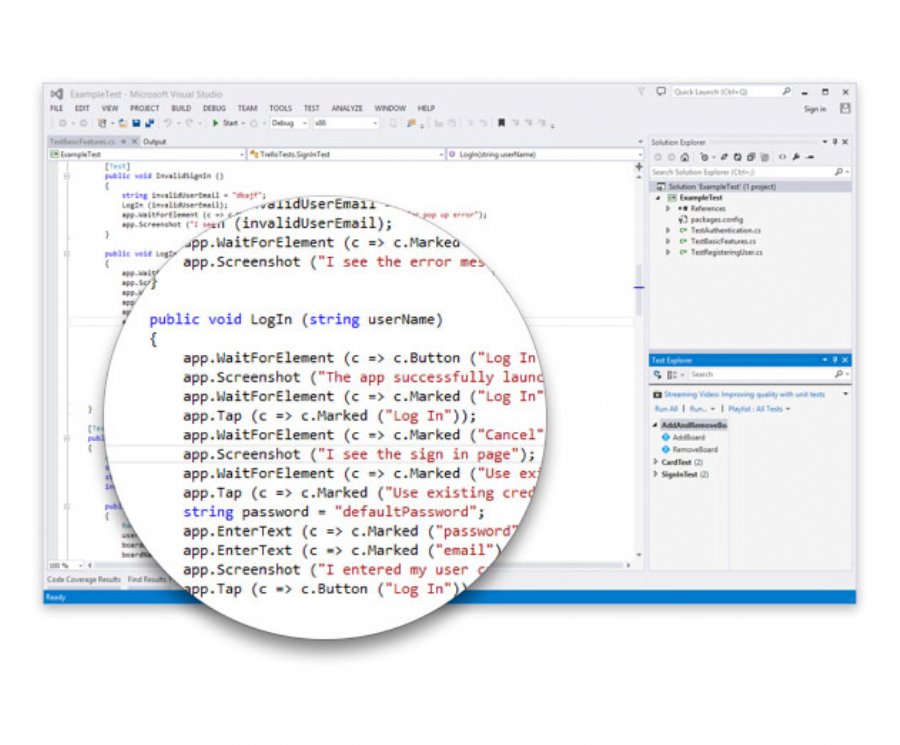 
31,329
Xamarin has announced the general availability of Test Cloud which offers over 1,000 real devices to help mobile developers test out apps.
With Xamarin Test Cloud,  developers have the ability to use their own test scripts with Xamarin’s testing framework, run them locally against emulators or devices, and then run the same tests on as many devices as they would like in the cloud. Xamarin integrates with CI systems like Jenkins and TFS, so that tests run automatically.
Xamarin has created a framework called Calabash that can automate and test any iOS or Android app, native or hybrid, from the UI level down. Xamarin provides both the automation framework and the device cloud to offer integration and continuous improvements to Calabash.
The Test Cloud platform offers real world user interactions such as perform tap, double-tap, swipe, rotate, pan, long press, and pinch. Developers can change GPS location, press physical buttons, activate the camera, and rotate the device as well as simulate real-world mobile network conditions, from EDGE to 4G, including drop-outs and high latency.
Developers can write tests in C# or Ruby with Cucumber or use Xamarin Studio and Visual Studio for C# tests. They can integrate with standard NUnit test runners and share code for cross-platform tests between iOS and Android.
To help analyze app performance developers can see full-resolution screenshots for every step of every test. The platform provides performance data (memory, CPU, duration, etc.) and provides the ability to compare reports against previous runs to find regressions and bottlenecks.