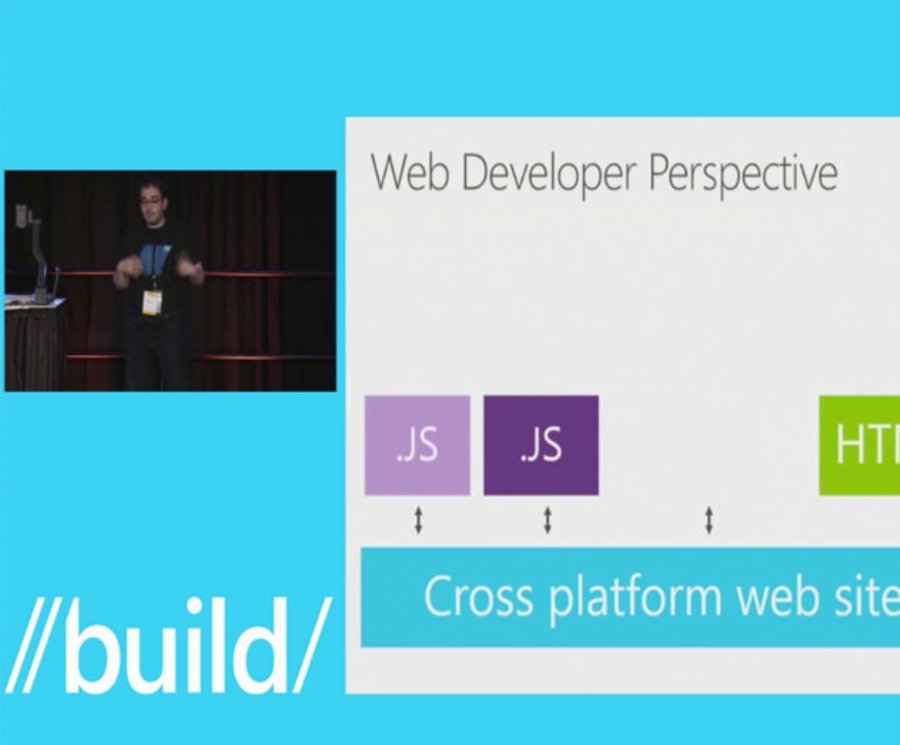 
7,130
Microsoft has announced that WinJS is now available on Windows Phone. WinJS 2.1 tailors the features of WinJS 2.0 (for Windows Apps) to fit the Windows Phone experience. The company has added new controls and new capabilities unique to Windows Phone without sacrificing performance on low-end form factors.
Porting existing Windows Store apps is simple using the same languages and technologies to share resources between Windows and Windows Phone apps. Source code, images, localization and other data are placed in one central location which reduces the cost and effort of creating two separate, platform-specific apps.
Visual Studio provides three sets of templates: Windows Apps, Windows Phone Apps, and Universal Apps. While the first two will specifically target each form factor, with the third developers can write once and still cater to both and build native apps across both platforms.
Windows Phone possesses a different model of app interaction than would normally be seen on a PC or tablet device. Its user interface uses controls which did not currently exist in WinJS 2.0 so in WinJS 2.1 Pivot control was introduced.
The full-screen container provides a quick way to navigate between different views. Those familiar with the Hub control will recognize the similarities both in its visual appearance and in its API. It is even possible to find and replace the API names between the Hub and Pivot controls for most cases.
The Adaptive controls phone form factor introduces many challenges that may cause developers to rethink the way an app looks and feels. A Windows device accommodates a vast array of screen sizes, ranging from small tablets to large monitors, whereas a Windows Phone device generally does not exceed five or six inches. Additionally, a Windows device may have a variety of input methods, including mouse and keyboard, whereas a Windows Phone device will use touch exclusively.
Microsoft has worked to minimize the work that is needed for an app to adapt across all devices, which typically amounts to minor adjustments in layout and visuals. WinJS automatically adapts its controls to match the Phone’s overall user interface and personality, so the majority of markup will remain the same.
Style sheets have also been updated to complement the new design paradigms, with controls matching the Phone experience right out of the box. Developers can take advantage of the device’s customization options and have an app match the user theme or accent coloring.
While the Phone introduces new controls that do not exist on Windows, there are some Windows controls that do not fit the overall design on Phone. Flyout, Menu, NavBar, SearchBox, SettingsFlyout, and Tooltip do not make sense in a Windows Phone app. Likewise, BackButton is no longer needed, as there is now a back button built into the hardware. Consequently, these controls are not available in WinJS 2.1.
There are mitigations available for each unsupported control. The WinJS API changes for Windows Phone 8.1 overview offers a complete list of API deprecations, functional changes, and optimizations.
The HTML platform on Windows Phone does not support a few HTML elements that are supported on Windows. These are the context menu, message dialog, and simple tooltip. Similarly, the file upload and progress ring controls work, but are not officially supported.
Adopting WinJS 2.1 in a Windows Phone app should feel seamless and familiar as previous work done in a Windows Store app with WinJS 2.0. The primary differences between versions are all about the controls, as befits the deltas between the Windows Phone and Windows user interfaces. Beyond that, the core capabilities and utilities of WinJS are identical, streamlining the development of universal apps for Windows to reach customers across devices.