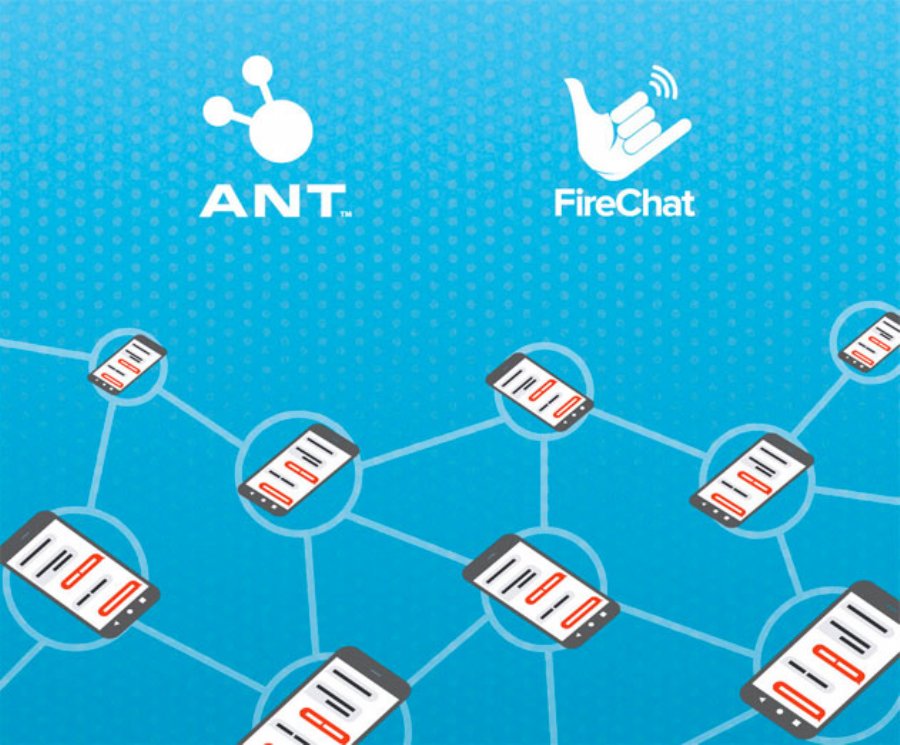 
16,090
We recently visited with the OpenGarden development team to talk about their FireChat app, which enables communication among very large groups, in real-time. The app utilizes ANT, an ultra low power (ULP) wireless networking protocol that enables direct connections between many popular products/devices on the market. ANT can be found in everything from fitness sensors to apps and consumer devices, including over 200 million mobile devices, such as Samsung and Sony smartphones.
ANT is a protocol and silicon solution for ultra-low power (ULP) practical wireless networking applications. ANT facilitates interoperability between ANT Alliance member devices and the collection, automatic transfer and tracking of sensor data. Applicable in sport, wellness management and home health monitoring – and now live chat with the FireChat Android App, ANT defines device profiles that specify data formats, channel parameters and network keys.
ADM: Where are you guys located? How big is your team?
OpenGarden: We're located in San Francisco on Treasure Island. We're a team of 13 with prior stints at BitTorrent, Blackberry and Microsoft. By the way, we're hiring.
ADM: What is the purpose of FireChat?
OpenGarden: FireChat is the first “off the grid” mobile app that enables people to communicate for free, regardless of whether they have access to the Internet, a cellular network, or even a data plan. FireChat is free and available for iOS and Android devices.
We launched the app in March 2014 and it has reached the top 10 among social networking apps in 124 countries around the world. It's been used at a number of massive events in Taiwan, Hong Kong, Moscow, Paris, Manila, and Kuala Lumpur. More and more communities are using it to create their own free communications network. This short video explains how it works
ADM: We see that you've adopted ANT. What is it and how did you decide to do this?
OpenGarden: Yes, we added ANT to our latest Android update, which just went live, right in time for Mobile World Congress.
We like that ANT is a practical and established protocol for ultra-low power wireless networking applications. So far ANT has been mostly used for devices, smartphones, sensors, gadgets, trackers and apps meant for health and sports.
We realized that the ANT protocol is actually very well suited for the purpose of peer-to-peer messaging too. To enable free communications in countries such as India, Mexico and the Philippines, we need to have robust direct connectivity between Android mobile devices. ANT improves peer-to-peer connectivity between Android devices. As far as we know, FireChat is the first mobile app to use the ANT technology for large scale messaging purposes.
ADM: How practical is it for your app's users? Is there a need for pairing?
OpenGarden: There is no pairing with ANT. The connection is seamless. Unlike Bluetooth and WiFi, you don't even need to remember whether turn it on or off.
ADM: Which devices have ANT? How widespread is it?
OpenGarden: Not all Androids have ANT, but a ton of them do. More than 200 million devices in the market have ANT today, including pretty much all Samsung smartphones and many Sony devices. There are about 600 distinct ANT-enabled devices.
ADM: How does ANT differ from Bluetooth?
OpenGarden: ANT really helps with device-to-device connectivity on Android. The protocol is complementary to Google’s Nearby and Android Bluetooth LE and has proven its reliability across devices. ANT uses very little power. The battery savings are comparable to Bluetooth LE's.
ADM: What's next for you guys?
OpenGarden: Well, we ship a new build every two weeks or so. So of course there are many things coming up "next". Our focus is to enable people and communities to create their own "people-powered networks" across the world. This is happening in India, the Philippines, Malaysia, Mexico, Venezuela and other countries.
As the technology reaches the tipping point, one city at a time, it will help reduce our dependency on traditional centralized networks, which means that people will be able to use their smartphones to communicate even is the networks are crappy and even if they can't pay for mobile data.
Read more about ANT by going to https://www.thisisant.com