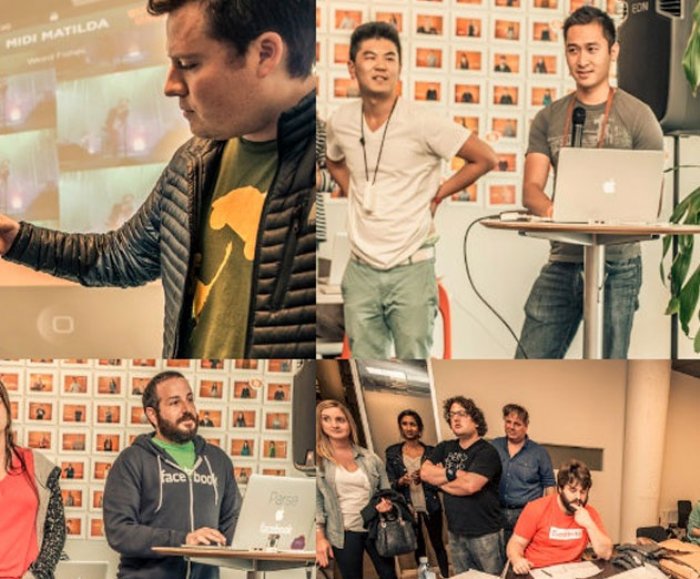 
2,932
AUSTIN, Texas— Rocksauce Studios—an Austin, Texas-based mobile design and app development studio responsible for SmallCall, TickTalk, Brewski Me, and Tripini — will be presenting SXSW’s most blush-inducing panel to the 2014 Interactive Festival. Tech Off Your Clothes: Naked Truths of Wearables, will be an exciting looking into the tech industry’s most burgeoning scene.

This month’s CES conference proved wearable technology continues to be one of tech’s hottest trends. From Google Glass to Samsung’s overtly-hyped smart watch, wearable tech is becoming less a sci-fi novelty and more a part of daily life. But what does this mean for the day-to-day in America? Are wearables brilliant pieces of engineering, or just more fancy toys? And do they really have to be so ugly?

SXSW’s Tech Off Your Clothes panel attempts to answer the question of what’s next for the future of wearables. Billie Whitehouse, founder of Wearable Experiments (read: FUNDAWEAR- The Future of Foreplay) and other notable panelists, will explore the integration of fashion and wearable technology, challenges new industries might face when incorporating wearable technology, and blurring the lines between fashion and function, among other topics.

Rocksauce Studios CEO, Q Manning, is titillated to be a part of an esteemed panel for the SXSW Interactive March 10th event. Those interested in attending the stimulating panel are encouraged to add the event to their schedule through SXSW’s website: http://schedule.sxsw.com/2014/events/event_IAP18803

The Tech Off Your Clothes panel comprises:

Nicole Forbes is a consultant specializing in mentoring startups, developers and designers expand their consumer base and market share, while implementing best practices and policies for future growth. A veteran of SXSW, she is a three-time Interactive Awards Judge, has hosted the Mobile Meet-up for the last two years and was part of the Mentor program for 2013.

Billie Whitehouse is the founder of WE:EX (Wearable Experiments). As director and designer, she is invigorating the fashion industry and transforming it into a business focused on improving the quality of life for all.

Jay Morgan has been involved in new advertising for approximately 15 years. He is the Digital Creative Director at Havas Worldwide (formerly Euro RSCG) and secured a coveted Cannes Lion for the agency only eight months after joining the company. He oversees creative across all accounts and is group head on the Sony and Citroen accounts.

Q Manning is the CEO of Rocksauce Studios and a big believer in wearable technology, having been one of the first 8,000 lucky people to receive their Google Glasses. He draws on his expertise in design, film-making and management, carefully honed during his 15 years as a leader in the technology industry. Manning has been published in numerous design books and compendiums.

In addition to the selection of Tech Off Your Clothes: Naked Truths of Wearables, Michael Robin, Marketing Director of Rocksauce Studios, has been chosen to participate in the SXSW Mentor Program. The mentorship program is aimed at connecting SXSW registrants with industry professionals who can provide career guidance and advice. Robin became a member of the Rocksauce Studios team in 2012. She focuses on social media, SEO, SEM and social outreach.