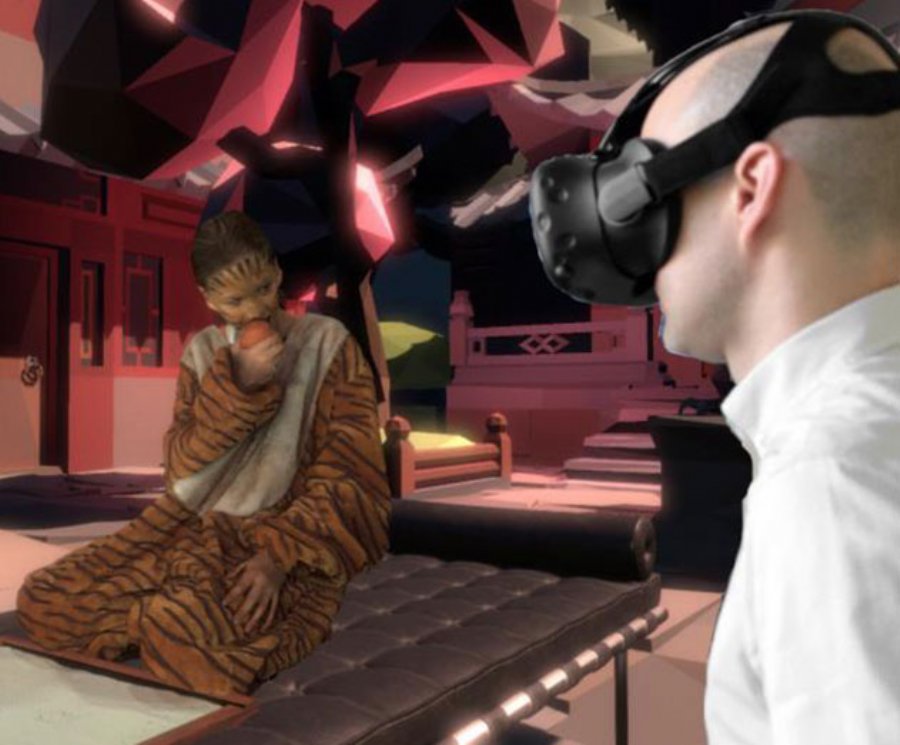 Scientists at Fraunhofer Heinrich Hertz Institute HHI have developed a method by which the realistic image of a person can be transmitted into a virtual world. The 3D Human Body Reconstruction technology captures real persons with multiple cameras at the same time and creates naturally moving dynamic 3D models. At this year’s trade fair IFA in Berlin (Hall 26a, Booth 219a - Deutsche TV Plattform) Fraunhofer HHI will show this camera technology.

Fraunhofer HHI researchers have developed a camera system that films people with a perfect three-dimensional impression. The core of this system is a stereo camera: Just as people do it with their two eyes, the camera records the person with two lenses. This stereoscopic vision results in distances being estimated well, because both eyes look at an object from a slightly different angle. The result is a three-dimensional impression. Recording a person in detail from all directions takes more than one camera. Fraunhofer HHI is currently using more than 30 cameras to map a human. Each camera only captures a part of the person. The challenge is to merge the individual camera images together so that a realistic overall picture is produced.

The system includes more than just the camera technology. The researchers have developed algorithms that can quickly extract depth information from the stereoscopic camera images. This is necessary in order to calculate the 3D form of a captured person. The computer calculates a virtual model of the human, which is then transferred into the virtual scene. The cameras perceive the surface shape with many details. In this way even small wrinkles, e.g. on the clothes of the per-son, can be shown. The model has a natural and realistic appearance.

The fusing of the 3D information from the various camera images only takes a few seconds - then the illusion is perfect. The system transmits the three-dimensional dynamic model of a person rapidly into Virtual Reality. A person can move freely in a dedicated capture area. The virtual image portrays every gesture and movement realistically.