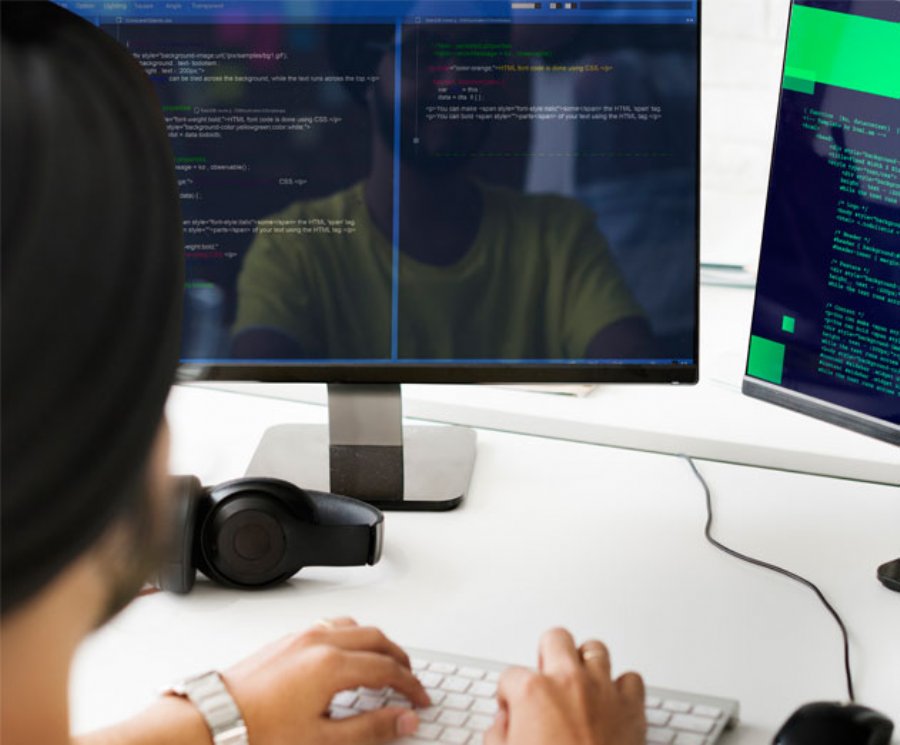 Views From the Front and Back Side of App Development Careers


15,118
Interested in landing a job with Google as a back-end developer? Well, you best have working knowledge of Java, C++, or Python. How about Twitter? Might want to be familiar with Ruby on Rails, Scala, C++, or Java. What if you’re interested in a position working as a front-end engineer? The programming language is pretty universal - JavaScript.
According to research by Stack Overflow, JavaScript is the most-used programming language in the world and is listed as the second most-WANTED programming language.
Requirements for web development careers vary from languages, to frameworks and methodologies, but there are two aspects of web development that will be common for all jobs: front-end and back-end.

Front-end development, or client side development, is what users interact with, it’s a mixture of programming language and design. It requires specific programming language skills, along with UI and UX web design skills.
Back-end development covers primarily the application and database. This is the guts, or inner workings of the site, if you will. Users do not interact directly with the backend but the functionality of a site is dependent on a solid back-end foundation, which is just as important.
There’s a blurry line between back-end and front-end engineering, even though they’re two separate skill-sets, a well trained developer should have a high-level understanding and training of both ends to perform their job effectively. Back-end and front-end developers must communicate and demonstrate proficiency to be an effective team.

Which Way to Learn

So, how does one know whether they are better suited to be a back or front end engineer? It all begins with how you go about solving a problem and the path you take towards the final solution. If you were handed a car kit and asked to assemble it; do you dig right in, assembling gears without taking a look at glossy images of what the end result will be? Or, before starting, do you examine the pictures of what the car is going to look like, assembling the touch and feel parts first, working your way down to the small pieces?
That’s really the test in identifying which path is best for you to learn web development. Can you get to the final solution if you head down the “wrong path?” Most likely, but why endure unnecessary struggle? There are many ways to approach a problem while still arriving at a common solution. Whether you choose to learn engineering through front-end or back-end development, chances are you will arrive at the same place, but with hopefully less stress.

Web development is one of the fastest growing careers and showing no signs of slowing down. According to a 2015 report released by the Bureau of Labor and Statistics, the career outlook is a healthy one for web developers, with a projected growth of 27% in the next 10 years.
And web developers salaries are equally healthy, beating the national income average by roughly $18k. Backend developers have historically outperformed frontend developers in the salary department, but that’s shifting. Front-end developers are now making on average, about $5k-$10k more a year over back-end developers. There’s not a great explanation for this shift, except that the demand is great for frontend engineers and there’s not enough trained professionals to answer this call, so frontend engineers have some negotiating power.
Regardless of how you learn or which end you decide to work with; programming can be your vehicle to drive social change, tap into your creative side or make a complete life change. There’s no better time than the present to get the skillsets necessary to enter a career in development.

Read more: http://turing.io/This content is made possible by a guest author, or sponsor; it is not written by and does not necessarily reflect the views of App Developer Magazine's editorial staff.