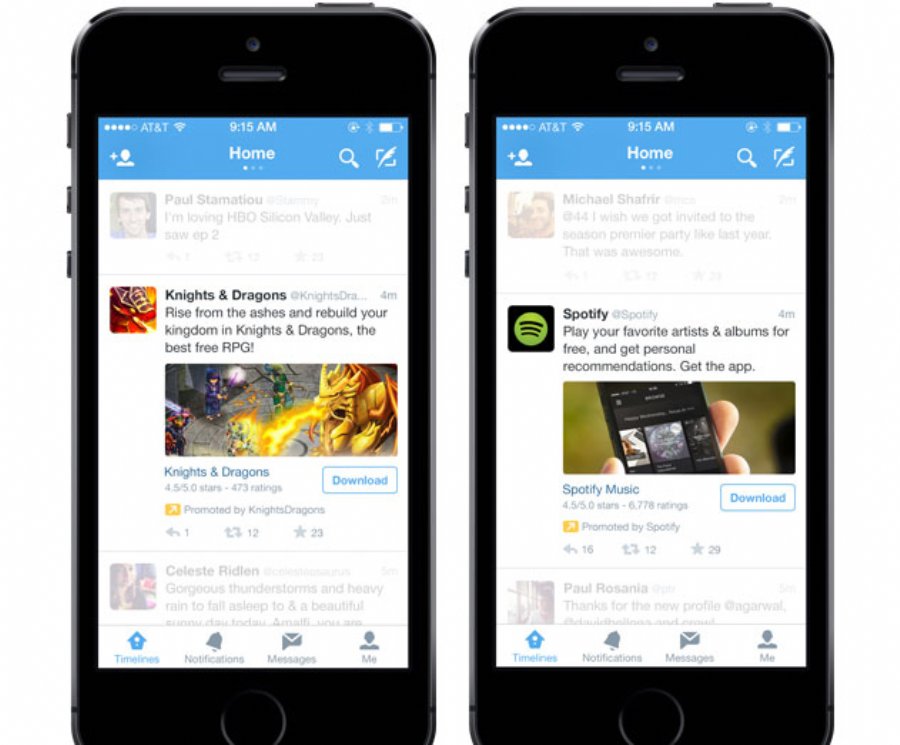 
2,399
Twitter has made it official on a blog post: It is flexing the muscles of its MoPub ad exchange to leverage its Twitter Publisher Network to allow developers to set up campaigns directly on ads.twitter.com.
According to the post, the MoPub Marketplace reaches more than 1 billion unique devices and handles more than 130 billion ad requests inside Android and iOS applications every 30 days. Developers can now choose to run simultaneous marketing campaigns to more than 241 million active users on Twitter, and to more than 1 billion mobile devices off-Twitter, through one interface at ads.twitter.com.
Twitter has been conducting a private beta of targeting, creative and measurement tools to enable Twitter advertisers to promote their mobile apps. Developers can expect to see a native ad unit that combines the facets of Twitter Cards and Promoted Tweets. Users can install and engage with apps, directly from the Twitter timeline.
Advertising campaigns run across the Twitter Publisher Network are automatically translated into programmatic bids on the MoPub exchange, with MoPub’s existing DSP partners (currently only available to U.S. advertisers in a private beta). Combined with the targeting and measurement features in the mobile app promotion suite, this allows developers and marketers the ability to run on-Twitter app promotion via Promoted Tweets, while simultaneously running off-Twitter advertising via the MoPub Marketplace.