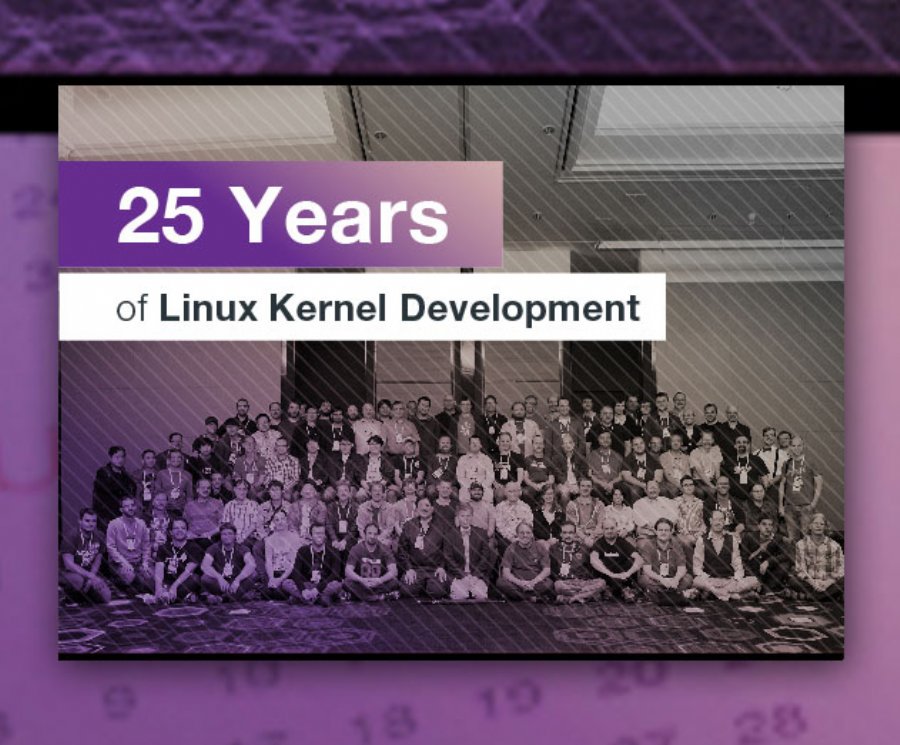 This Week The Linux Foundation Celebrates the 25th Anniversary of Linux


4,429
The LinuxCon North America conference has kicked off this week in Toronto, Canada and the top topic is the 25th anniversary of the Linux. It was on August 25, 1991 when Linus Torvalds created the Linux operating system which has grown to one of the largest open source projects worldwide.
You can catch live streams from the event here. As part of the 25 anniversary celebration, the Linux Foundation has released the Linux Kernel Development Report, which analyzes the work done by over 13,500 developers since the kernel’s early days, as well as more recent trends. Among the findings from the report include:
- Over 13,500 developers from more than 1,300 companies have contributed to the Linux kernel since tracking began 11 years ago.
- The Top 10 organizations sponsoring Linux kernel development since the last report include Intel, Red Hat, Linaro, Samsung, SUSE, IBM, Renesas, Google, AMD, Texas Instruments and ARM.
- The rate of Linux development continues to increase, as does the number of developers and companies involved in the process..
For Linux fans in the Europe, there is still time to get discounts for the LinuxCon Europe conference which will be hosted by the Linux Foundation in Berlin October 4 – 6, 2016.