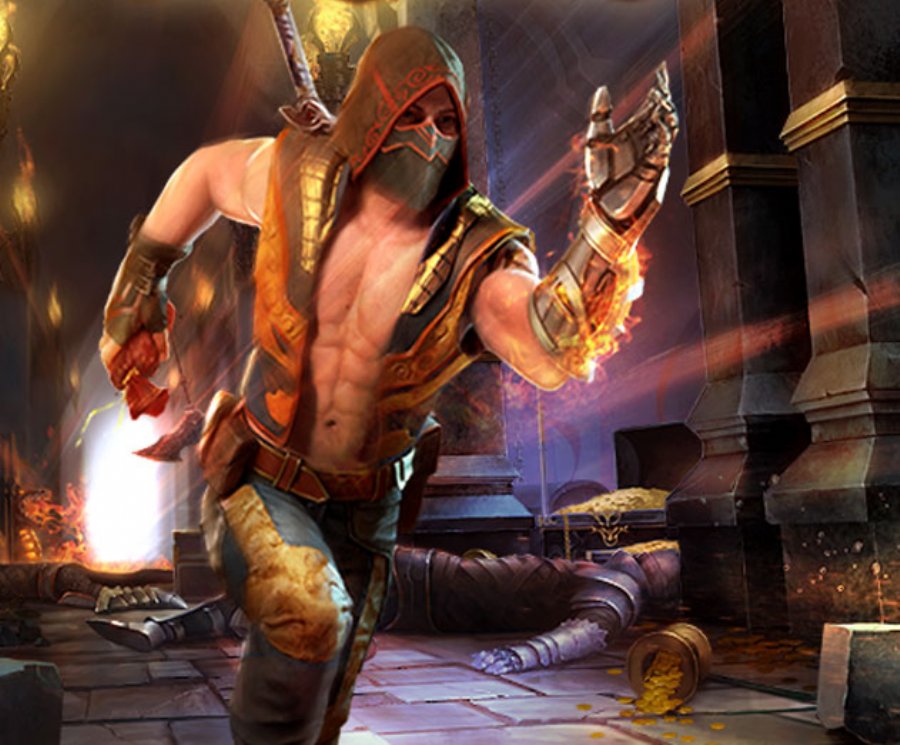 The Impact of Windows 10 on the Game Industry


25,701
I recently discussed the impact of Windows 10 on the game publishing industry with Ethan Clark, Game Insight’s North American Manager of Strategic Partnerships. Founded in 2009, Game Insight is one of the world’s leading innovators of mobile and social games, creating exceptional gameplay experiences across casual to hardcore titles.
With more than 300 million players, Game Insight is one of the largest games companies in the world. The company is pushing the boundaries of technology and graphics across all platforms to make the most entertaining and fun experiences for everyone. The company is headquartered in Vilnius, Lithuania with 9 development studios employing more than 800 passionate games developers.
ADM: Why is now a good time to publish on the Windows 10 platform?
Ethan: We’ve been seeing steady growth on Windows platform and now have 14 million players there. With the launch of Windows 10 and the addition of four new titles we’re expecting that figure to grow now even more significantly. The momentum that the free Windows 10 roll-out brings is tremendous – it’s a huge positive impact to users of the OS and they will be looking to explore the Windows Store for the new content.
ADM: What game monetization opportunities do you see?
Ethan: With the free Windows 10 upgrade helping to increase the user base, the inherent and increasingly higher-quality graphics potential, and cross-platform functionality, Windows is becoming a much more attractive platform, not just for developers, but for gamers. As more gamers flock to the platform due to its ease of use and top-notch graphical experiences, it means, of course, more potential to reach a wider audience. As more players are able to play on more devices and pick up where they left off in the game, developers should see an increase their ability to monetize.
It’s also important to consider that by enabling carrier billing Microsoft has embraced payment methods that wouldn’t typically be considered standard in the US and western Europe, but that are extremely important when you’re serious about taking your game to a global audience.
ADM: What other platforms do you publish to?
Ethan: In addition to the Windows Store, we launch our games on all other leading platforms, including: Apple App Store, Google Play, Facebook, Amazon Appstore, Steam, and more.
ADM: What are the advantages/disadvantages of publishing on Windows over other platforms?
Ethan: The Windows Store is quickly catching up, and in some ways exceeding other stores in terms of features. Also, there are several advantages it has like the inherent graphics quality and cross-platform capabilities that instantly allow all Microsoft platform devices pick up where you leave off on others. Then of course their audience of users (especially in developing countries) is nothing to balk at. The day I heard Windows is getting the Store I knew we had to be there. The biggest operating system becoming a distribution platform - now that’s a rare chance to lead.
It’s a smart business decision, because Windows platforms have tens of millions enthusiastic players who are typically more willing to pay for compelling experiences than other platforms’ users. We’ve enjoyed a first-to-market advantage since the number of apps and games has been lagging behind the stores, but that’s rapidly changing. Lots of publishers are waking up to the fact that there’s money to be made on the platform. Being well-established and really investing in the platform gives us a leg up through the continued growth.
ADM: Why is Windows considered an important platform for Game Insight?
Ethan: Our games are very well received by players: supporting Windows platforms has added more than 14 million enthusiastic players to our audience. Windows 10 mobile will be increasingly important for reaching new audiences in emerging markets like MENA and Southeast Asia. We’re expecting considerable growth there in future, especially with supporting alternative payment methods and support of regional payments.
On Windows Phone (Windows 10 mobile soon), Game Insight’s portfolio of strategy and simulation games have had a strong showing in the rankings and have maintained high rankings in that category, especially Cloud Raiders, and the My Country series, The Tribez, Airport City, and Mirrors of Albion. All of our games are free-to-play, highly social with player interactions like PvP, or helping friends out with their gifts, or swapping gifts, which is also one of our primary growth drivers.
You could also say that it’s near to our hearts since many of us at Game Insight have developed Xbox titles since 2004. With Xbox Live, Microsoft has set the gold standard for connected play and online presence that has really formed the basis for a lot of other modern platforms and services. Being able to tap those features across all of Microsoft’s devices via Universal Windows Platform, as well as the ability to target Xbox One, will be another important aspect that aligns with where we are going in hardcore, cross-platform, and competitive gaming.
ADM: Are there any hurdles for developers to consider when developing for Windows? Or, anything about the platform that makes it considerably easier or better experience for developers?
Ethan: The developer tools you have at your disposal while developing for Windows, like remote debug & deploy, use simulator or launch on the same PC on the second screen, Visual Studio and WinDbg, provide the best debugging experience compared to other platforms. It’s also a huge help that the store supports crashdumps, which provide a lot of information to track down the issues that players are actually experiencing in a live environment, and get them fixed quickly. That’s not even mentioning the bridges that were announced at //Build/ and recently released, the intent of which is to let developers get games from other platforms to Windows with minimal, if any, code changes. That’s a pretty incredible advantage.
ADM: Do you have any advice for others looking to develop games for Windows?
Ethan: The global audience of Windows 10 has the potential to reach in excess of a billion users in the coming years, so don’t miss an opportunity to become a leader on this market.