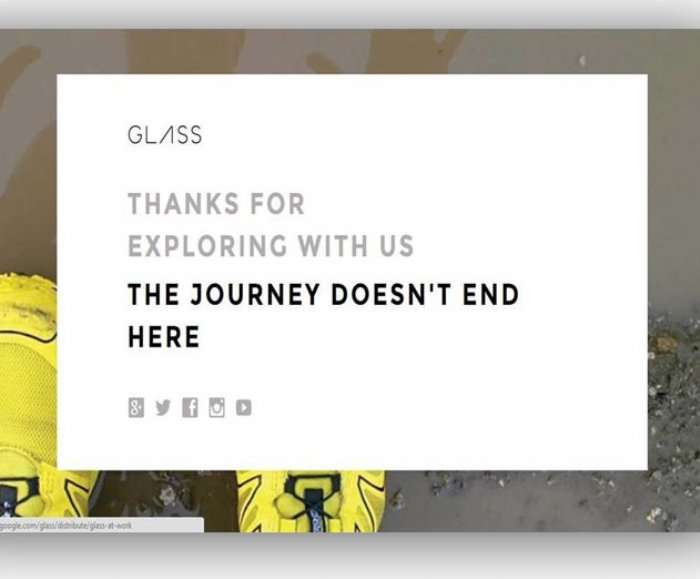 The Future of Google Glass Now That Explorer Program Is Gone


16,329
It’s all quite on the Google smart glasses front as Google Glass is transitioning under new leadership. This transition was announced innocuously on a blog post last month which announced the “graduation” from Google[x] labs.
Here is the meat of the announcement:
Since we first met, interest in wearables has exploded and today it’s one of the most exciting areas in technology. Glass at Work has been growing and we’re seeing incredible developments with Glass in the workplace. As we look to the road ahead, we realize that we’ve outgrown the lab and so we’re officially “graduating” from Google[x] to be our own team here at Google. We’re thrilled to be moving even more from concept to reality.
As part of this transition, we’re closing the Explorer Program so we can focus on what’s coming next. January 19 will be the last day to get the Glass Explorer Edition. In the meantime, we’re continuing to build for the future, and you’ll start to see future versions of Glass when they’re ready. (For now, no peeking.)
There has been much speculation about the future for Google Glass from pundits saying who believe the product is dead to exotic hints of what is on the horizon.
But here is what we know today. The Glass developer portal is still up and running including the availability of the Glass Development Kit. And the Glass team is still posting content on +GoogleGlass, although the content posted after the closing of the Explorer Program mentions nothing on the current status or the future of Google Glass.
So for now, we’ll sit and wait – and of course report on new developments as they are made available.