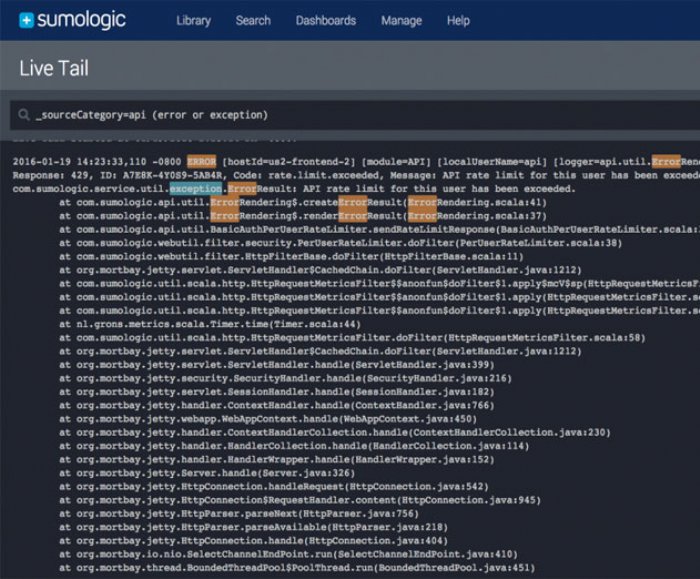 
8,403
Sumo Logic has released Sumo Logic Live Tail, a new solution that provides developers with the ability to tail log files (tail -f) in real-time to monitor and troubleshoot code as it's rolled out to production.
Developers have often had to between two tools to write and test code then tail logs and troubleshoot. Live Tail removes the need to switch between the terminal for live tailing logs and another system to centralize and analyze log data.
With Sumo Logic Live Tail, developers can now troubleshoot from the Sumo Logic browser interface or from a Sumo Logic Command Line Interface without having to log into applications. With Live Tail developers can take advantage of:
- Multi-tailing: Provides the ability to start tailing multiple logs simultaneously enabling users the ability to create two tail sessions and view them in split-screen mode, or breaking multiple sessions out into new windows.
- Filtering Logs and Highlight Keywords: Simplifies tailing logs by enabling users to quickly filter logs based on keywords, which can then be color highlighted in the window for quick identification.
- View Logs in Context: Gives users the ability to launch searches in context, so they can seamlessly alternate between Sumo Logic Search and Sumo Live Tail in browser mode.