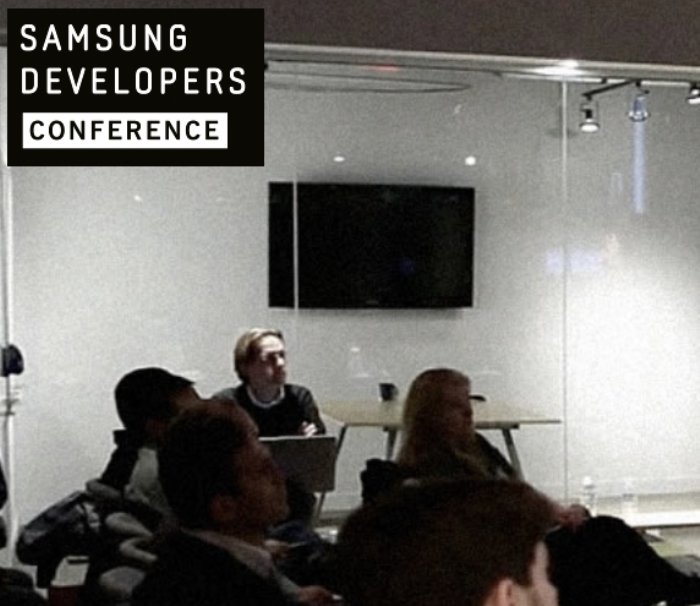 Samsung Makes Play for App Developers at Conference, But Will Developers Experience a Major Payne or Mo Money


986
Listen to me now and here me later! It was a great Saturday Night Live skit with Dana Carvey and Kevin Nealon poking fun at Arnold Schwarzenegger and the muscle man phenomenon. Why the SNL reference? Samsung is showing developers love at its first developer’s conference this week in San Francisco, but will they follow through on their support efforts as they relate to developers?

For example, we’ve been watching a post from a developer from who has been trying to get info on developing for Galaxy Gear since September 9 on the Samsung developer forum to no avail. A different post on October 1 asking a similar Galaxy Gear question elicited this response: “The Galaxy Gear should be treated as any other Android device, however with a smaller screen resolution. There is no need for a special SDK or anything.”

Which another developer responded to the post, “I've read the following thread, but I have still questions in my mind. It is obvious, that we can set the AVM for the smartwatch screen and test our code there, but what about the fancy features that the smartwatch introduces? For example, master-slave apps or the pedometer function. How can we learn about the programming of these features without having an SDK? Any plans for the publication of the SDK?”

No answer, no problem. Listen to me now and hear me later. Both posts were deleted this week, maybe there has been a reboot on the forum? And we’ve not been sitting on our hands on this post. We’ve sent several pings to Samsung’s PR group and dev contacts, but no hands on deck.

We applaud Samsung for its breadth and depth of products. And we’re all about more opportunities for developers to make money. But a limited portal and communication opportunities equals the reality of limited opportunity for developer success, unless your one of the top app companies and are assigned a support team member.

So which will it be for developers who embrace Samsungs efforts, a “Major Payne” or “Mo Money”?