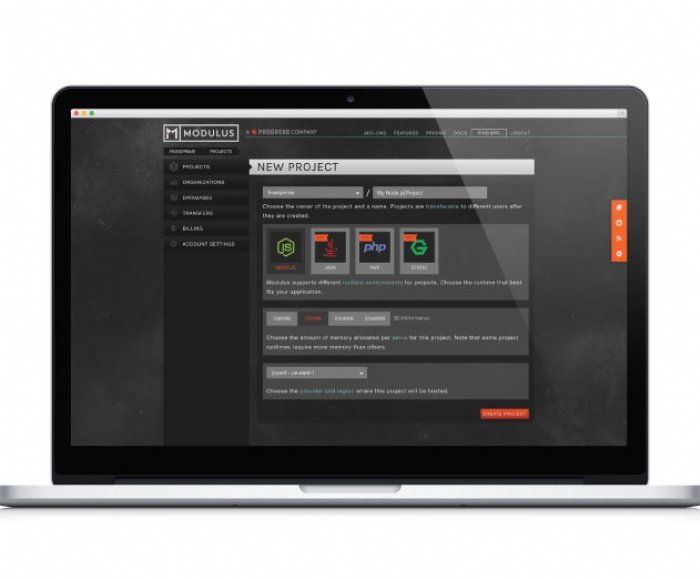 
11,535
Progress has announced that its Modulus platform, a Node.js platform as a service (PaaS), now supports multiple application languages utilizing Docker. Modulus offers an opportunity to deploy, scale, and monitor Node.js applications in the cloud, on-premise, or a hybrid of the two.
With the addition of multiple language support via Docker, developers can use the Modulus platform to build, ship and run distributed through one platform to manage multiple development projects globally. The Modulus platform now extends capabilities such as auto scaling, load balancing, dedicated, secure environments and a compliance-ready platform to other programming languages.
The latest release of the Modulus platform leverages Docker technology to bring the Modulus platform to more development languages and expands the ability for Modulus platform clients to leverage the platform for their entire enterprise.
With this release, Progress has also made it easier to expand the Modulus platform with additional functionality and supports the build processes in addition to straight deployment. Progress also announced recently that Modulus platform users who are deploying in Asia-Pacific can take advantage of the cloud infrastructure of hosting provider DigitalOcean.
Modulus provides horizontal scaling through mini-servers called “Servos.” Each Servo runs an instance of a Node.js application and Modulus takes care of load balancing between them. No matter how large an application gets, Modulus will scale to meet its demand.
MongoDB is a core part of the platform. Administrative tools, user management, and data export is available directly through the management portal. Developers can create databases with a click button and watch how it's performing in real-time with all data stored redundantly and backed up for disaster recovery.