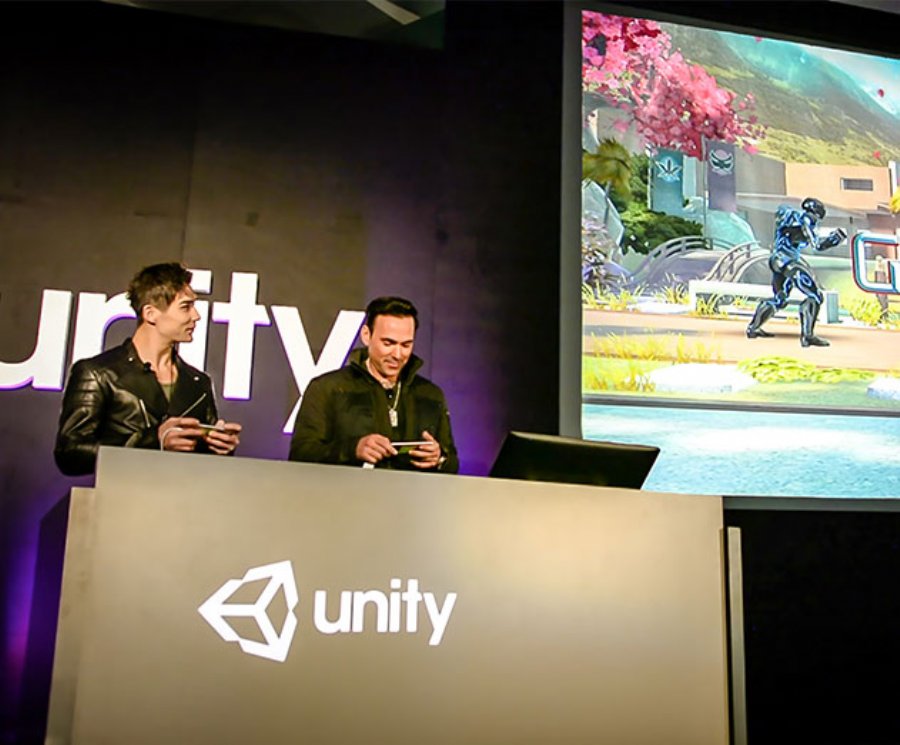 Power Rangers appear during the Unity keynote at GDC 2017

Chances are you’ve probably heard of (or extensively watched) the original Mighty Morphing Power Rangers. But with the new Power Rangers movie set to release on March 24, 2017, the hype has been bigger and better than it has been in a long time. Too long if you ask me.

That’s why I was really excited to hear a particular bit of information on a subject very near and dear to my childhood.  During the Unity keynote at GDC, something cool happened. Jason David Frank, the Green Ranger from the classic Mighty Morphin Power Rangers series and Ludi Lin, the Black Ranger from the upcoming feature film Saban’s Power Rangers, battled in real-time in the soon-to-be released Power Rangers: Legacy Wars.

While they battled it out, the duo revealed that Power Rangers: Legacy Wars will launch on iOS and Android devices on March 23, 2017. In addition to announcing the launch date, all attendees were also given free movie tickets to see Saban’s Power Rangers when it hits theaters on March 24.

The game looks to be a sort of new-school brawler that has uniquely crafted characters - all with different skills and abilities - duking it out in a dynamic arena. So prepare yourselves and your friends to experience the Power Rangers like you never have before. This is the first time the Rangers from the new movie will be included in a video game, as players must create a team of Rangers - and villains! - from the multiverse to battle each other in real-time, and across platforms.