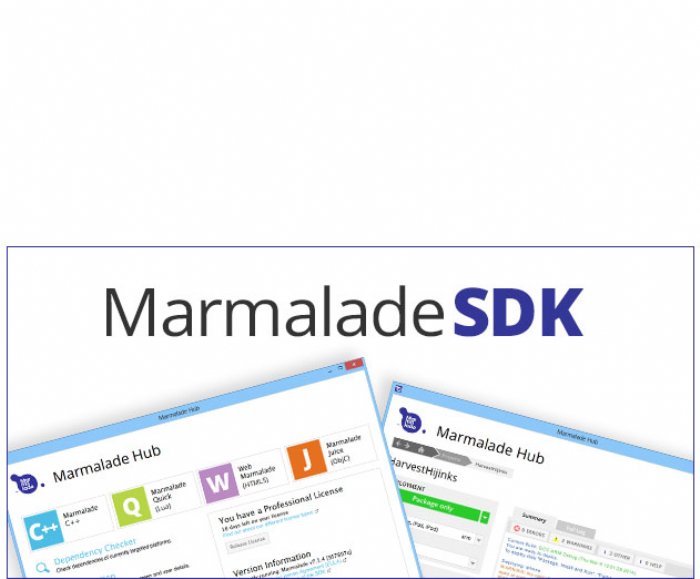 
17,991
Marmalade has launched the latest edition of its cross-platform app development tool with the release of Marmalade 7.4.
The updated SDK includes a number of new features to assist developers in deploying their apps to a broad range of platforms. Marmalade uses a core C++ tool to give game developers the ability to publish native like performance for games in the app stores.
Marmalade provides a common set of APIs that work across all of its supported platforms and which effectively function as an abstraction layer for the underlying operating systems. Platform-specific functionality can be accessed using Marmalade Extensions (e.g. GameCenter for iOS or Google Play Billing for Android), and developers can use the Extensions Development Kit to build their own extensions for functionality that is not yet covered.
Marmalade 7.4 Key Features
- Windows Phone 8.1 platform support: Developers can now extend apps and games to take advantage of WP8.1 features. For example there is now no need to pre-compile shaders.
-  iOS 8 and Xcode 6 support: The new version provides the ability to update and submit Marmalade apps ahead of public release - use the latest Xcode IDE. The release includes fixes which will help ensure Marmalade apps continue to work with iOS8.
- In-app purchase support for Roku: Provides the opportunity to monetize Roku apps.
- Marmalade Web support for Firefox OS: Added functionality for the Firefox marketplace.
Facebook Support: Marmalade 7.4 includes updated Facebook SDKs.
For developers using Marmalade 7.3.2, Marmalade provided initial support for iOS 8 compatibility and with this release they have addressed any remaining compatibility issues. To ensure that Marmalade apps work on devices running the public release of iOS 8 developers must republish them using Marmalade 7.4.