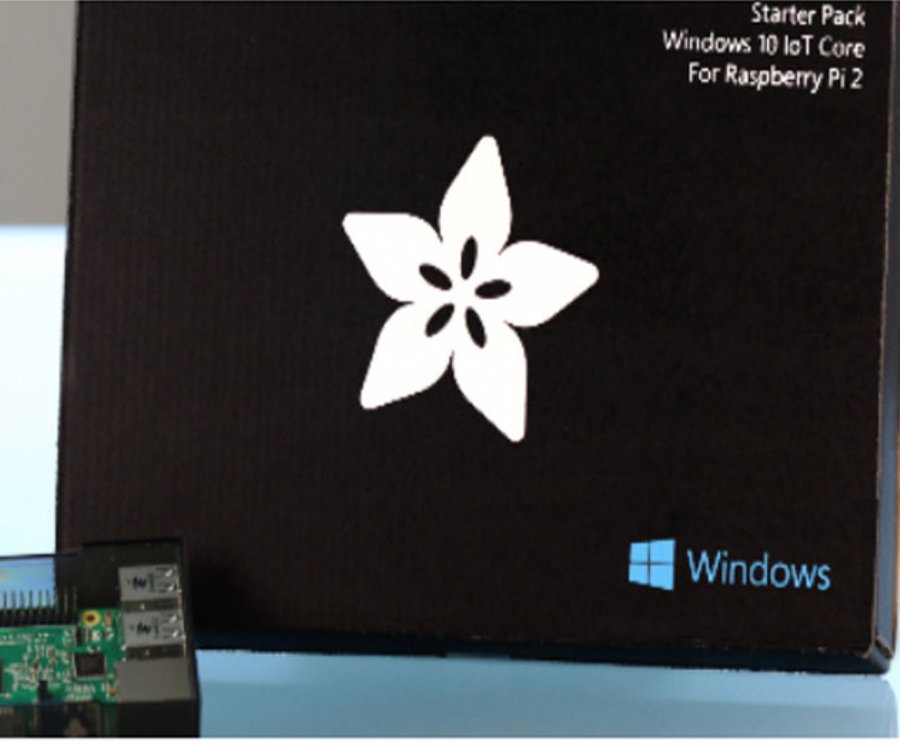 
17,664
The Windows 10 IoT Core was first publically released in early August and Microsoft continues to add functionality to the platform. Among the most recent enhancements include new Windows 10 IoT Core support for the Qualcomm DragonBoard 410c offering additional capabilities of the DragonBoard 410c’s including onboard WiFi and Bluetooth and DirectX graphics
Earlier this year, Microsoft announced that Windows was the first Arduino certified OS and also introduced two bridging technologies designed to connect the physical world of Arduino with the Windows ecosystem - Windows Virtual Shields for Arduino and Windows Remote Arduino.
With an expansion of the partnership, developers can now get the Windows Insider Preview of Windows 10 IoT core with the following four technology offerings:
- Windows 10 IoT Core Universal Windows Platform (UWP) support for Arduino Wiring
- Windows 10 IoT Core Universal Windows Platform support for direct memory mapped UWP Providers
- Windows Store availability of the Windows Virtual Shields Application
- Windows Store availability of the Windows Remote Arduino Experience Application
With the new support for Arduino Wiring it is easier to use existing Arduino Wiring Sketches, libraries, and hardware with Windows 10 IoT Core Universal Windows Apps (UWA) on a Raspberry Pi 2 or other supported boards. Added functionality includes a new Visual Studio template, supporting NuGet Packages, and platform improvements to facilitate building on Windows 10 IoT Core.
With the Windows Virtual Shields for Arduino Application developers can leverage sensors and actuators on a Windows 10 device from an Arduino over USB, WiFi, and Bluetooth. The Windows Virtual Shields for Arduino application is now in the Windows Store and offers an improved workflow to get started on a project.
The Windows Remote Arduino Experience provides the ability to develop on a Windows 10 device and access the physical world via an Arduino over USB, WiFi, and Bluetooth. For example, developers can program in C# on a Windows 10 Phone and drive a servo connected on an Arduino over Bluetooth. There is now also a Windows app available in the Windows Store that offers developers the chance to explore GPIO, ADC, and PWM functionality without writing any code on a Windows 10 device.
Finally, there is a Windows Insider Preview of a new, performant direct memory mapped driver which is 60-90 times faster than the inbox driver, resulting in GPIO pulse rates of over 4 MHz. Developers using the Arduino Wiring support will be able to configure it to use this driver. There are now UWP providers for the GPIO, SPI, and I2C busses that provide the ability to use the performance improvements of the direct memory mapped driver with very small changes to existing code.