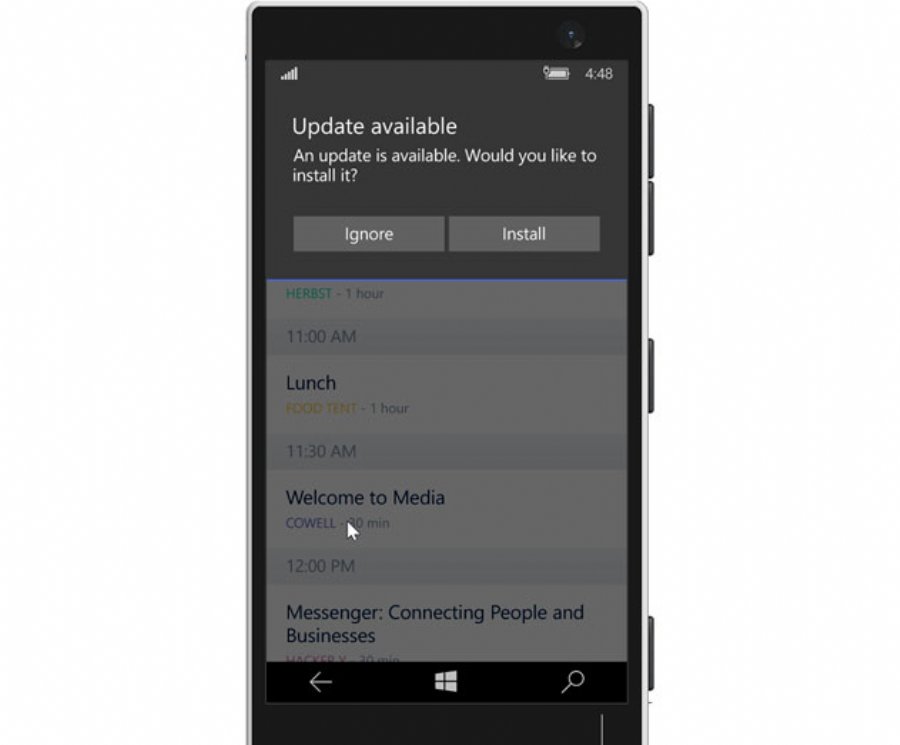 
7,683
Among the announcements at Facebook’s F8 developer conference was the continuation of the company’s efforts with its open source React Native platform for building iOS and Android interfaces.
Included in the announcement is the news that Microsoft is bringing React Native to the Windows ecosystem, giving developers the ability to build React Native on Windows PC, Phone, and Xbox. Microsoft is also providing open source tools and services such as a React Native extension for Visual Studio Code and CodePush to help developers create React Native apps on the Windows platform.
CodePush is a cloud service that enables React Native and Cordova developers to deploy mobile app updates directly to their users’ devices. It works by acting as a central repository that developers can publish certain updates to, such as JS, HTML, CSS and image changes, and that apps can query for updates from (using provided client SDKs).
This allows developers to have a more deterministic and direct engagement model with end-users, while addressing bugs and/or adding small features that don’t require rebuilding a binary and/or re-distribute it through any public app stores.
The Windows implementation of CodePush currently has 80% parity with the existing iOS and Android platforms, including all of the most commonly used features such as updating assets, pivoting the install mode based on whether an update is mandatory or not.
Microsoft was able to re-use 100% of its existing JavaScript code, and because React Native for Windows was architected to be conceptually similar to React Native for Android. Microsoft reports that it expects to implement the few remaining features in the next couple weeks, and will then maintain 100% parity across all three platforms moving forward.
In other React Native news, Facebook has announced React Native for Tizen (the operating system that runs on all Samsung SmartTVs), and a Facebook SDK for React Native, which will make it easier and faster for developers to incorporate social features like Login, Sharing, App Analytics, and Graph APIs across platforms.