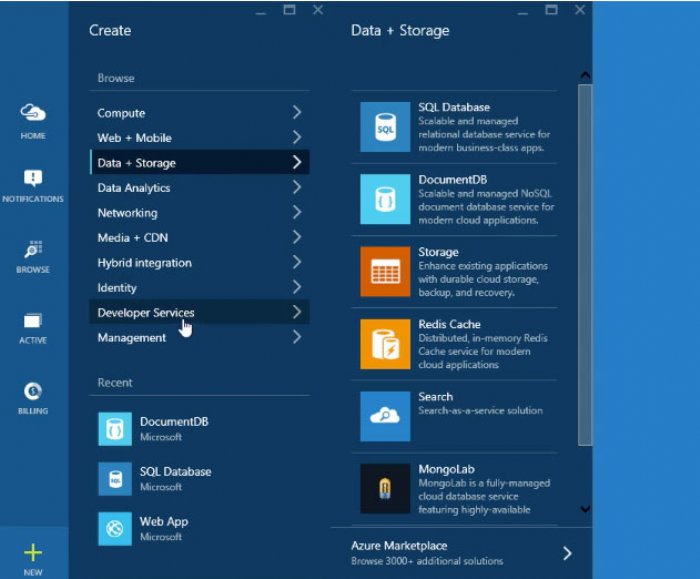 
1,778
Microsoft has announced a new PaaS solution - Azure Service Fabric - to enable the ability for developers to build cloud services with a high degree of scalability and customization.
The announcement follows on the heels of last month’s announcement of the Azure App Service, a PaaS solution for developers who need to create enterprise-grade web and mobile app experiences. The Azure App Service platform provides the ability to deploy and elastically scale applications in the cloud, and integrate them with on-premises resources and SaaS based applications.
The new Azure Service Fabric has been designed to offer a platform that intrinsically understands the available infrastructure resources and needs of applications, enabling automatically updating, self-healing behavior that is essential to delivering highly available and durable services at hyper-scale.
Service Fabric offers the following benefits:
- Supports creating both stateless and stateful microservices – an architectural approach where complex applications are composed of small, independently versioned services – to power the most complex, low-latency, data-intensive scenarios and scale them into the cloud.
- Provides the benefits of orchestration and automation for microservices with new levels of app awareness and insight.
- Solves hard distributed systems problems like state management and provides application lifecycle management capabilities so developers don’t have to re-architect their applications as usage grows.
- Includes Visual Studio tooling as well as command line support, which enables developers to build, test, debug, deploy and update their Service Fabric applications on single-box deployments, test deployments and production deployments.
Look for a developer preview of Service Fabric to be released at BUILD at the end of April. Microsoft has plans to deliver the solution on-premises in the next version of Windows Server and, while initial offering will target Windows, they also have future plans to support Linux. Microsoft will also have migration guidance available to customers using Azure Cloud Services who also want utilize Azure Service Fabric.