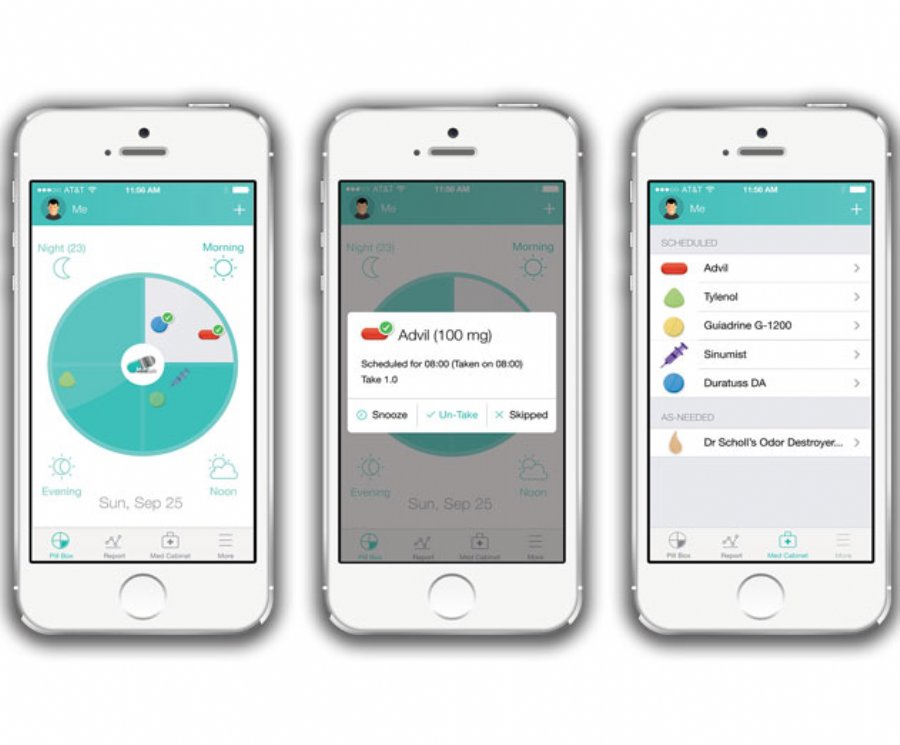 
5,186
MediSafe has become the first mobile health app on Google’s just-announced suite of Android Wear smartwatches. The app offers users the ability to automatically receive two-way sync medication reminders and provides the ability to record medication doses.
Users wearing either the LG Android Wear, Samsung Gear Live or Moto 360 smartwatches, who also have the MediSafe medication management solution installed on their Android smartphone or tablet, will automatically have a MediSafe “wearable app” loaded on their Android Wear and begin receiving medication reminders on their smartwatch when it’s time to take scheduled doses.
Users have a choice to record taking doses two different ways:
Shake to Take – Users simply rotate their wrists left-to-right
Swipe and Tap – Users swipe-left on their reminder and tap once to confirm
In either scenario, the data is transferred to the MediSafe app on the user’s smartphones and tablets via Bluetooth, where it becomes part of their full medication adherence file they can export and email securely to their personal healthcare providers in between office visits.
MediSafe is working to expand partnerships with other sensor-based wearables, which would allow it to incorporate health statistics - like users’ blood glucose levels, steps taken per day and sleep patterns - with its own data for when users took their medications, plus users’ reported feeling.  With this data all in one place physicians receive a more complete picture of patients’ lives and gain the ability to make more informed decisions about patients.
The Android Wear integration broadens MediSafe’s existing platform, which includes branded versions for hospitals, electronic medical/health records systems (EMR, EHR) and HMOs that send patients medication reminders via the web or SMS – in addition to its flagship mobile app, which was first to sync medication reminders among families’ and caregivers’ mobile devices.
MediSafe‘virtual pillbox’ user interface has made it both the top-rated and most-downloaded medication management tool in Google Play and iTunes. Earlier this month, MediSafe won the Qualcomm Ventures QPrize 2014 over 1,200 international startups, receiving an investment prize of $250,000. By winning the competition, MediSafe joined an investment portfolio that includes other wearable, connected health & fitness leaders.
MediSafe has been downloaded for free in Google Play and the iTunes App Store over 700,000 times, reminded users to take over 35 million doses, and been viewed by users over 60 million times.  Its users have an average medication adherence rate of 86%, compared to the 50% average adherence figure for the general population cited by both the World Health Organization (WHO) and the Centers for Disease Control (CDC).