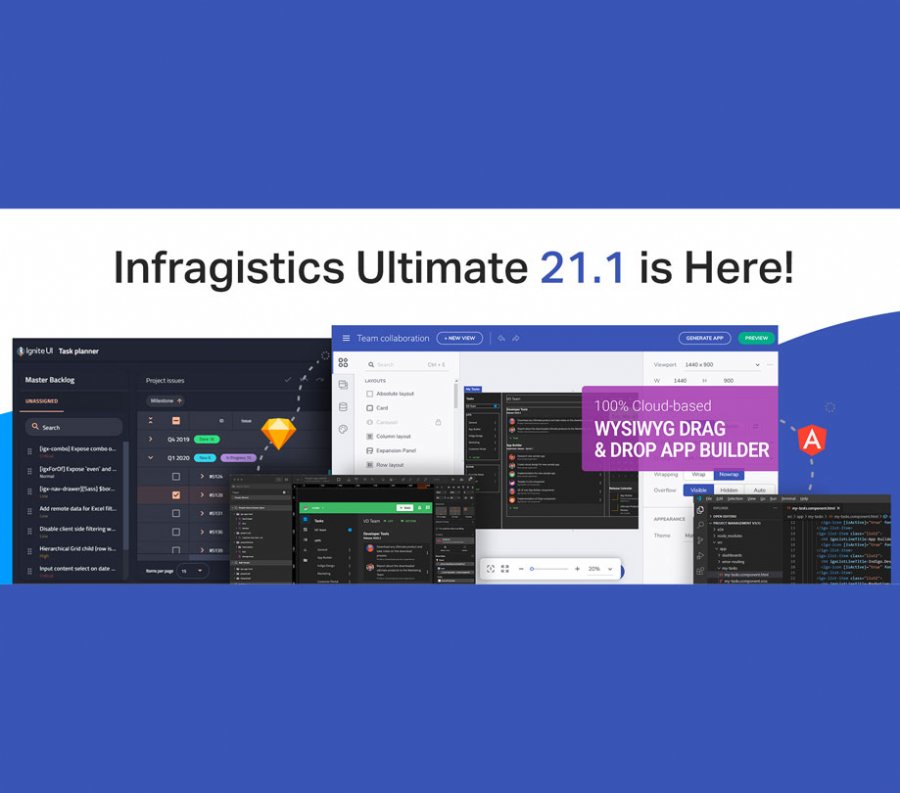 With Indigo.Design App Builder, developers get a web-based Integrated Development Environment (IDE) that is similar to tools developers use today, like Visual Studio, except it is a web-based platform. It also includes a toolbox full of real UI components from the Indigo Design System, which map directly to the Infragistics Ignite UI component libraries.

While App Builder is a ground-breaking new feature in Indigo.Design, the entire platform integrates UI and UX best practices throughout the five major steps leading up to final development in the app creation process:

All the Indigo.Design features, including App Builder, are part of the Infragistics Ultimate 21.1 release.

Ignite UI for Angular v12 is one of the first commercial grade toolkits to be compatible with Angular 12, the latest release of the Google framework. It includes dozens of new features including the new Angular Tree component, enhanced themes, export to Excel for hierarchical grid functionality, date time & time column types, and refactored date & time picker components, and more.

Windows Forms and WPF continue to be the most popular platforms for building apps in the enterprise space. Infragistics is the leader in this space -- delivering the most feature-complete set of rich-client tools for desktop developers for over two decades, and we are continuing to innovate and deliver for these popular platforms. This release includes over three dozen improvements in charts, geospatial maps, updated designers for .NET Core / .NET 5 design time in Visual Studio, and more. Developers will continue to deliver value to their customers in their desktop apps with the 21.1 release of Infragistics Ultimate.