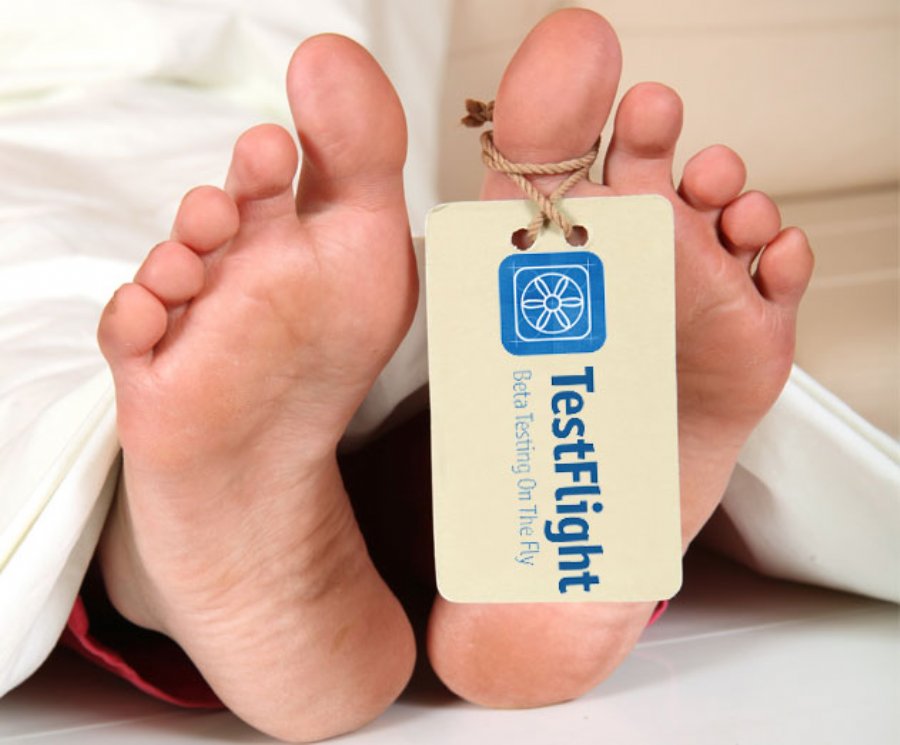 How to Save the Enterprise App after the End of TestFlight


11,447
When Apple officially shutters its TestFlight beta testing service on February 26, many development teams who have been working with TestFlight will be forced to switch their testing processes to the iTunes Connect Testing service or to search for other alternatives.
As builds from old TestFlight versions will not be transferred automatically, developers will need to set up their builds from scratch for the new TestFlight in iTunes Connect. Complicating matters, and the focus of this article, developers of enterprise apps will not be able to test their apps at all using iTunes Connect.
Developing for Enterprise
While millions of consumers around the world depend on the Starbucks mobile app for their daily caffeine infusion, far fewer people are aware that Starbucks has also built an enterprise app to help its employees work faster and smarter. Starbucks developed an iPad app for their in-store inspectors when they realized that they were sorely lacking a tool that provided real-time feedback and accessibility. Today, they have it deployed across all of their stores, saving inspectors thousands of hours a week.
Now, not every enterprise out there has the engineering firepower to roll out a sophisticated app like Starbucks, but even Starbucks had to go through the standard testing and approval process demanded by Apple, and even the good folks in the green aprons are going to have to switch off of iTunes Connect.
As enterprise developers look for alternative solutions to iTunes Connect, and acknowledging that while each organization has its own ‘must-have’ features for testing tools, the new chosen platform should support all iOS versions older than iOS 8 and have the ability to distribute builds without app store review.
As the iTunes Beta Testing policy does not allow for testing an app externally until after a Beta App Review, an enterprise app must comply with the full App Store Guidelines before testing can begin. As this is impossible for enterprise apps, there is no chance of them passing the initial review. While this is certainly a challenge, there is also a creative solution: beta test the enterprise app without app store review.
What to look for in a new testing platform
With developers scrambling to move their enterprise apps off of iTunes Connect, it is important to keep in mind a number of conditions that must be met when making the transition. I have outlined these "enterprise principles" that we believe are the most critical to consider when making the shift to a new testing platform.
-  Make sure the new platform allows for uploading and testing of any operating system - that way you don’t have to look for another testing solution when you are ready to introduce an Android version.
- You can hire testers on-demand from specific locations and with specific devices, ensuring that the app will work in offices located in other countries, as well as manage and monitor every testing session, giving you important, real-time insights into which testers are performing well and which are not.
- The testing platform should allow you to create different distribution groups in which you can add all of your company employees. Distribution groups allow you to organize all of the members that are part of a testing process – including internal quality assurance (QA), external/hired QA, testers, developers, beta user, focus groups, etc., into easily manageable sections, speeding up the testing process while cutting down on mistakes. In addition to improving the efficiency of the process, distribution groups allows developers to build a culture where insights are encouraged and welcome from every member of the group.
- Finally, the testing platform should include an in-app bug submission feature that allows your testers, as well as your employees, to submit bugs directly from within the app – with all data about device and OS – directly and automatically to the developer. This allows the developer to receive comprehensive bug reports with screenshots even when your tester is really a regular marketing manager.
While February 26 is right around the corner, there is still time to find the right beta testing partner for your app, and with the right combination of features mentioned here, you will be able to successfully save the enterprise (app).

Read more: http://ubertesters.com/This content is made possible by a guest author, or sponsor; it is not written by and does not necessarily reflect the views of App Developer Magazine's editorial staff.