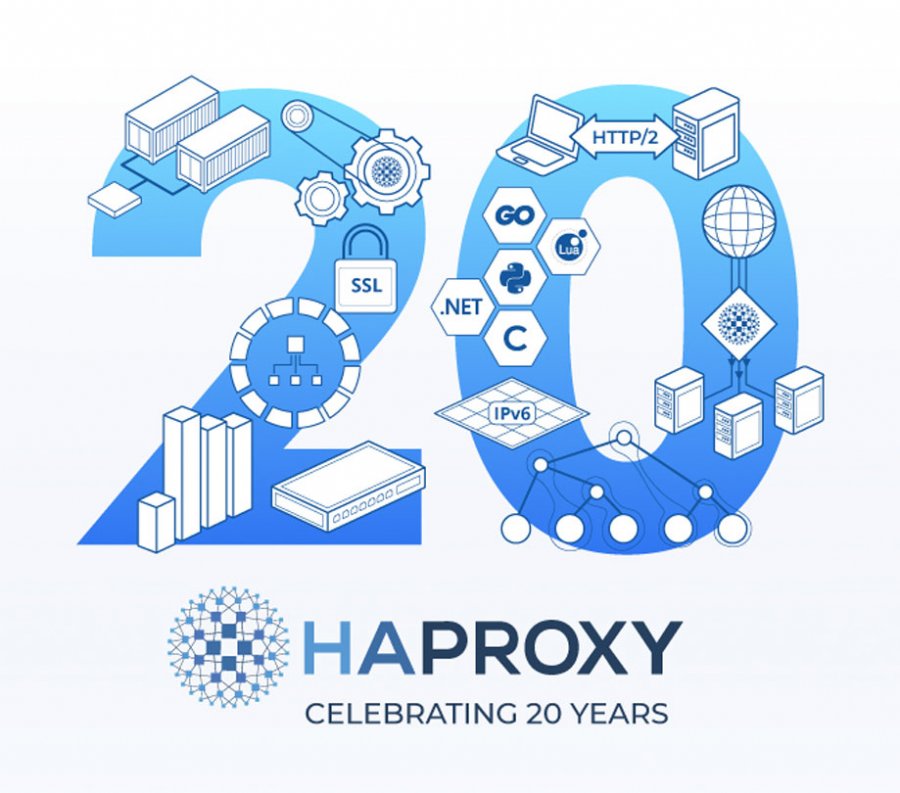 HAProxy Technologies has announced the HAProxy load balancer 20th anniversary celebration. This milestone will be celebrated at the virtual conference HAProxyConf. The conference will have expert speakers from the open-source community presenting how they use HAProxy in their organizations.

As an early pioneer in open source, HAProxy has been continually tested and improved for two decades by a massive and active community that collaborated to design a trusted and reliable standard for high-performance software load balancing.

"I'm very proud of all the people who have come together over the years to make HAProxy the most widely used load balancer in the world. I couldn't have done a tenth of what we've reached without this helpful community, and I would never have imagined that I could have teamed up with plenty of people I didn't know to deliver something better," said Willy Tarreau, CTO, product lead, HAProxy Technologies.

HAProxy's design provides extensive support for modern architectures, including microservices, and for all types of deployment environments, from bare metal servers to VMs and containers.

"At Criteo, we use HAProxy at a massive scale to enable our service mesh, proxying more than 10 million SSL/TLS requests per second through hundreds of load balancer instances. We're fully invested in HAProxy as an open-source project, and other projects in the HAProxy ecosystem such as the HAProxy Data Plane API, which we utilize heavily. Our team often contributes patches and works with Willy and the rest of the community," said Damien Claisse, Site Reliability Engineer in the Load Balancing team at Criteo.

HAProxy was originally written by Willy Tarreau, an early contributor to the Linux kernel, who still maintains the project. Introduced in 2001 as a free, very fast, and reliable solution for offloading traffic from traditional, hardware load balancers, HAProxy quickly grew to offer high availability, security, and logging for TCP and HTTP-based applications and remained modern by continually adopting new standards as they emerged, such as HTTP/2 and QUIC. HAProxy is particularly suited for very high traffic websites, and over the years it has become the de-facto standard open-source load balancer, now shipped with most mainstream Linux distributions. For the full history of HAProxy, read:

HAProxy at Its 20-Year Anniversary

Willy Tarreau describes his views on the success of the project, and how it grew over the years. He also discusses how the open-source model has evolved and other forces at play in the software industry.

The History of HAProxy

HAProxy's Origin Story, as told by Willy Tarreau in 2019, detailing the early initial inspiration and the technical evolution of HAProxy over the years.

In 2021, this incredible milestone was achieved on a Single Arm-based AWS Graviton2 Instance, while maintaining sub-millisecond latency for the 99.99 percentiles! However, it's also possible to run on much more modest hardware while still achieving excellent results.

Capping 20 years of progress, HAProxyConf 2021 will take place this week as a virtual event broadcasted all over the world. Expert speakers from across our open-source community will present best practices and real-world use cases that demonstrate how they use HAProxy and its related components within their organizations.