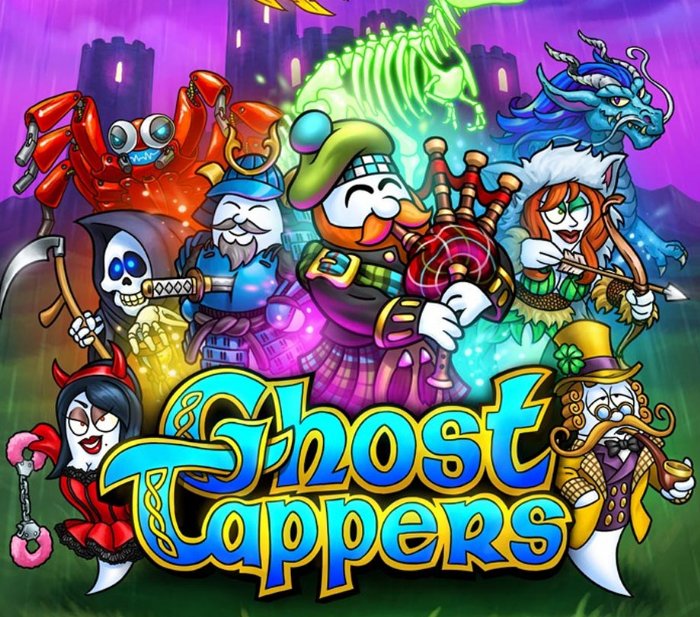 A new game from Wild River comes just before Halloween. In this charmingly quirky clicker game, players will be turned into ghost hunters chasing after Scottish ghosts, creepy monsters and delicious Mocktails!

Wild River, the game publishing label of EuroVideo Medien has announced that the idle game Ghost Tappers will be released this week for iOS and Android; this is the publisher’s second mobile game after Pretzel Land. This ambitious and expansive game for smartphones and tablets was developed by Munich based studio Diviad and will be distributed worldwide by Wild River. The game is free to play and is suitable for young players.

What is Ghost Tappers all About?

The player is an agent of ghost hunting organization S.C.O.T.C.H (Secret Corporation of Trapping Castle Hauntings). The organization’s mission is to uncover all the ghosts in the entire world! In order to do this, the player must set traps to catch ghosts, photograph them and collect the photographs in a photo album. And as everyone knows: the best way to catch a ghost is offering them Mocktails (magic cocktails).

This lovingly designed game features violence-free ghost hunting, is easy to learn, and - like many idle games - practically plays itself! But Ghost Tappers sets itself apart from other games in the genre by being incredibly extensive offering long-term fun. Players can discover 55 locations (each with their own graphics and music), capture over 800 different ghosts in photographs, level up more than 120 agents, and find at least 300 objects. The enchanting comic style, charming humor and captivating gameplay all result in a truly magical cocktail of fun gaming.