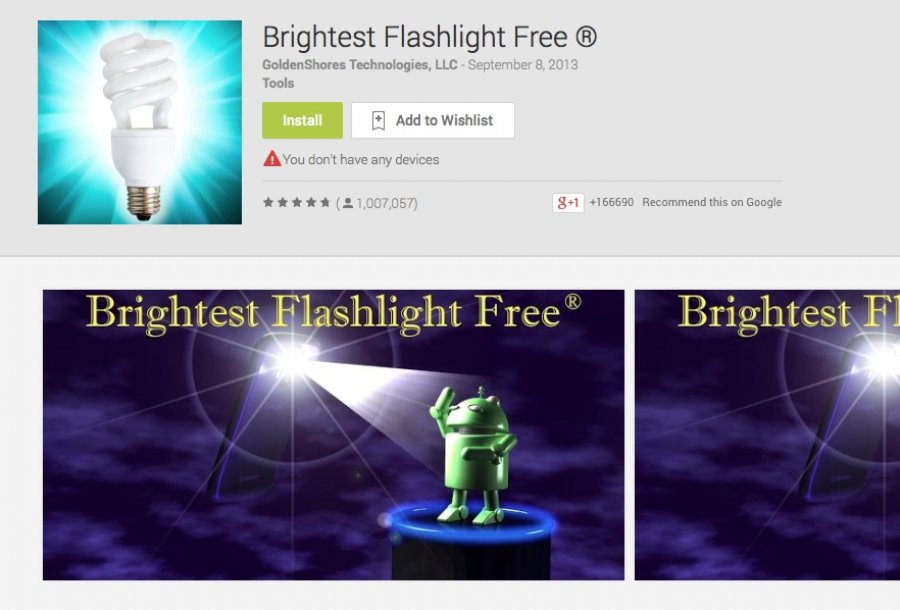 
3,044
On Friday, December 5, 2013, the FTC announced it settled charges against Goldenshores Technologies, LLC, the company behind the “Brightest Flashlight Free” App. According to the release, the app has been downloaded tens of millions of times by users of the Android operating system. The FTC claimed the company’s privacy policy failed to tell users the app collected the user’s precise location, unique device indentifier and shared it with advertising networks. Even more disturbing, was the allegation that the company presented users with an option to not share the information, even though the app automatically shared the information. The FTC settlement required Goldenshore to use a “just in time” notice and delete any personal information collected from consumers.

Clearly, this is yet another example of how important privacy and proper notices have become in the app market. No app is too large to escape the FTC’s scrutiny. The FTC appears to be actively reviewing all forms of privacy notices to insure compliance at all levels. Requiring a “just in time” privacy notice is in keeping with the FTC’s core value of Privacy by Design, a value it shares with California’s Attorney General, Kamala Harris a demonstrated through Ms. Harris’ attempt to hold Delta Airlines liable for violating the California Online Privacy Protection Act in late 2012. We should anticipate several more well publicized settlements in 2014. The consent agreement package memorializing this recent settlement will be able for comment on January 6, 2014. I would anticipate many stakeholders will post comments and that the FTC will likely use this settlement as a template for disputes during 2014.