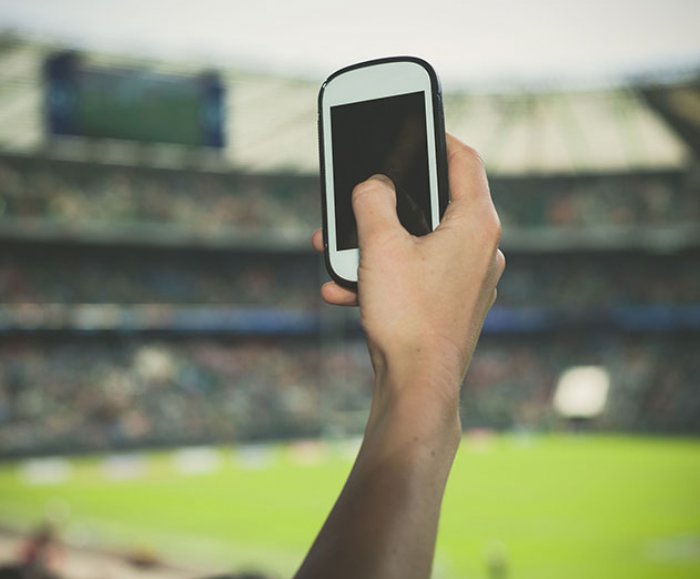 
8,724
Extreme Networks, Inc. announced an agreement with the National Football League (NFL) to become the Official Wi-Fi and Wi-Fi Analytics provider of Super Bowl LI. This announcement follows wired and wireless deployment at Super Bowl LI Stadium in Houston, Texas and marks the first time that Extreme has implemented its wired and wireless solution at a stadium hosting the season's most anticipated game. This is the fourth Super Bowl they will have covered the stadium Wi-Fi analytics.

ExtremeWireless, their end-to-end software-driven networking solution, is already deployed throughout 10 NFL stadiums to support the league's increased focus on advanced wireless standards. As a result, in-stadium wireless usage has increased from one terabyte to 3.5 times that on game day as a result of the increased number of fans accessing Wi-Fi networks game to game, year over year.  The Ravens are only in their second season with public-facing Wi-Fi, and the team's average Wi-Fi adoption percentage is 34 percent – peaking to 40 percent adoption in some games – that's over 28,000 concurrent users on the network. In addition, fan engagement has grown significantly with easy access to team-developed mobile apps: in 2016 the Philadelphia Eagles Game Day App became one of the top five sports apps accessed by fans during games at Lincoln Financial Field, an increase of 4X from in 2015.

Fan usage of the NFL's Super Bowl Game Day app also skyrocketed in the last year, receiving the most hits to date at the 2016 Super Bowl. Other notable trends collected throughout NFL Stadiums include an increase in streaming content and social media apps. In 2016, Snapchat emerged as the number one bandwidth intensive app in stadiums followed by Facebook. All of this data was collected, analyzed and made actionable through ExtremeAnalytics, which is currently deployed in 18 NFL stadiums. With this network visibility, the technical teams in each stadium are able to adjust their wired and wireless strategy to support and anticipate the unique needs of their fans.

As part of Extreme's wireless support, 20 certified Extreme Networks Wi-Fi Coaches will be at Super Bowl Stadium on Super Bowl Sunday assisting fans with Wi-Fi connectivity and access to the Super Bowl Game Day App. The Wi-Fi coaches will interact with fans before the gates open to ensure they have all of the information required to access Super Bowl Stadium's network. They will also be in constant communication with the stadium's Network Operations Center and continuously monitor social media for Wi-Fi connectivity alerts. This program is in place to elevate the fans' Super Bowl experience and enable them to capture and share their memories on their mobile device.

- Local Support and Partners. Ahead of the 2016 NFL season, Extreme Networks partnered with 5Bars, Harris County Sports & Convention Corporation, the Houston Texans, and the Houston Super Bowl Host Committee to deploy the high-density Wi-Fi solution at NRG Stadium which is hosting this year's Super Bowl.

- Robust, Secure Wi-Fi Connectivity. 5 Bars installed ExtremeWireless custom under seat access points (APs) and their enclosures throughout the seating of the stadium. The project also included outdoor coverage, along with club, suites, field, administration, and back office areas.  The total system included 1260 access points installed throughout the stadium complex.

- Referenceable Analytics. In addition to deploying its wireless solution, ExtremeAnalytics will also be implemented, which enables the IT team at Super Bowl LI Stadium to monitor the network bandwidth, ensuring it reaches every fan in the stadium on game day.

Michelle McKenna-Doyle, CIO and SVP of The National Football League had this to say about the latest announcement. "In 2013, the NFL implemented a new wireless standard to support the needs of fans in every stadium. This initiative was incredibly important to the League as fans now expect seamless connectivity and are capturing their memories and experiences through their mobile device. We are proud to have updated over 28 NFL facilities to meet this new standard, and look forward to working with our partner Extreme Networks as we continue to implement more advanced wireless capabilities."