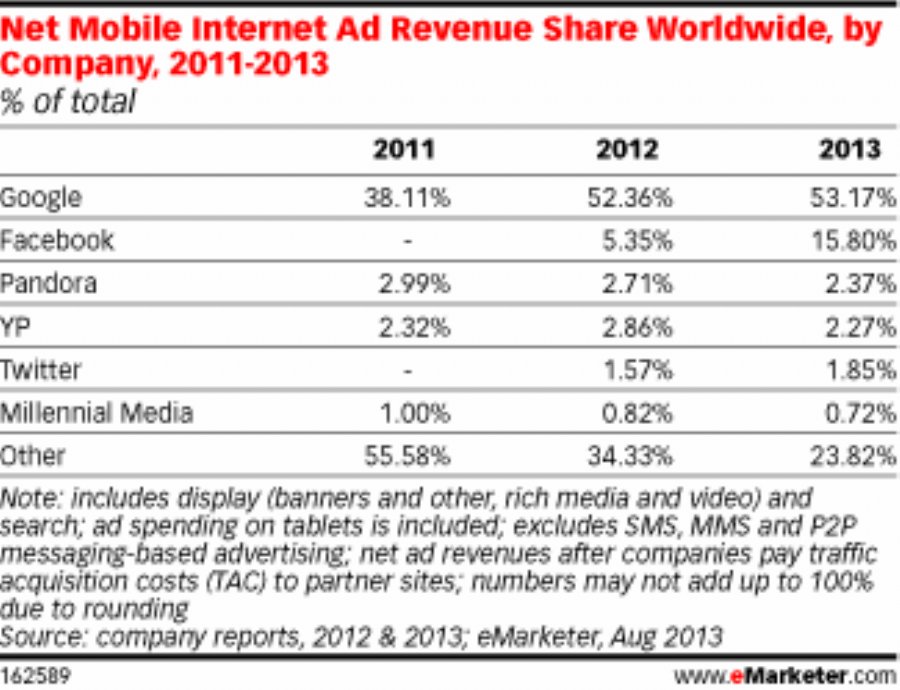 
391
According to eMarketer's latest estimates of worldwide ad spending and revenues, Google is the dominant player with 53% of the total market up slightly from 2012. Google is also the leader in total digital ad publishing taking in 33% of all digital ad dollars.

eMarketer estimates the total mobile ad market worldwide is expected to grow 89% to $16.65 billion in 2013.