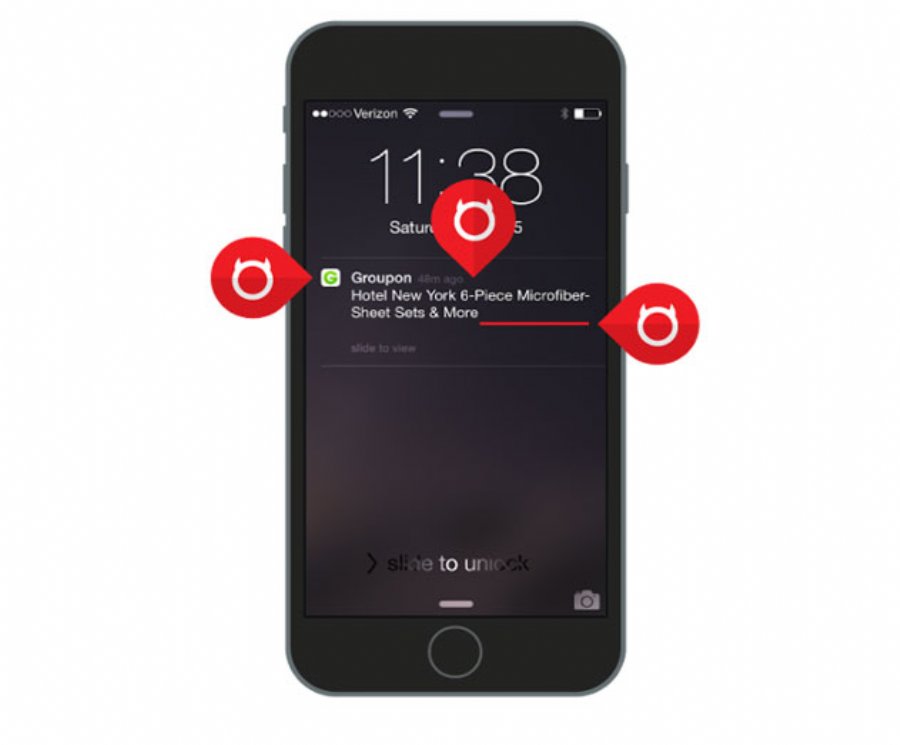 
17,115
If it looks like a duck, swims like a duck, and quacks like a duck - its probably a duck. And if it looks and feels like spam, its probably spam and we all know what happens to spam.
We’ve had a long time to experience email spam on our computers and in that time our conditioning has been well engrained – we react negatively – ignoring or immediately hitting the delete button. While the advent of smartphones and other smart devices, combined with the ability of apps to communicate through these devices, have opened up a great new opportunity for personal levels of communicating and marketing – it also has opened up a whole new area for spammy app marketing tactics.
I have Sprint as my service carrier and to their credit, they don’t send me useless communications. In fact, I was in Austin last weekend and when the tornadoes and storms started hitting around me, Sprint immediately sent out warnings, the first communications from Sprint I can remember. So I paid attention to the texts I received and it was a good thing, because I wasn’t aware of the extent of the storms and my plans were to travel in an area that was flooding. If you’ve seen the video footage and the number of deaths associated with the Austin area flooding, you know how bad those plans could have turned out.
Now in the past if Sprint had been sending me useless, spammy texts I may have ignored the warnings. But they didn’t, so when Sprint texts me, I’ll listen. Now I’m not advocating never communicating with your users, I’m just saying when you communicate relevantly your users will pay attention.
So what constitutes spammy app marketing communications? In a recent article by Annum Munir on the Localytics website, she describes how “spammy app marketing takes the form of push and in-app messages that are unsolicited, disruptive, irrelevant, impersonal, ill timed, and poorly designed. In other words, spammy app marketing is a push or in-app message that is blatantly self-promotional and/or delivered to the wrong person, at the wrong time, with the wrong content.”
In the article she then goes into details covering several well known company’s spammy app marketing communications. She discusses in detail what they did wrong with a “Sin Counter” – an interesting listing of the marketing rules broken – and provides suggestions for how to fix the message. The actuality is that the goal of the communications were actually sound, the delivery was what was spammy.
For example she outlines “Groupon’s Dry and Dull ‘Daily Deal’ Push Notification”. What did the Sin Counter show?
1) - No details on the daily deal aside from the name of the product
2) - No call-to-action that prompts us to click
3) - No captivating language that conveys the awesomeness of this sale
4) - Uncertainty around why this particular product was highlighted versus others (Does Groupon know what different users want to be alerted about? Or, do all users get the same daily deal regardless of preferences?)
She then provides a “Spammy-to-Stellar Makeover & Our Recipe for Redemption” pointing out how to fix the message:
- Summarize the key components of the sale (What's on sale? When? How much?)
- Add a CTA to encourage timely action
- Express the exclusiveness of the deal
- Segment users based on product interests, previous purchases, and any deals they may have favorited in-app
In the article she covers several other spammy appearing communications from other well known companies. Its amazing how the fixes were really simple, and you wonder why they weren’t used in the first place. You can read the full article here.