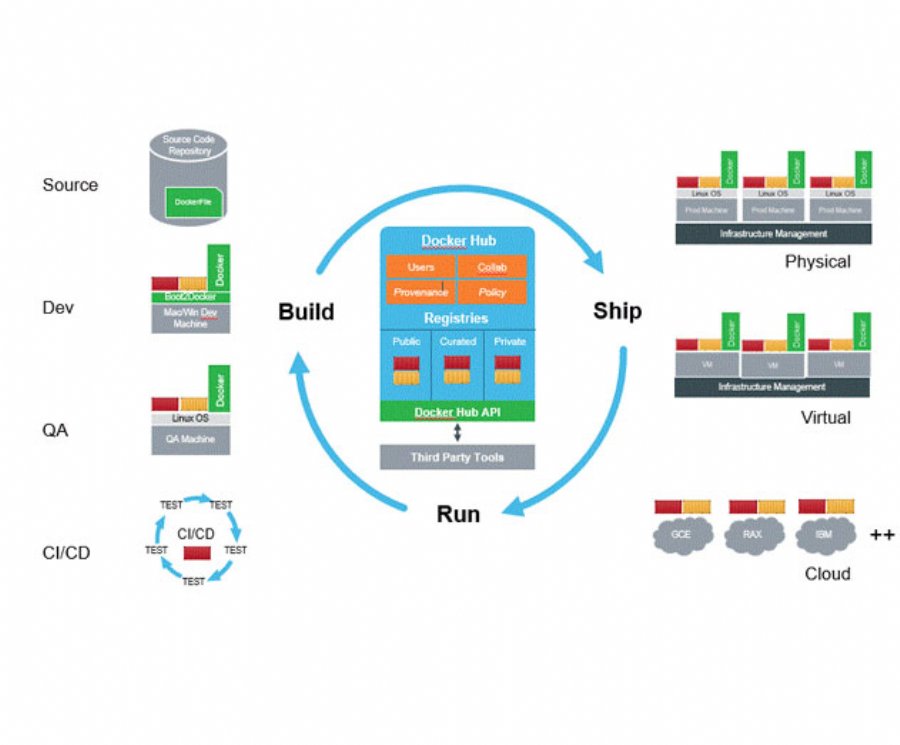 
2,770
Docker is an open platform for developers to build, ship, and run distributed applications. Consisting of Docker Engine, a portable, lightweight runtime and packaging tool, and Docker Hub, a cloud service for sharing applications and automating workflows, Docker enables apps to be assembled from components and helps to eliminate the friction between development, QA, and production environments.
Docker Hub provides services for distributed applications, including container image distribution and change management, user and team collaboration, lifecycle workflow automation, and third-party services integration.
With Docker, developers can build any app in any language using any tool chain. “Dockerized” apps are completely portable and can run anywhere  - OS X and Windows laptops, QA servers running Ubuntu in the cloud, and production data center VMs running Red Hat.
Docker 1.0 includes over 40 bug fixes, improved API consistency, and completely re-written documentation.
Developers can get started with one of the 14,000 and counting apps available on Docker Hub. Docker manages and tracks changes and dependencies, making it easier for administrators to understand how the apps that developers build work. With Docker Hub, developers can automate their build pipeline and share artifacts with collaborators through public or private repositories.
Major features of Docker Hub include:
- An integrated console for managing users, teams, containers, repositories, and workflows.
- The Docker Hub Registry, offering more than 14,000 “Dockerized” applications, available to all developers as building blocks for their own applications.
- Collaboration tools, enabling users to manage and share their applications through both public and private repositories, and to invite collaborators to participate in any stage of the application development lifecycle.
- The Automated Build Service, which keeps applications up-to-date by automatically rebuilding and updating an application’s public or private repository whenever the source code is updated on GitHub or Atlassian Bitbucket. Over 25% of the more than 14,000 Dockerized applications in the Docker Hub Registry are now created using Automated Builds, providing both automation and end-user assurance of container origin.
The Webhooks service, which enables users to automate repetitive workflows for build pipelines or continuous deployment, Interoperable with any RESTful API,  webhooks enables organizations to take advantage of the web APIs published by any service or software package, like GitHub, AWS, or Jenkins.
- The Docker Hub API, which includes a user authentication service, so that third party applications and services can gain authenticated access to applications in a user’s public and private repositories. Third-party services that have already integrated with the Docker Hub API include AWS Elastic BeanStalk, Deis, Drone.io, Google Compute Engine, Orchard, Rackspace, Red Hat, Tutum, and many others.
- Docker Hub accounts are free for all registered users.
For more information visit the Docker website.