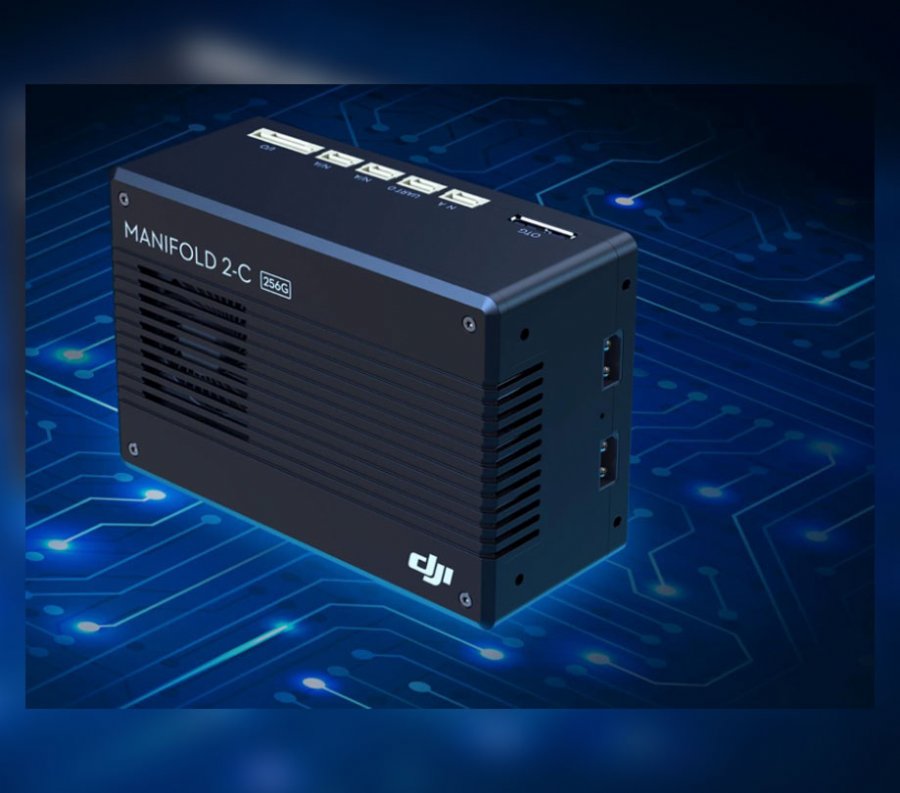 DJI announced Manifold 2, an ultra-compact onboard supercomputer for DJI drones that enables the next-generation of autonomous aerial robotics solutions. With the additional compute capability of Manifold 2, users can process complex image data onboard the drone and get results immediately and can program drones to fly autonomously while identifying objects and avoiding obstacles.

“Through partnerships with some of the industry’s leading computing companies and chip manufacturers, we are enabling DJI drones to become intelligent flying robots that can perform complex computing tasks and advanced image processing literally on the fly,” said Jan Gasparic, DJI Director of Strategic Partnerships at DJI. “Manifold 2 expands the use cases of drone technology exponentially by allowing businesses, developers and researchers to build the most advanced autonomous aerial robotics solutions for nearly any industry or task.”

Manifold 2 provides powerful intelligence for a variety of applications with the ability to choose between an Intel® Core i7-8550U CPU or NVIDIA Jetson™ TX2 supercomputer on a module for AI at the edge. Both versions are compatible with DJI’s leading enterprise drones including the Matrice 210 series and Matrice 600 series and can be integrated into the drone’s internal systems and sensors using DJI’s powerful software development kit, allowing for open customization and seamless integration into the DJI ecosystem of software and hardware solution providers. Each Manifold 2 includes USB, UART, CAN ports and more, allowing developers to link multiple Manifold 2 processors and build on top of them to transform DJI drones into specialized aerial robots for specific applications and industries.

“DJI Manifold 2 not only enables the advanced computer vision, perception and navigation featured in Automodality’s patented AMROS and Perceptive Navigation platform suite, it also enables next-generation artificial intelligence out on the edge, a hallmark of Automodality’s software and service offering for industrial inspections,” said Ed Koch, Chief Technology Officer at Automodality, a leading company developing autonomous drone solutions. “By empowering the drone to perceive and analyze in real-time, Manifold 2 opens new areas and capabilities and allows Automodality-equipped DJI Matrice 210s to autonomously fly where no one else has flown before, in GPS and radio frequency-denied environments where the most valuable and actionable data resides.”