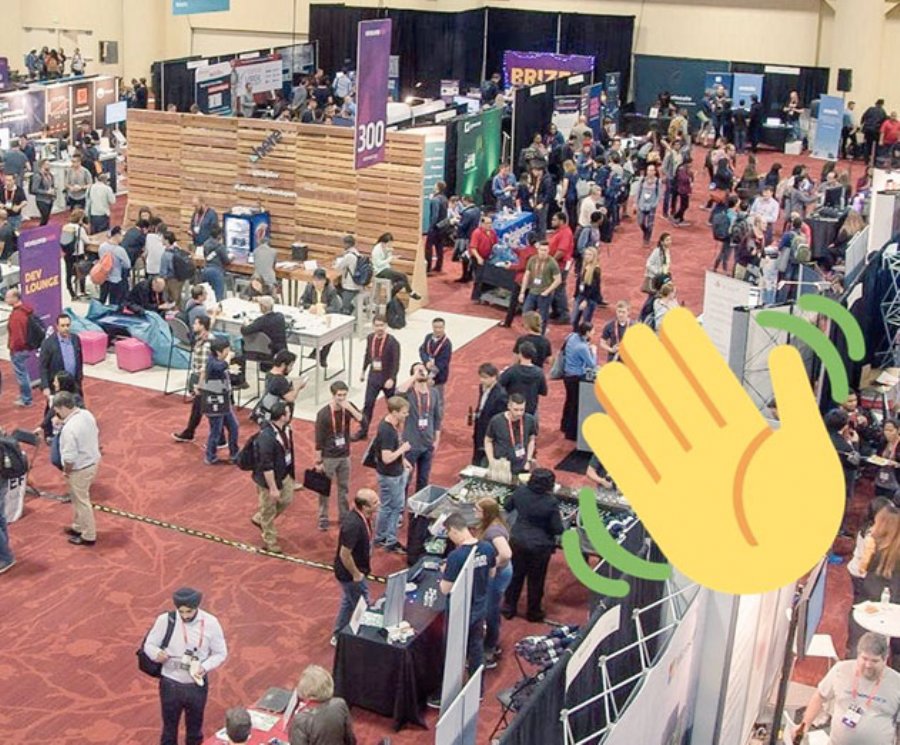 AI, VR, and more were discussed at DeveloperWeek 2018, here's everything you missed.

DeveloperWeek 2018, held recently in the SF Bay Area, is part of the largest series of completely developer-focused events in the world, with conferences also held in New York and Austin. It is a testament to the fact that “software rules the world” that around 8000 developers turned up for various parts of DeveloperWeek, which included a large two-day Hackathon, a frenzied Hiring Mixer, an Expo of dev-enablement tools and services, and many tracks of educational sessions that I will discuss.

There was an interestingly broad mix of people across the event. At one end of the spectrum there were CEOs and startup founders looking to see how AI, VR/AR and other technologies are driving new levels of user experience. At the other end of the spectrum were enthusiastic high school students looking to join the software industry. In between were software developers of all kinds from new job-seekers to experienced professionals in both startups and larger companies, many sharing their knowledge in various sessions. While probably the majority of attendees were from California, some groups had flown in from all over the U.S. and as far away as Eastern Europe and Asia Pacific. On the student side, while traditional University Computer Science departments were well represented, it was interesting to see new “software first” alternatives like Holberton School and Make School sending roaming groups of students, who always had smart questions.

It is increasingly difficult today to maintain oneself as a leading-edge software developer, given the tremendous pace of both technology and and technology evolution. A modern dev really has to be a master of many trades, and constantly willing to learn!

DeveloperWeek delivered a rich set of tracks with multiple sessions on essential emerging technologies. This included Artificial Intelligence, Machine Learning, Virtual Reality, Augmented and Mixed-video Reality, and Blockchain. Each of these areas is a major discipline in itself, but I believe that all developers need at least a basic understanding of each these topics to be effective in proposing solutions to modern app needs. The conference allowed developers to rapidly sample a lot of key technologies.

Initial AI and Machine Learning technology has already become pervasive in Google, Facebook and other platforms, allowing applications to be much more adaptive to users’ needs by “recognizing” context and intent. This creates a challenge for developers of new apps in how to keep up with the pace so that their own apps are intelligent and not boring. Open AI/ML APIs from Google, Microsoft, Amazon and IBM are key here, along with new ideas like the AI Marketplace for sharing microservices from algorithmia.com.

It was great to see Microsoft’s AI and vision investments in action in Jerry Nixon’s session where he showed their “Seeing AI” application that allows blind people to “see” by having the scene in front of them interpreted and spoken to them. See this online video of the work (slides from many of the sessions will be posted by DeveloperWeek in the weeks ahead). Jerry also covered the state of “Convolutional Neural Networks” and easy access to complex AI algorithms by any developer through REST APIs.

In a similar vein, Shannon Chen from Facebook’s session on content-dependent 360 video streaming was interesting in showing how AI-driven analysis of video streams can support all kinds of optimizations of the stream itself. This is done using scene analysis to decide what’s important and what’s not, and then dynamically allocating resources to what is important - here applied to 360-degree videos. I have also spoken on this topic myself, so I certainly agree with the approach.

More generally, Guy Fighel, Co-Founder & CTO at SignifAI, provided a valuable “Observability Quadrant” framework and then focused on the Unknown Unknowns quadrant for DevOps. This was a great cross-over between new AI technology and practical developer tools. As Guy says “despite the fact that modern DevOps teams have multiple monitoring tools, hundreds of metrics instrumented and are capturing billions of data points...downtime still happens.” His approach is to apply machine learning to all this DevOps data in order to find the difficult correlations and insights needed to improve uptime.

While many see virtual and augmented reality as mainly being about gaming, my experience working with customers is that it is important fields like telehealth, eLearning, customer service, and complex remote field repair that also benefit. Sergey Kudryavtsev of Jedium delivered an interesting education-focused session on using VR/AR content for teachers and students. His approach leverages big data analytics to understand and improve individualize learning paths for each student.

I must admit to spending more time on the new technologies, but let me highlight Jason Warner of GitHub’s session on the importance of building a scalable development culture, and Bryan O'Sullivan of Facebook’s session on their data-driven tool and workflow building approach to handling their intense growth at Facebook. While there were many useful nuts-and-bolts talks on topics like leveraging containers, herding microservices, and improving JavaScript use with functional programming techniques, building large-scale software is ultimately about people, teams, process and culture. A good lesson for both students and experienced practitioners.

DeveloperWeek provided something for every developer, including the exciting two-day hackathon over the weekend, an extremely busy hiring mixer and the range of affiliated technical meetups, parties, and happy hours.

But above all, DeveloperWeek 2018 provided a rich well-rounded educational opportunity for developers. Artificial Intelligence, Virtual, Mixed and Augmented Reality, and Blockchain were clearly the key technologies that attendees came to learn about. But to be an effective app builder, developers also need to have a strong understanding of rapidly changing tools and development approaches, which the event also delivered. My biggest takeaway is that today’s well-rounded developer must be a technology and tool polymath.This content is made possible by a guest author, or sponsor; it is not written by and does not necessarily reflect the views of App Developer Magazine's editorial staff.