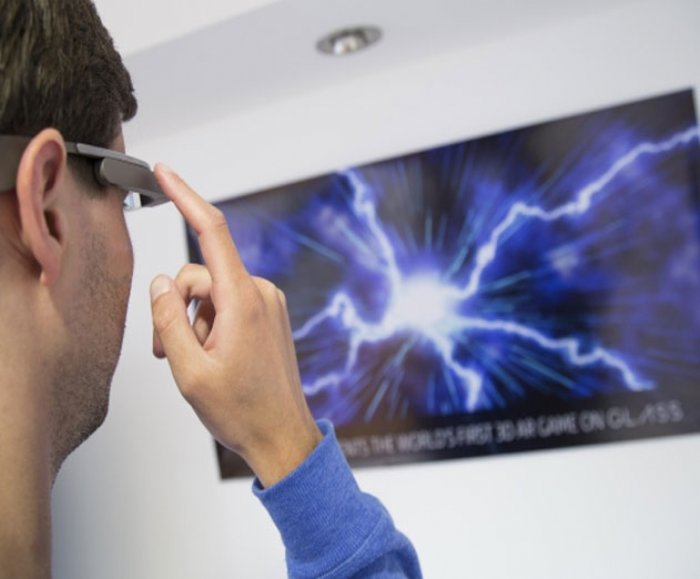 
3,059
Earlier this year, Blippar unveiled is augmented reality app on Google Glass, showcasing its fully functional image-recognition capabilities on the device. Now Blippar  has announced its latest foray into augmented reality, with proprietary gesture-recognition technology driving its new gaming platform.
Blippar's Games for Glass platform is a new gaming experience that enables players to bring the world around them to digital life and interact with it in meaningful ways. With Glass the platform provides the ability to trigger a virtual interface with which users can interact via their hands and the headset itself.
A new developer SDK is expected to be released in the coming weeks allowing developers to create their own Glass offerings.