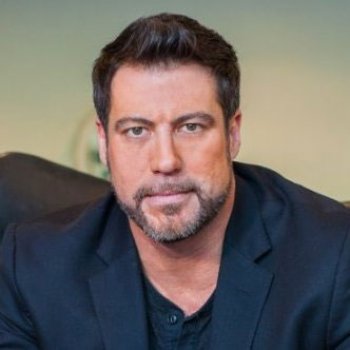 Chad Jones is the Chief Strategy Officer of Deep Information Sciences. He is an innovative technical and marketing executive leading cutting edge start-ups and F50 companies as an entrepreneur, thought leader and angel investor. Mr. Jones has more than 18 years experience in strategy and development in Internet of Things (IoT), cloud, virtualization and infrastructure technologies. His ability to understand nuanced technology combined with an uncanny sense of market and business needs drives a unique perspective. This perspective shapes product and business strategies that capitalize on differentiated value, and then articulate this value through enlightened positioning and thought leadership. This unique vision takes big ideas from inception through execution resulting in highly profitable outcomes including six exits to companies such as Microsoft, VMware and Intel. He has also traveled the planet discussing a vision for a better world through technology.Mr. Jones splits his time as an angel investor, board member and operational executive with innovative companies across the technology, beverage, construction and sports worlds. Mr. Jones last role was Vice President, Internet of Things Strategy for LogMeIn where he created and drove Xively, one of the premier Internet of Things brands. Before Xively, he was VP, Strategy and PM with leading private cloud vendor DynamicOps, which was acquired by VMware. Prior to DynamicOps, he was VP, Product Management for a client hypervisor company named Neocleus, which was acquired by Intel. He also spent 2 years at Microsoft as Sr. PM responsible for application virtualization strategic planning, marketing and evangelism as part of the Microsoft Desktop Optimization Pack team (MDOP). MDOP became the fastest growing product in Microsoft history with over 35 million licenses sold in two years. Mr. Jones joined Microsoft through the acquisition of Softricity, a Boston based ISV. He is one of the creators of Softricity SoftGrid which pioneered application virtualization.
All articles by Chad Jones

In today’s application-centric business world, nothing matters more than an application’s performance and ability to handle massive data growth. The problem is that Content Management Systems (CMS), which are integral to many applications, are increa...