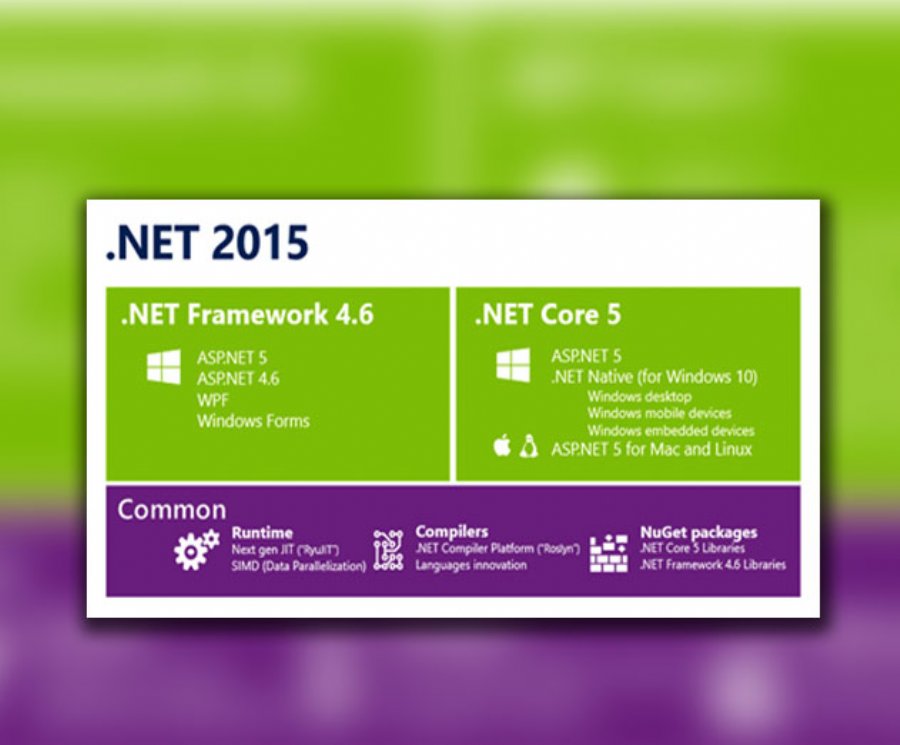 
13,051
It's big news for .NET where, on top of the release of .NET 2015 Preview, Microsoft has announced that .NET is entering a new era as it becomes open source as a core principal, enabling .NET applications to run on multiple operating systems.
As part of .NET 2015 Preview, Microsoft is delivering .NET Core 5, which is a completely open source stack and can run on multiple operating systems. Microsoft is only contributing .NET Core 5 to the .NET Foundation and will openly collaborate with the community to ensure a strong relationship with existing .NET open source communities, in particular the Mono community.
The announcement was made at the Connect(); event and includes these highlights:
- .NET Core 5 is open source on GitHub
- Microsoft will support .NET Core 5 on Windows, Linux and Mac
- Microsoft has contributed .NET Core 5 to the .NET Foundation
- .NET Framework 4.6 reference source now uses the MIT license
- Renewed collaboration with the Mono Project
Microsoft has released a mountain of information around this announcement and instead of regurgitating it to you here, go to these links for more info:
- Announcing .NET 2015 Preview: A New Era for .NETÂ
- The .NET Core is Open Source
- The .NET Core project under the stewardship of the .NET Foundation
- GitHub repository contains the foundational libraries that make up the .NET Core development stack
- Introducing the Visual Studio 2015 Preview for C