Next
Richard Harris
2/4/2014 7:32:37 AM
2/4/2014 7:32:37 AM
Appurify Launches Appurify Mobile Platform (AMP) – the First Ever Solution to Optimize Both Quality and Performance of Mobile Apps and Websites
Appurify, consumer loyalty, AMP, pre-release
https://appdevelopermagazine.com/images/news_images/amp_vslysmv2.jpg 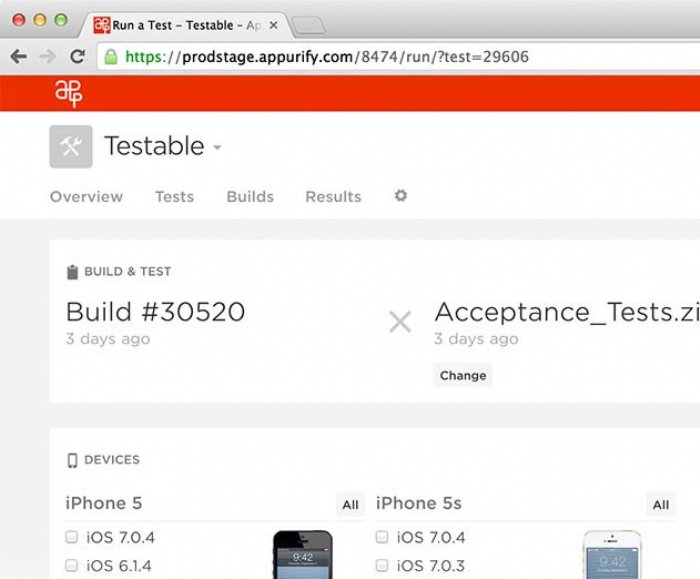 AMP Allows Developers to Test the Quality and Performance of Mobile Apps and Websites Pre-Release, On Any Platform and Device, At Scale

Appurify, offering a unique approach to mobile performance optimization today announces the Appurify Mobile Platform (AMP). Appurify is the first solution of its kind that allows developers to immediately pinpoint and troubleshoot their mobile quality and performance issues pre-release. Developers now have an automated solution that provides them with a clear view of their app’s real-world performance across a comprehensive range of real devices, OS configurations, available memory, screen orientations, networks, signal strength and more, before publishing to the app store.

Jay Srinivasan, CEO and Co-Founder of Appurify, comments: “Successful app developers understand that consumer loyalty is often attributed to mobile performance, and consistency in this performance. Mobile optimization can’t be an afterthought when building an app. With AMP and Appurify’s real device lab, for the first time, companies can address quality and performance issues early in an app’s development lifecycle, allowing for faster, higher quality releases, rather than troubleshooting after an app is live in the app store.”

“Mobile is an unforgiving environment, where many different factors can cause an app to fail and frustrate users. Accessible quality assurance and automation are critical for app developers, and for the overall growth of a healthy mobile ecosystem,” said Karim Faris, General Partner, Google Ventures. "Appurify is committed to democratizing the process by bringing the most comprehensive level of testing to every mobile application.”

To further validate challenges developers are facing in the market, Appurify has also launched its “The State of Mobile Development & Performance in 2014”* report. The key findings of the study present a clear picture of how app store success closely relates to mobile performance, including stability, responsiveness, and load times — as well as reviewing the key challenges in mobile app and site delivery and testing:

Jonah Kowall, Research Vice President, Gartner comments in a recent report**: “The contribution of mobile applications within a business strategy is becoming paramount. The building, support and operations of these mobile application presences are often decentralized. This trend will change over time, shifting toward a centralized model for support and operations requiring a consistent view of the mobile application performance and availability. Tools to understand and measure the quality and performance of applications are emerging both as best-of-breed solutions and as part of a broader APM strategy. Organizational struggles must be addressed inclusive of changes in skill sets and the technology to support these platforms.”