Next
Stuart Parkerson
9/1/2015 2:03:06 PM
9/1/2015 2:03:06 PM
Telerik Survey Shows Over Half of Developers Have Never Built an App
Multi-Platform,App Delivery,Progress
https://appdevelopermagazine.com/images/news_images/Progress-Surveys-App-Developer-Magazine_74wb4x7f.jpg 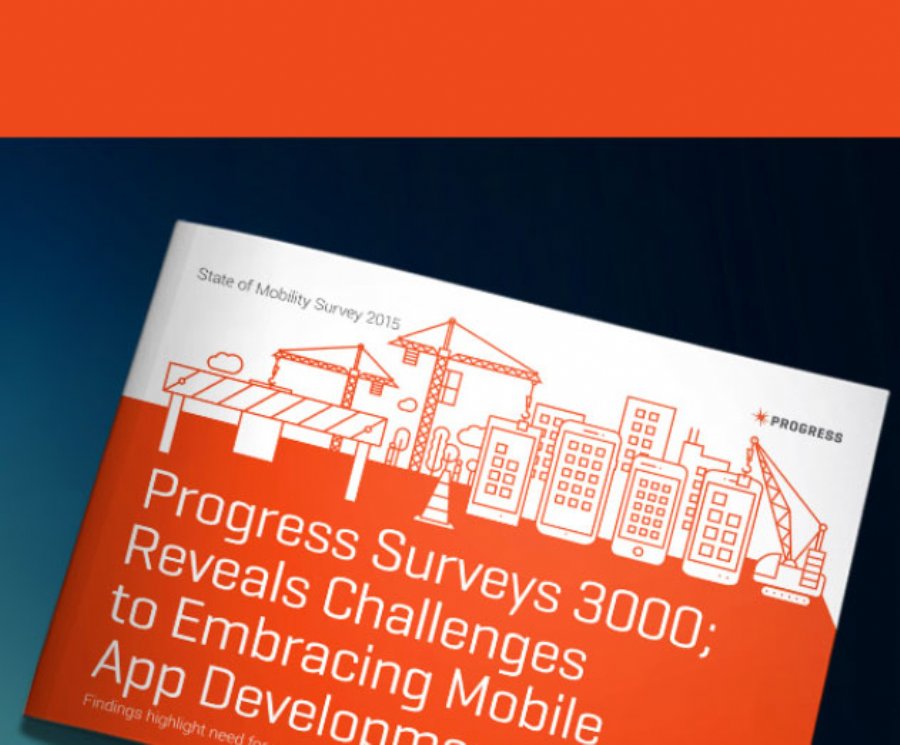 
9,329
Telerik, a subsidiary of the software company Progress, has released the findings from its latest Telerik State of Mobile Development report which surveyed 3,000 IT professionals and developers to assess the adoption, trends and perceptions around mobile development.
One of the most interesting revelations from the survey was the fact that that 57% of the developers that responded have never built a mobile app, indicating that mobile app development remains highly specialized.
The survey was conducted in June 2015. The more than 3,000 respondents were a mix of developers (49%), CEOs/owners (14%), architects (14%), IT professionals (8%), CTOs (6%) and others. Forty-seven percent of respondents work in software companies or ISVs, 33% in non-software companies (enterprise/SMBs) and 20% in development system integrator shops. Although exact geographical data was not available, more than one-third of respondents were U.S.-based.
Findings from the survey include:
App Delivery Slow Due to Limited Resources and Other Challenges
Though interest in using mobile apps among consumers and enterprises continues to grow, adoption of mobile application development is slower than expected. In addition to the fact that 57% of the developers that responded have never built a mobile app, 47% of developers surveyed develop, on average, just one functional mobile app per year. Developers expressed frustration over constraints and changing technology and development practices (16%). In addition, they struggle with a range of inhibitors, such as a lack of time (19%) to a lack of tools (15%) to budgetary constraints.
Developing Compelling Mobile Apps Is Key to Success
Improved operational efficiency was cited most often as a key reason for building mobile apps. Other reasons include creating revenue opportunities (39%), increasing employee productivity (38%), improving customer service (35%) and engaging customers in a more meaningful way (34%). Forty-four percent of those surveyed indicated UX as the most important part of the apps they build, followed by ease of maintenance (24%), performance (15%) and security (11%).
Organizations Would Benefit from Multi-Platform Approach
Most developers are not set on a particular approach for building mobile apps. Hybrid is the most preferred (33%), followed by native (25%) and web (19%), but the dividing line is in close proximity. 66% percent reported developing for Android, 63% for iOS and 40% for Windows Phone. Of those who develop for iOS, 83% also develop for Android. 36% of respondents listed multi-platform development as the most challenging part of the app building process, tied with the need to provide a clean UI.
New Development Challenges Are on the Horizon
Respondents reported developing for a mix of platforms other than mobile, including web (87%), desktop (62%), IoT (22%), wearables (6%) and others. According to the survey, IoT trumps wearables, such as the Apple Watch, as the "next big thing" in app development. Smart appliances and virtual reality devices, such as the Oculus Rift, are expected to be more important by 35% and 21% of respondents, respectively. Only 21% of those surveyed have definitive plans to build apps for wearables in 2015. Of the 21%, 45% will be developing apps for the Apple Watch.