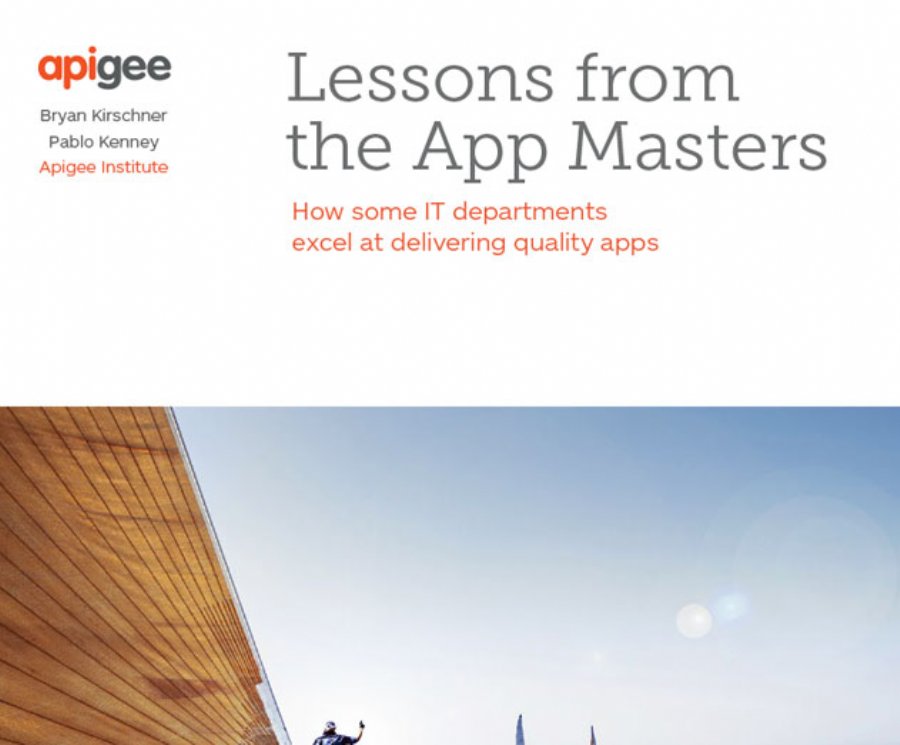 
22,359
Being a large company with significant IT resources in play does not guarantee success in launching mobile initiatives, at least according to a new study by Apigee. The company reports that 45% of the large enterprises they surveyed are struggling with mobile.
Analysis from the study is available from Apigee’s “Lessons from the App Masters: How Some IT Departments Excel at Delivering Quality Apps,” which explores the findings of a recent global survey of IT executives at large enterprises that attempted to deploy apps in 2013.
The report reveals that while mobile apps play a key role in business success, nearly half of the IT decision makers surveyed reported missing expectations on at least one of five measures of app deployment success: number of apps, quality of apps, budget, business impact, and time. Apigee reports that those who exceeded expectations across all five of these measures share a common pattern for success that includes strategic and aggressive use of external resources.
The survey was fielded in January 2014 to 800 IT Decision Makers at companies with more than $500 million in annual revenue around the world in more than 25 industries.  The survey respondents came from the following geographies: Australia, China, France, Germany, India, Japan, the United Kingdom, and the United States of America.
Survey Findings
There is a disconnect between enterprises producing apps successfully and those struggling:
- Of IT decision makers in large enterprises that attempted to deploy apps, more than one in four failed to meet their timeline, nearly one in five failed to meet budget, and a similar proportion had to produce fewer apps than planned. Another five percent of enterprises failed entirely in their attempts to produce apps.
- In contrast, some companies seem to have mastered app development, with eight percent reporting exceeding expectations on building and deploying apps across all success metrics.
Successful companies are far more open to working with outside parties:
- Only 11 percent mostly or exclusively used internal resources, compared with more than a quarter of those struggling to deploy apps.
- Nearly a third of the IT decision makers from successful companies reported proactively looking for external resources, compared to only six percent of those who reported failures.
Successful companies understand the value and strategic power of leveraging external resources, beyond cost savings:
- When asked why they turn to external resources, companies that cited failures said that cost reduction as the top reason (41 percent) one would use external resources, but only 28 percent saw value in access to external expertise. When asked why they turn to external resources, 78 percent of the Successful companies stated that access to technical or project management expertise was an extremely important reason.
Successful companies are more likely to embrace the cloud:
- Of Successful companies, 85 percent are replacing legacy components with public or private cloud alternatives. Another 83 percent of this group reports committing to leveraging cloud-based external resources wherever they meet business needs.
- On average, the successful enterprises reported moving 80 percent of their infrastructure to Infrastructure-as-a-Service (IaaS), and 80 percent of their application development to Platform-as-a-Service (PaaS). In comparison, those companies that experienced failures reported moving an average of 44 percent of their architecture to IaaS and PaaS.
- Of the unsuccessful companies, 18 percent saw the strategic value of the cloud as extremely relevant to their organization. In contrast, a full 61 percent of the Successful companies agreed that being cloud-first by making use of IaaS, PaaS, and Mobile-Backends-as-a-Service (MBaaS) while strategically approaching external resources is extremely relevant to their company’s strategic market position.