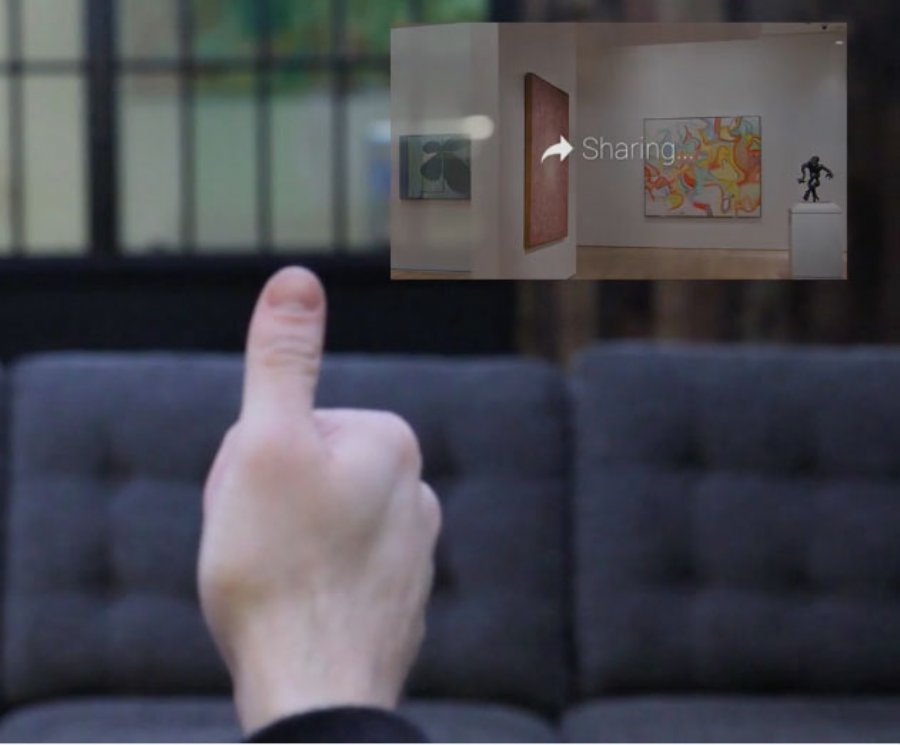 
3,523
OnTheGo Platforms has launched a new type of interface for Smart Glasses, called Ari (Augmented Reality Interface).
The company points out that “Voice and touch control work well on smartphones, but smart glasses require a new, intuitive interface.” The companies Ari SDK uses a single outward facing camera to track a user’s hand motions and gestures, enabling the user to interact naturally with the content being displayed in front of them. The SDK allows developers to move beyond voice control and a touchpad on the side of the glasses.
Ari is built on top of the Android OS.  Since the majority of all of the smart glasses entering the market run the Android OS and have one built-in camera, the company’s SDK can remain device agnostic and distribute Ari across all of the major smart glass devices for the current foreseeable providing a “universal Smart Glasses user experience regardless of hardware.”