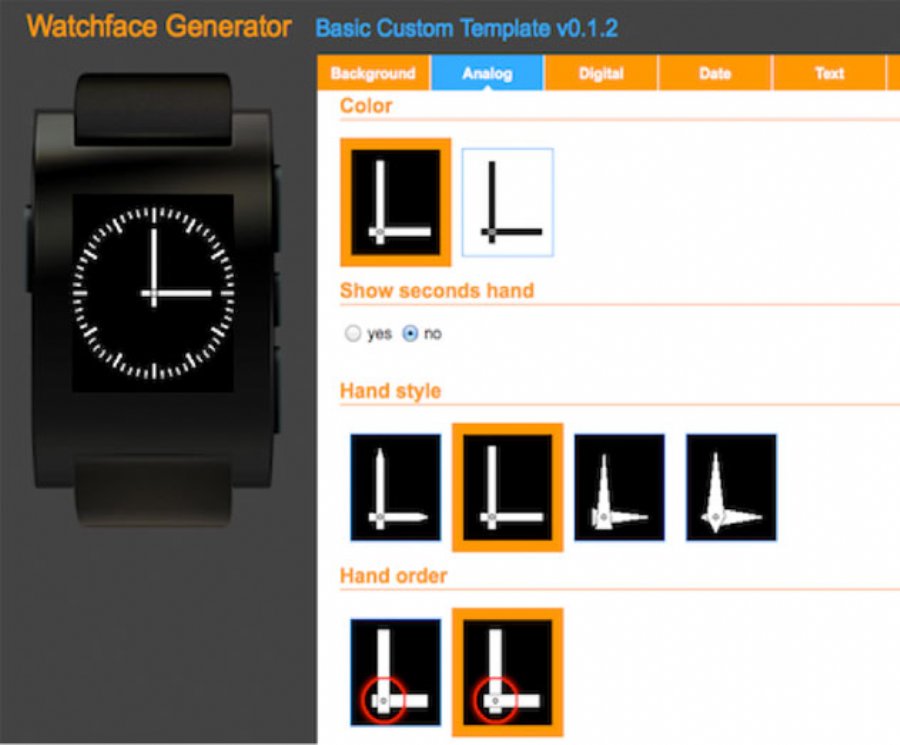 
20,294
This is the first in a series of technical articles, coding headstarts and white papers, provided by the members of the Pebble software engineering team. The article details what at first appeared to be a daunting challenge faced by the Team in helping a Pebble developer convert the 150,000 v1.0 watch faces that his users had generated tothe newly updated Pebble OS v2.0
Like thousands of Pebble users, you might have used watchface-generator.de to create a custom watch face with a picture of your cat, kids or favorite soccer team's logo––all without writing a single line of code. Over 150,000 custom watchfaces were created and generated using watchface-generator.de. The creator and Pebble-enthusiast of this remarkable tool, Paul Rode, did an amazing job of enabling anyone to create a custom Pebble watch face within a matter of seconds.
But with the release of the Pebble OS v2.0 software update, things changed for users who had originally created custom watchfaces. Pebble made the difficult decision to break apps that were built for v1.0––primarily for the sake of future expandability of the Pebble platform. This meant that all the 150,000+ watch faces that Pebble users had carefully crafted would break after updating their Pebbles to v2.0.
To avoid such a situation, Pebble decided to translate all the v1.0-based watchfaces from watchface-generator.de to v2.0-compatible equivalents. You might have noticed that after the installation of v2.0, your creations from watchface-generator.de were automagically converted and still worked on Pebble OS v2.0. How did that happen?
The process of converting all these different watchfaces was technically difficult and challenging. As it happened, neither the source code nor the custom configuration for each watchface had been saved. Thankfully, Paul Rode (Mr. Watchface-Generator.de) helped the Pebble engineering team with the conversion project, providing much needed access to the generated watch faces and keen insight into how the generator works and what the possible variations could be.
In the remainder of this article, we’ll discuss the technical details of how we took on this task and successfully converted 90% of the watch faces to be compatible with Pebble OS v2.0.
A Brief Look Inside the Watchface Generator 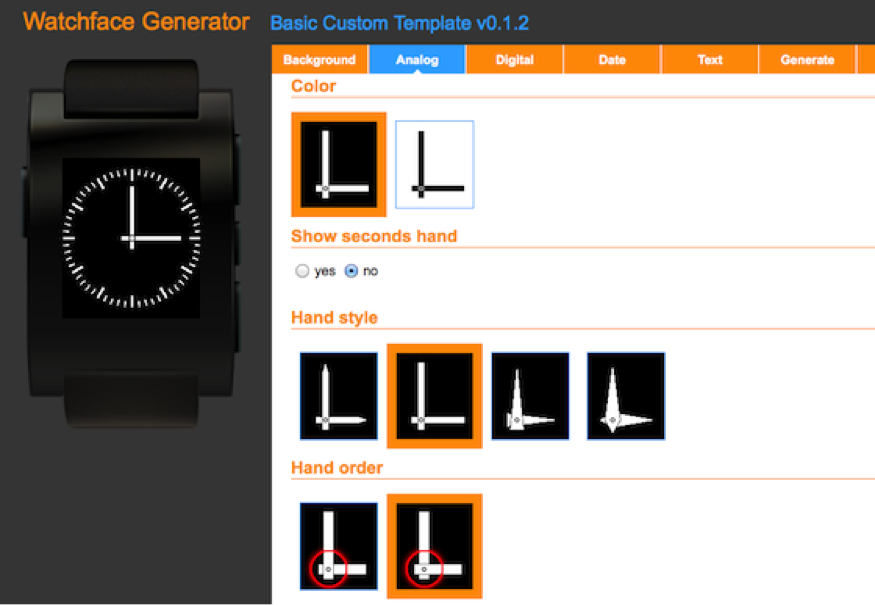 The watchface-generator.de site makes it easy to create a custom watch face by providing a step-by-step UI that lets you customize different aspects of the watch face.
For users, there are a number of parameters you can configure, including:
Behind the scenes, once you hit the Generate button, the site produces a Pebble watch app project, complete with applicable C code, background image and fonts.
These are just a few examples of thousands of watch faces that Pebble users created.

The C code for each watch face is generated based on a template in which value placeholders are substituted with the actual values that the user provided. Code for unused features is left out entirely. The generated project is compiled into Pebble’s app file format. The app only contains the compiled machine code, images and fonts. The resulting app is passed back to the user’s browser and also stored on the server for later retrieval.

The Challenge: How To Derive Configurations For 150,000 Different Watchface Binaries

Read more: http://www.watchface-generator.de/This content is made possible by a guest author, or sponsor; it is not written by and does not necessarily reflect the views of App Developer Magazine's editorial staff.