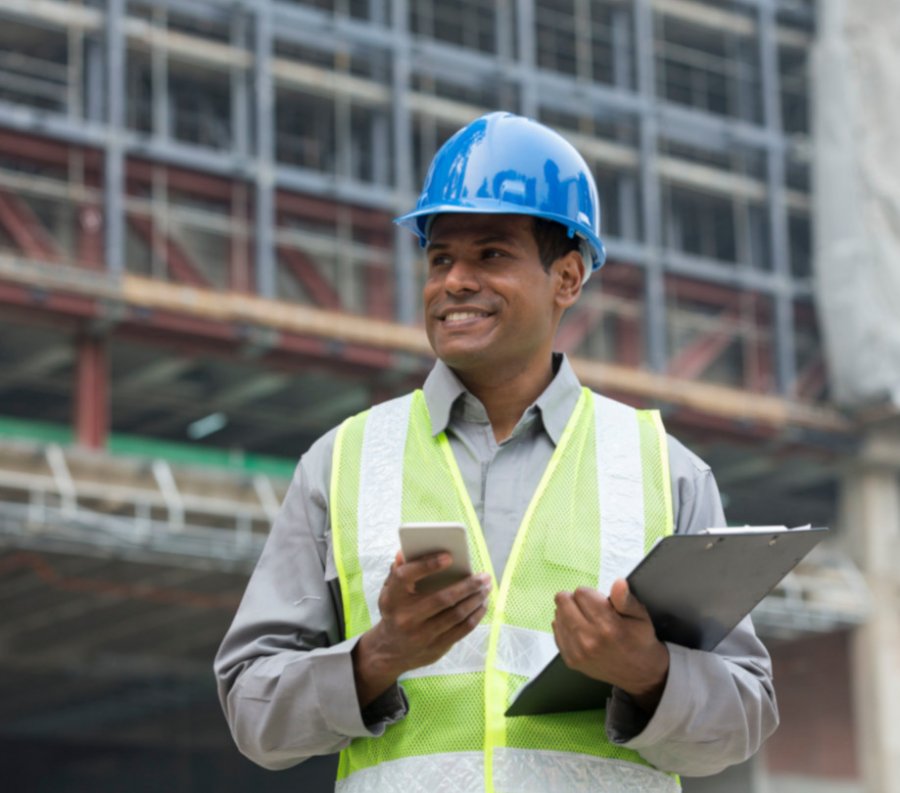 Though often thought of as consumer technologies, the potential applications of AR and VR in professional settings are diverse. VR is already being used to help train surgeons and pilots, provide virtual tours of listed homes, and create virtual walkthroughs of architectural models.

They say a picture’s worth a thousand words, which is probably why there are thousands of mobile apps designed to help users capture, send and discover images of what’s important to them. Ever since the first smartphone slid off the assembly line, photos have been an essential feature of mobile marketing and social media. But while consumer-facing tools have become wildly successful (Pinterest, anyone?), organizations are only beginning to understand the business value of integrating imaging into their enterprise applications. It’s not an exaggeration to say that business apps that incorporate photos have the power to transform entire industries.

Verticals that require a lot of data collection are experiencing a major leap in efficiency as photos become more integrated into their core functions. That’s because photos are, in most cases, the quickest way to capture and communicate large amounts of information. Research into the subject corroborates this: people process images 60,000 times faster than they do written information. This feature of human perception helps explain why mobile devices, with their ability to capture, store and categorize large numbers of photos, are becoming more important to companies across the U.S.

One common business process that has already seen photos from mobile apps become part of standard practice is property inspections. Mobile inspection apps are quickly replacing paper-and-pen checklists, which often fail to capture the nuances inherent in individual companies, buildings, locations or equipment. When you’re dealing with security and safety, those small data points are everything - which is why modern inspection apps, with their ability to both direct the user in the collection of high-quality photos and store those photos in a sophisticated database automatically, have become the industry standard.

Not only do photos make information easily digestible, but they also help organizations build a set of information that can inform future decision-making. By using mobile inspection apps, for example, leaders can view detailed photographic and contextual information about their assets, and this data can be organized by location and brand to further analyze asset lifespan and effectiveness, and inform purchasing decisions (such as knowing ahead of time when replacements are needed). Since the inspection data doesn’t rely on the manual transcription from paper forms into databases or spreadsheets - with the risk of human error associated - managers can use it with confidence to make strategic decisions about their business’s capital assets.

The downside of photos is that they take up a lot more space than plain text. But developers have a number of strategies available to them to help maximize efficiency. Most business-class apps, for example, can get away with significant photo compression, which can minimize storage needs by a factor of 10 or more. Developers can also limit the contexts in which photos are accepted as input to where they’re actually needed.

In general, it’s great if you can get around to implementing these kinds of enhancements, but it’s mostly just icing on the cake. Cloud storage today is cheaper than ever, and rates decrease incrementally the more you use. Instead of trying to save a few pennies, the top priority should always be on incorporating photos where they improve the user experience and the capture and availability of data.

AR (augmented reality) and VR (virtual reality) technologies take the benefits of photos and amplify them. Both technologies store and present data about environments and objects - either real or imaginary, in the case of VR - in three dimensions. If real, the data comes from an omnidirectional or “360” camera. Though often thought of as consumer technologies, the potential applications of AR and VR in professional settings are diverse. Already, VR is being used to help train surgeons and pilots, provide virtual tours of listed homes, and create virtual walkthroughs of architectural models.

How might these advancements be relevant for enterprise applications? Basically, anywhere where there’s value in being able to capture and present data through 2D photos there is likely to be even more value in having a 3D representation. For instance, many digital inspection apps currently allow users to capture images of objects or spaces that they need to document for compliance purposes. VR could save inspectors a lot of time by allowing them to take a single, detailed scan of each room, rather than individual photos of each item.

The current obstacles to higher usage are the time and complexity associated with capturing, storing and presenting VR experiences. Additionally, most 360 cameras are still too big to fit into most consumer mobile devices. But let’s not forget that all this was also true of computers - and photography for that matter — just a generation ago. Forward-looking enterprise app developers should start thinking today about how they might make use of this technology when it inevitably becomes standard smartphone equipment.

Smile for the camera

As the success of mobile inspection apps demonstrates, photos are a vital tool in the quest for the most efficient way to process and distribute information. Mobile business-class technology is a development that is already changing inspections, but any industry that manages visual data can use these techniques. What’s more, mobile camera technology is only growing more impressive as time goes on. In the next decade, AI and machine learning will undoubtedly get better at “reading” 2D photos and translating them automatically into structured, searchable data, opening up an even wider array of possibilities for photo collection and integration. And with powerful new AR and VR technologies on the horizon, the advantages of image capture over manual data entry will only continue to multiply.