Next
Magnus Jern
5/2/2018 7:51:05 AM
5/2/2018 7:51:05 AM
A developer's guide to catch the next big smartphone wave
App Developer Tips,App Marketing
https://appdevelopermagazine.com/images/news_images/Catch-The-Next-Smartphone-Wave-App-Developer-Magazine_mrf8eymf.jpg 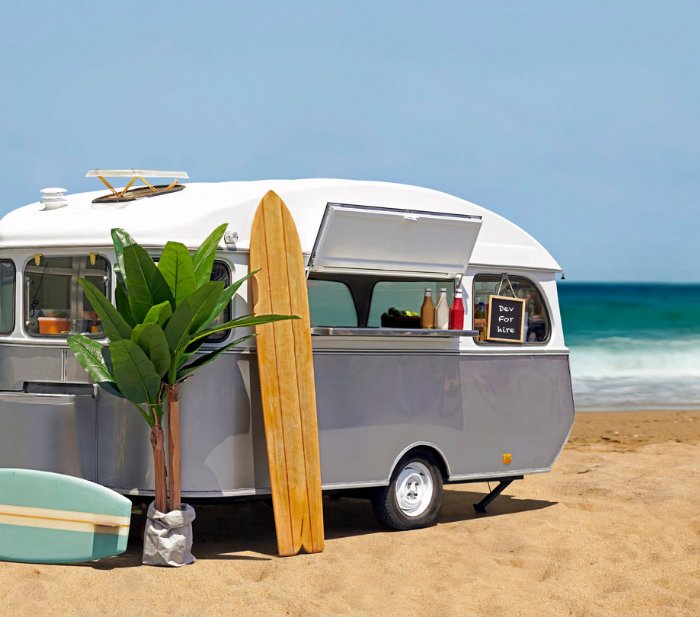 A developer's guide to catch the next big smartphone wave

How to get a leg up on the next wave of smartphone sales to help you penetrate an overly saturated market, ruled by cutting edge mobile features, but not entirely focused in the right direction.

The recent news from Gartner on the first ever global decline in smartphone sales was a question of when, not if, the sizzling market for smartphones would finally cool down. In fact, the 5.6 percent decline in end user sales during Q4 2017, compared to Q4 2016, is probably best understood as a healthy sign of a successfully mature market. It’s not unlike previous eras where cars or televisions finally made their way to the garages and living rooms of almost everybody who wanted one.

That said, manufacturers, app developers and others who rely on smartphone sales for their livelihoods still have a challenge on their hands: How to grow in a market that is newly-saturated, with most of the low-hanging fruit (like carrier subsidies and a non-stop parade of new, must-have features) being a thing of the past. I believe this challenge is best met by understanding the industry dynamics at work today, and taking the right lessons for how to compete tomorrow.

A Range of Factors

There’s no single reason that led to the sales decline we’re seeing right now. Instead, it’s a confluence of factors - a perfect storm of industry dynamics - that are collectively responsible for the dip. Gartner rightly flags a trend among smartphone owners to select quality models and then keep them longer; and on the other side of the budget spectrum, Gartner points to a slowing of upgrades from feature phones due to a lack of quality “ultra low cost” smartphones. But there are other dynamics at work as well, two of which I already mentioned as the “low hanging fruit” that’s already been picked clean.

Previous years’ sales benefited from major new features - things like bigger screens, biometric security, location-tracking and dramatic improvements in processing or screen resolution - which meant the difference between each upgrade experience was a big one for consumers. Today, most of the innovation comes from software, whereas hardware upgrades are incremental and involve optimizing current features such as battery life and camera specs.

Carriers, meanwhile, have largely retreated from the practice of subsidizing the cost of smartphones. For years, carrier subsidies helped put more smartphones in the hands of consumers. But with profitability dropping fast, carriers simply aren’t offering to support the cost of phones anymore.

It seems clear that, to boost sales in the future, our industry needs to look to new levers for growth and competitive advantage.

Many point to the imminent availability of 5G as the bandwidth tide that will lift the boat of smartphone sales. However, I don’t think the impact will be all that significant. While it’s true that 5G will support faster processing and lower latency, that kind of performance edge is more important for behind the scenes use cases - like connectivity for autonomous cars, and getting more bandwidth onto a carrier’s network. I believe 5G’s consumer-facing impact will be much more muted. Today’s smartphone functionality on existing 4G networks is, by and large, good enough for most customers.

Far more consequential, in my opinion, will be what manufacturers and app developers can increasingly do with AI and edge computing. The more we can empower smartphones with advanced intelligence and independent computing capability, the more we can leverage phones for that next wave of truly eye-popping functionality that will excite and energize consumers to buy new phones. Let me share just two examples to illustrate what I mean:

Adoption is brisk for digital assistants like Google Assistant or Amazon’s Alexa - even though most of these products still involve a stationery speaker located in a room. What if we could fully empower a smartphone with the right AI and edge computing power to be the kind of digital assistant that goes with you everywhere? I see that as a huge opportunity for those who seize it first.

Or think of AI-driven object recognition. There’s already progress on this front, including LG’s impressive demo at this year’s Mobile World Congress of its V30 smartphone’s ability to incorporate smart image detection, food and pet recognition and Google Assistant commands. Innovators who run with this concept could ultimately give us phones that can recognize dozens of images in a photo - with intelligence that could conceivably allow you to do feng shui enabled furniture purchases for your living room. The same technology could let you snap a picture of that trendy sweater you see someone wearing on a street corner - or even on your tv screen - and instantly know exactly what brand it is and where to buy it. Combine this with Augmented Reality (AR) and the opportunities are endless.

Developers and the “Leap of Faith” to Innovate for Tomorrow

Of course, consumer-facing innovations don’t just magically appear; they need to be developed and architected over the course of months and years. The problem is, much of the development ecosystem today is focused on catering to the masses - scanning what consumers are demanding today and building those products and services. That was fine during the boom years for smartphone sales. But smart developers today are the ones willing to invest in new innovations that may only reach a sliver of the population today, but will ultimately draw large audiences in the future.

When the iPhone first came out more than a decade ago, for instance, there weren’t a ton of users right away. Still, developers saw the opportunity and invested heavily in iPhone apps. Sure enough, the audience for those innovations eventually mushroomed and made a lot of developers very successful. I believe we’re now at a similar crossroads, one where developers must take a leap of faith and invest in AI, AR, edge computing and other elements that will power smartphone innovation - and sales - in the coming years!
This content is made possible by a guest author, or sponsor; it is not written by and does not necessarily reflect the views of App Developer Magazine's editorial staff.
App Developer Tips, App Marketing
share