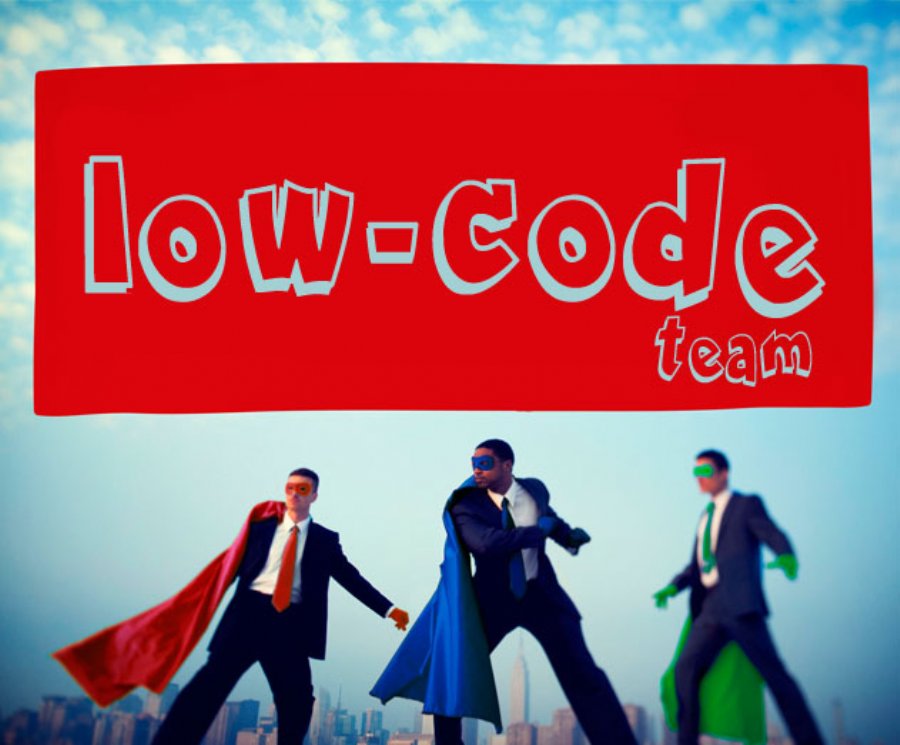 3 reasons low code software is helping IT departments be superheroes


130,899
Although we’ve long since entered the digital age, many organizations remain saddled with legacy IT systems, unable to keep up with the growing and ever-changing demands of the business. Not only that, with resources stretched, many IT departments are left with no choice but to prioritize day-to-day management over business innovation. And yet despite considerable challenges like these, there’s also good news: Low-code platforms are helping to bridge the gap between business needs and IT capabilities.
Low-code platforms give businesses the ability to create the apps they need quickly and simply, taking much of the pressure off IT. The result is secure, reliable apps that meet critical business needs while also ensuring that IT maintains control over key business functions such as data management.
With business units demanding new solutions faster than ever, adoption of low-code platforms is enabling organisations to rapidly close the divide between business demands and IT’s ability to respond. Below I’ve outlined some of the key ways in which low-code platforms can help business units better use IT resources:

Speed is certainly the biggest benefit of taking a low-code approach to application development. With a low-code platform, business units can prototype applications in hours, rather than weeks or months. This allows IT to gain valuable feedback from end users and to adjust their solutions to meet evolving and mission-critical business requirements - improving collaboration between business and IT teams. That means that what ultimately gets built is actually a valuable application that the business teams can use. This enables a faster and more streamlined development process, positioning IT as an adaptive and responsive business partner for creating new processes, apps and initiatives, rather than a potential source of disruption to the business.
To help underscore the point, consider the case of AXA, a multinational insurance firm that sought to improve customer experience and reduce costs through rapid innovation. To achieve this, AXA decided to modernize its claims processing system by adding a web-based portal using OutSystems. The new portal, ‘eServe’, took just three months to build. It provides an elegant and highly functional front-end that works on mobile devices and desktop computers, and integrates with AXA’s legacy system, ACS, an in-house platform based on Oracle and .NET. After building the portal, AXA was able to immediately cut the costs associated with managing its call centre while enabling brokers to self-service claims processing. In effect, the new, streamlined system has decreased the amount of time it takes for brokers to satisfy customer demands.

Faster development means that IT departments can offload certain development projects to the appropriate business departments, allowing them to create basic applications without coding. As a result, small development projects are removed from IT departments’ backlogs, freeing them up to focus on more business-critical tasks. Ultimately, businesses can accelerate their app development using low-code platforms to gain quick, incremental wins. It’s a much faster and more efficient approach than outsourcing the work to third parties or waiting for IT organisations to complete it using traditional development methods.
Ricoh (Singapore) Pte Ltd., a global provider of image-processing equipment, is another great example. It’s a business with many departments, each of which historically had its own custom-built applications. Unfortunately since there were no APIs, those applications were unable to talk to each other, which led to a lot of siloed information. But, when Ricoh partnered with OutSystems to replace several of its disjointed applications, it did more than just break down its siloed data stream. In fact, the company was able to avoid additional software costs, reduce its hardware costs, and increase developer productivity. Not only that, the company achieved an ROI of 253 percent, while also racking up annual savings of £106,458.
AXA and Ricoh are both examples of companies that built a responsive, custom app to solve the business issues they were facing quickly and efficiently, giving employees the right tools to complete the job successfully in the process. This meant that IT resources were able to concentrate on the functionality and user experience of the apps, rather than on routine code and delivery schedules.

Business users have been trying either to build their own software-based solutions or customise existing solutions for years now, but with limited success. The visual tools of the 90s never lived up to their promise, and subsequent approaches like model-driven development and enterprise mashups typically over promised and under delivered on the ability for business users to build or modify their own applications.
Today’s low-code and no-code visual app development platforms have come a long way from the 90s. Standards have matured, RESTful APIs are now abundant, and these no-code and low-code platforms are able to resolve many of the enterprise challenges the citizen developer faces as they seek to build and deploy applications in a secure, governed enterprise environment. These business users, usually in concert with IT, now can leverage a combination of trends and technologies to augment their ability to create increasingly sophisticated applications.
These are just a couple of examples of how business and IT are working together to produce better processes and systems using low-code application platforms. With digital transformation on the agenda of so many of today’s organisations, the demand for ever more enterprise apps shows no signs of abating anytime soon. Low-code platforms are certainly helping to bridge the resource, skills and agility gap and to ensure that IT departments are able to meet the demands of both the business and the end customer.
This content is made possible by a guest author, or sponsor; it is not written by and does not necessarily reflect the views of App Developer Magazine's editorial staff.