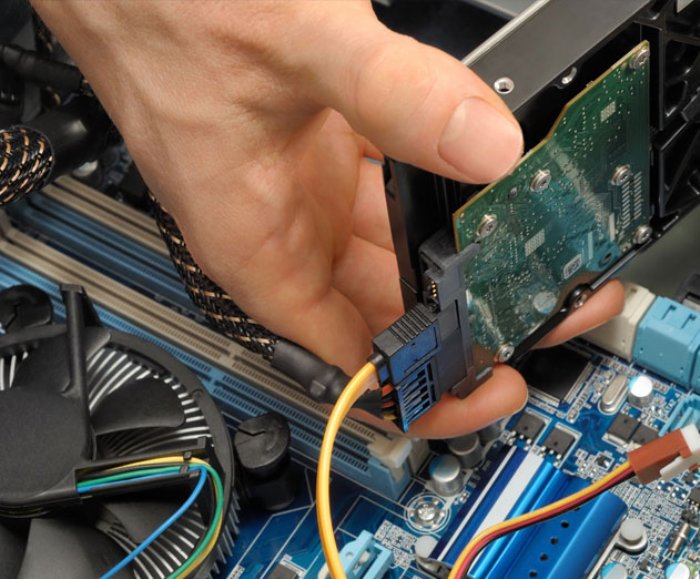 IT Jobs Still Growing in the US Says COMTIA Latest Report


4,045
CompTIA has released its latest analysis of the latest Bureau of Labor Statistics data as it relates to the U.S. information technology (IT) sector employment. As CompTIA reports, the IT sector saw its second consecutive month of growth in July, though at a significantly slower pace than in the prior month adding 4,000 jobs in July. Through the first seven months of 2016, IT sector employment has increased by 47,100 jobs and stood at 4,392,800 jobs at the end of July.
According to Tim Herbert, senior vice president, research and market intelligence, CompTIA, “In light of the employment gains nationally, the modest increase in IT sector employment could be viewed with a degree of disappointment. Monthly data aside, the over-arching trend for the IT sector remains favorable. As tech companies shift into new categories such as cloud, big data, artificial intelligence (AI) and the Internet of Things(IoT), they will seek a range of new skills.
For July, job gains were reported in computer systems design as well as IT software and services (up 8,200) and other information services, including search portals which were up 1,500. July job declines were reported in computer and electronic products manufacturing (down 3,100 jobs), data processing, hosting and related services (down 2,300) and telecommunications (down 300).
The IT workforce includes two components: employment within the IT sector and IT occupations across all other industries. IT occupation employment declined by 88,000 jobs in July, a drop-off of 1.9 percent. For the year IT occupations are down by 46,000 jobs to an estimated 4,438,000.
As CompTIA points out, the monthly IT occupation data from the Bureau of Labor Statistics includes workers of all types – full-time, part-time and self-employed – which can result in higher levels of volatility from month-to-month.
CompTIA's report on U.S. tech employment is based on an analysis of the August 5 release of the Employment Situation report from the US Bureau of Labor Statistics. 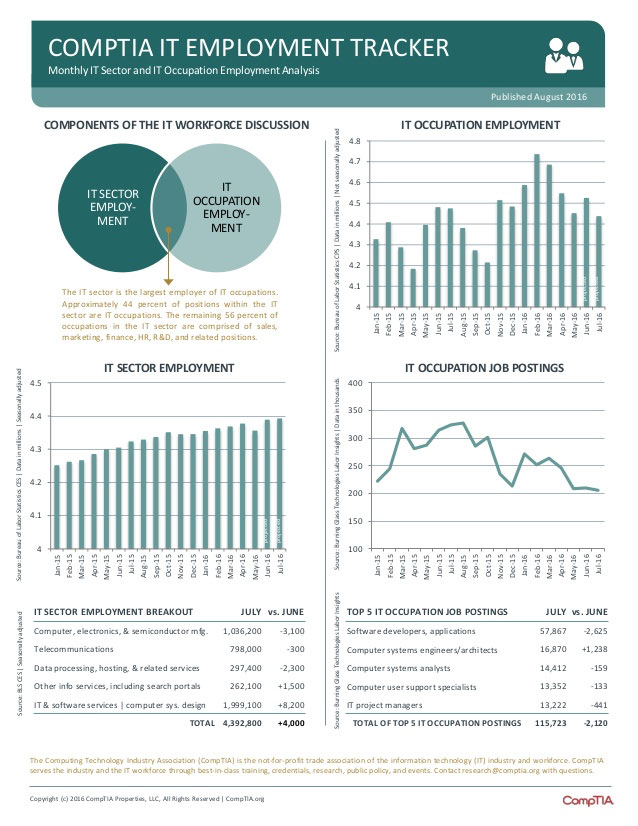