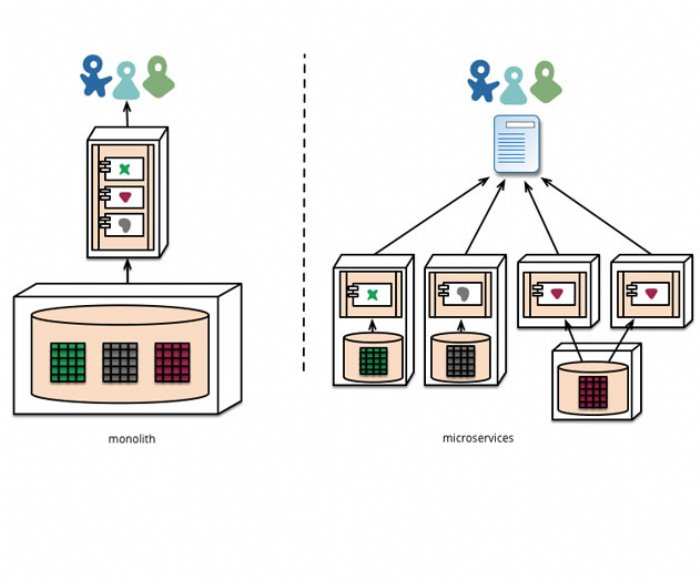 
4,462
In its Summer 2016 release, AppDynamics has introduced its new Microservices iQ solution, which offers a new performance engine as part of the AppDynamics App iQ Platform. The new addition provides the ability to monitor, manage and optimize microservices architectures, providing the ability for Agile teams to continuously build, test and monitor microservices.
Microservices iQ extends AppDynamics’ existing App iQ Platform of intelligent performance engines that work in concert to help ensure enterprises can deliver peak performance across any application, user engagement and business transaction.
With Microservices iQ, microservices are automatically detected as service endpoints and tracked continuously in elastic infrastructure with proper data retention and correlation across multiple instances. Detailed diagnostics including thread contention analysis assist in isolating the root cause of microservice performance issues
The new offering is designed to help companies break up large, rigid, monolithic applications into smaller, more manageable pieces with microservices. Microservices require many more application server instances to run the smaller pieces, creating a significantly larger footprint of application instances. Microservices iQ helps companies monitor, manage and bolster their performance in enterprise production environments.
Microservices iQ capabilities include:
Service Endpoint
Microservices iQ automatically detects the service endpoints of a microservices architecture, enabling companies to shine a spotlight on a particular microservice without worrying about potentially multiple business transactions that use it. DevOps teams can then monitor that microservice’s key performance indicators (KPIs) like calls per minute, average response time, and errors per minute from early in the development lifecycle through production.
Snapshots with detailed diagnostics enable DevOps teams to drill down and isolate the root cause of any performance issues affecting any microservices. Microservices are developed in isolation, and then used by one or more business transactions. Now DevOps teams can focus on their areas of responsibility, making them more efficient, while AppDynamics helps ensure the broader business is performing.
Elasticity Management
In highly dynamic environments, with microservices deployed in containers or the cloud, underlying infrastructure nodes can scale up and down rapidly, creating a significant operational challenge to track their performance.
Microservices iQ uses a logical identity system to solve this and maintains historical data under these identities, making it easy and efficient to keep track of them continuously. Companies can now focus on the health of their microservices overall, without being distracted by fluctuations of hosts or containers starting and stopping.
Contention Analysis
Microservices often must scale to support thousands of simultaneous requests, which raises the likelihood of bottlenecks as requests try to access the same data. When used within the scope of service endpoints the new thread contention analyzer helps identify methods where threads are blocked–identifying block time, blocking object and the blocking line of code. Thus significantly minimizing the time required to isolate and resolve application performance issues with microservices and the business transactions invoking them. It helps companies scale their microservices with confidence that the potentially thousands of simultaneous requests will succeed.